In a dystopian post-apocalyptic world, a Judeo-Christian fanatic group called The Regime has taken control of the entire world. Meanwhile, a global organization of resistance cells called the GRN (guess what it stands for) tries to fight The Regime and its army of genetically enhanced super soliders that have crosses imprinted on their armor.

Previously known as a Source-powered game called Salvation, the Unreal-powered Scivelation (science+revelation) puts you in control of two characters who will shoot, climb, stealth, and stab their way through a third-person action adventure. 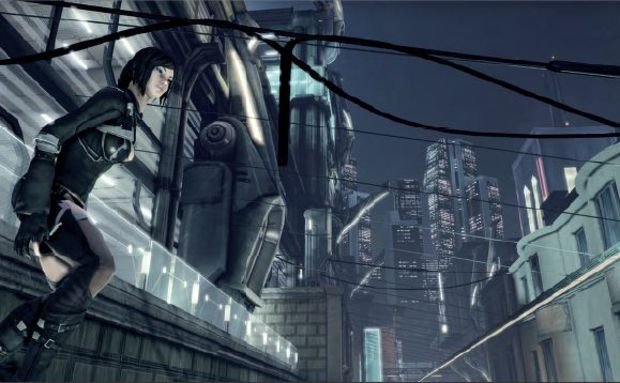 You play through Scivelation as two characters in the GRN. A Japanese assassin hottie named Elisha who, if you saw her, can obviously be identified as a former scientist just by looking at her, and a Russian soldier named Mikhail. Throughout the game you’ll play as one of the two characters, but there will be some levels where the characters meet, allowing you to choose which one you want to control.

The demo at gamescom only featured Elisha who can snipe people, activate an invisibility cloak system that still allows you to identify her womanly curves, and do her sneaky-sneaky thing while mostly evading direct conflict where possible.

It looked a bit like a mix between Metal Gear Solid 4 with the stealth mechanics, and Uncharted in terms of combat and being able to scale walls and shimmy ledges. 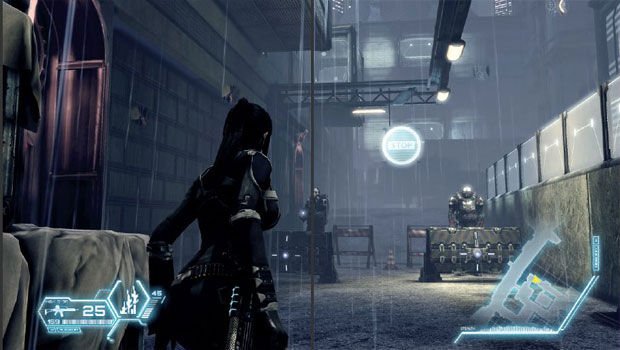 Everything about Scivelation did look a bit generic, though. Some of the game’s innovative features include being able to pick up enemy weapons or “unique stealth moves, including stealth kills.” If you’ve played third-person stealth games and action adventures, you can probably jump right into Scivelation and bypass any tutorial as long as you know which button does what.

Where the game does show potential is in its storyline and world. Inspired by books like 1984 and Brave New World, as well as movies like V for Vendetta, there is an opportunity here to craft a really interesting world that delves into themes like the corruption of institutions, religious zealotry, and the eternal question of why female scientists in videogames always wear skimpy outfits.

Scivelation hasn’t been in production for very long, so we’ll have to wait and see if Black Wing Foundation can turn it into something interesting.