Most strategy games give players command of massive armies, relegating individual soldiers to the status of faceless grunt. Even when players are micromanaging small units, the components of those groups are usually identical and interchangeable. That’s not the case in Firaxis Games’ XCOM: Enemy Unknown, the upcoming re-imagining of MicroProse’s 1994 PC classic, X-COM: UFO Defense (named UFO: Enemy Unknown in Europe and Australia).

The top-level story in XCOM is a universal one: in the present day, aliens with higher intelligence and superior technology invade Earth and begin abducting humans. XCOM is the secret military organization that mankind puts together to stand up for itself, and it’s made up of people from around the world. When you lead XCOM operatives into combat against your mysterious enemy, you get to know those soldiers. And then you get to watch as aliens slaughter them. 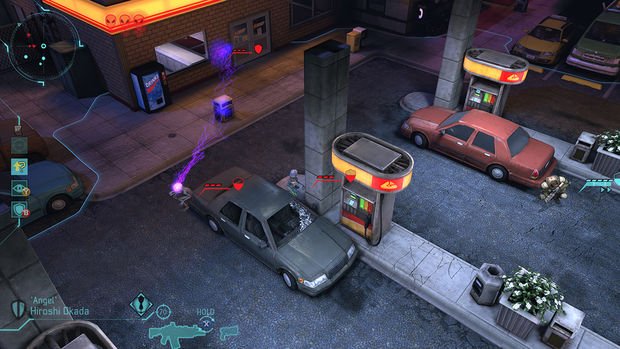 Enemy Unknown’s lead designer, Jake Solomon, began a hands-off gameplay demo by praising the X-COM series’ pedigree. “Even today, there’s still no game that combines the epic, world-changing decisions on the strategy layer with the intimate, heart-pounding decisions on the combat layer.” As in the original X-COM, gameplay is split into strategy elements in the XCOM headquarters, and turn-based combat in the field. Of course, videogames have evolved greatly in the past two decades, and Firaxis has made many changes toward modernization and accessibility.

“A lot of people consider [accessibility] to be a dirty word when it relates to something that they feel strongly about,” Solomon told me in an interview after the gameplay presentation. “But any designer — any designer — has to value accessibility. If you can keep something intact feature-wise and you can make it more accessible,” that’s valuable. To that end, Firaxis removed the time unit; according to Solomon, players had trouble relating that vague number to what they could do in combat. In Enemy Unknown, you can take two actions per soldier in a turn: move and perform an action, or move far.

A soldier in the demo made use of an ability called “run and gun,” which allows you to move very far and shoot. This is another update to the X-COM formula. “When we started on this project,” said Solomon, “my first prototype was very similar to the original game.” However, he wanted to implement class specialization, and let players assign abilities to soldiers in addition to moving and shooting. RPG elements like these are meant to give players more options and build a greater connection between them and their soldiers. 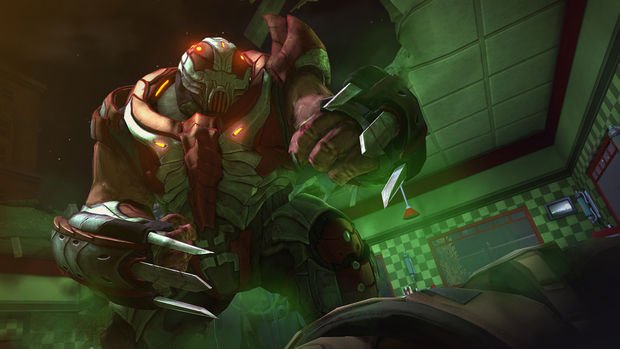 Seeing your XCOM operatives as individuals fosters that connection; you can customize your male and female soldiers, editing their nicknames, nationalities, armor, weapons, and abilities. Another option Firaxis is discussing is an ‘attitude’ setting. “Maybe soldiers come in as rookies, and they’re very buttoned-up and they’re all straight military talk,” Solomon suggested. “But then you have the ability to […] turn on attitude, so when they save lives, they use the more crazy, out-there lines.”

The dialogue in the demo featured a few clunkers, and Solomon acknowledged that the team is still deciding which lines they will keep. Soldiers spouted quips — such as “dead as disco,” after a kill — whose tone seemed at odds with the alien invasion/abduction scenario that Enemy Unknown presents. That’s intentional, said Solomon. “The darker you make your game, the more humor, I think, you have to have,” he told me, “because […] if you take it too seriously, you really run the risk of losing touch.”

XCOM, with its menacing aliens and ominous musical cues, is supposed to feel foreboding. But the dialogue brings levity to the proceedings, and the character models — the alien design gives clear nods to mid-20th-century Area 51 mythology, while the stylized helmet-less soldiers take after G.I. Joe — convey a mood that skirts the line between dark humor and camp. And it all comes back to connecting players with every one of their soldiers, which makes the list of fallen heroes in the XCOM base’s Memorial room that much more somber. 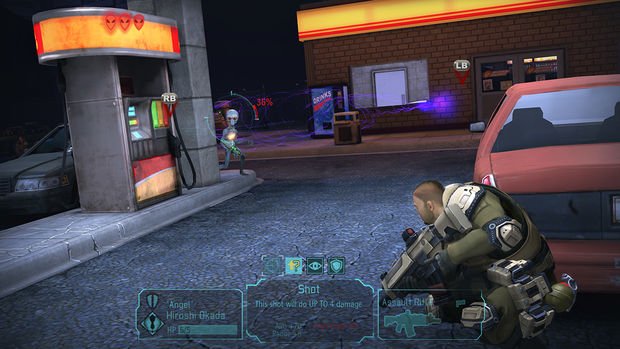 XCOM’s underground headquarters is presented in a vertical cross-section, a “living diorama” that Firaxis calls the “ant farm.” It’s a microcosm of the XCOM experience, which runs the gamut from a single soldier to all the humans living on Earth. The entire base — including Mission Control, the Situation Room, the Hangar, and the Armory — is laid out before you, and you can zoom in to see individual soldiers staying fit on treadmills. Enemy Unknown starts you off with the essentials, letting you decide later on where you will excavate to expand the base. Alien artifacts that you recover during missions can be examined in the Research Labs, and that theory becomes reality in the Engineering area. Soldiers call the Barracks home, and will receive promotions there.

Mission Control is where you scan the planet for alien activity. There’s no set sequence of missions in XCOM. It’s nonlinear, but not in a random way: your actions influence the missions that come up. If you put more resources into your satellite network, the game might present you with more aerial combat scenarios. Depending on your relationship with the world’s nations, a country might ask you to investigate strange goings-on within their boundaries. “There are some set-piece missions that are really tied into the story,” said Solomon, but the general missions along the way will vary.

Once you’ve found a mission, you deploy your squad into turn-based combat. This is no isometric setup, however; Firaxis has put a lot of effort into the presentation of gameplay, with cinematic shots for actions taken by humans and aliens. As in modern third-person shooters, cover is a key mechanic in XCOM. The gameplay demo exhibited some smart teamwork, with the squad’s heavy weapons expert providing suppressing fire out of cover to pin down a Sectoid — the quintessential big-headed, glassy-eyed little gray alien — while an Assault soldier flanked the creature and blew it away with her shotgun. (You’re not actually aiming a reticle; actions are marked with success percentages based on dice rolls.) 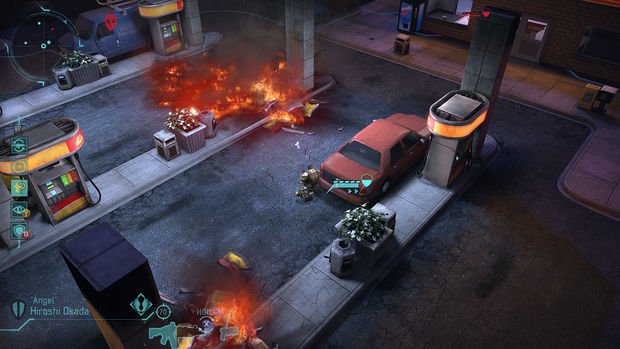 Sectoids aren’t helpless, though. Two of them mind-merged, strengthening themselves with a purple beam that passed between them, and another engaged the “overwatch” ability, which allowed it to see and shoot at any human that moved. So the Firaxis rep playing the demo used his Sniper’s grapple ability to swing up to the roof of the gas station in the area and line up a clear overhead shot. In the next turn, the Heavy threw a grenade at a Sectoid cowering from suppression; it tried to return fire, but couldn’t hit anybody before an explosion killed it and blew up a gas pump in the process.

The next section revealed two more alien races: the green Mutons from the original X-COM, and an intimidating new beast, the Berserker. It smashed a restaurant’s front door and windows to beat down on a soldier, pummeling him to death. Then, the female Assault operative climbed onto the building’s roof, which had previously been blown open, to get behind and take out a Muton that was suppressing the Heavy. Once it was down, the Heavy was free to blow up the Berserker with his rocket launcher. The blast took out the diner’s front wall, showcasing XCOM’s destructible environments.

2K’s announcement of this remake came as a surprise, especially since the company’s president, Christoph Hartmann, declared last year that “strategy games are just not contemporary.” But after seeing a 15-minute demo of XCOM: Enemy Unknown, I understand why they greenlit the project. Firaxis is making smart changes to modernize a beloved game, and hopefully, to bring it to a wider audience. I haven’t been a fan of traditional strategy games, but I’ll be interested to see how this one turns out.