At a press event last week Activision pointed us to PlayStation 3 and Xbox 360 kiosks, telling us to have at it. They let us go nuts with the full first hour or so of Radical Entertainment’s Prototype 2, uninterrupted, for the first time. Nice.

I got a drink, ate some cake pops, and settled in for my first taste of this ragey, f-bomby, power-trippy sandbox follow-up to the 2009 original. 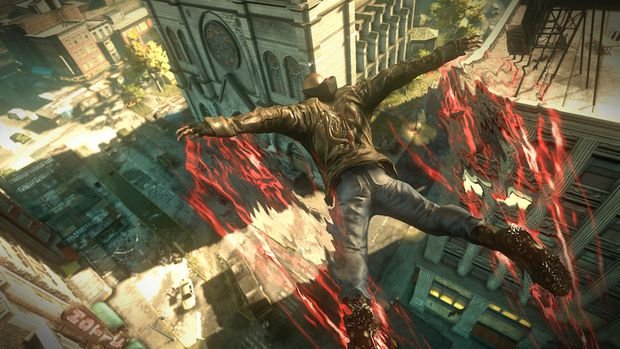 Prototype 2′s hero, James Heller, is pissed. From the game’s very beginning cutscene he’s already pissed. Who could blame him? He’s at work but really hates his job, is dealing with a serious case of post-traumatic stress disorder and is stuck in a disease-ridden New York City (now called New York Zero.) Oh, and his whole family died as a result of the disease outbreak. But wait, it gets worse!

The guy he blames for all of this, Prototype‘s main character Alex Mercer, shows up out of nowhere and blows up a vehicle that Heller and his co-workers are riding in, killing everyone but Heller. It seems that Mercer is there to see Heller and begins taunting him, forcing him to follow through the wrecked streets, past the bodies of his friends. And then, shit meets fan: Mercer hits Heller with the bad stuff, turning him into another morphing, superhuman killing machine. Worst. Day. Ever. 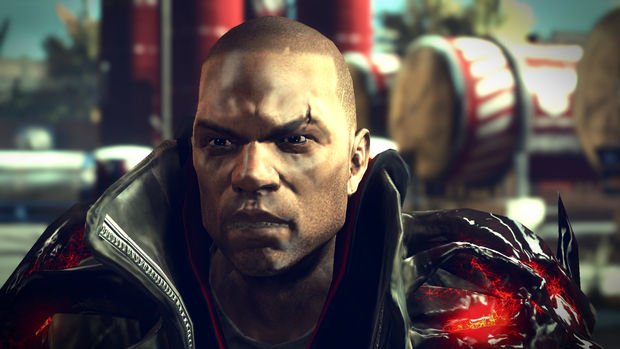 Now Heller is a walking weapon and a morphing arsenal, and that makes it feel really good to play as him. Like Prototype‘s Mercer, Heller can rip anything and anyone to shreds, run up any wall, jump from rooftop-to-rooftop, and most importantly, make really deadly and bloody killing things come out of his limbs. The difference here is that Heller does it better. Smoother. Cleaner. Fancier. While I could never quite get over Prototype’s loose and slightly sloppy movement, aiming, and targeting, this sequel shows that the folks at Radical have put a good amount of work into the control and feeling. In my book that’s a great first impression.

Another difference is that Heller is all about these powers, and it feels like he really wants to put them to good use. He’s angry and ready to do some damage, and that anger grows as he learns more about his former employer and the people behind the outbreak that killed his family and ruined New York. The more he learns the madder he gets, so it’s good that he has so many ways to vent has rage.

Given that the game gradually introduces the player to new fighting mechanics and abilities, the first hour or so of play only had me doing basic attacks, working up to ripping at baddies with claws near the end. That was fun, but there’s so much more to get your hands dirty with. 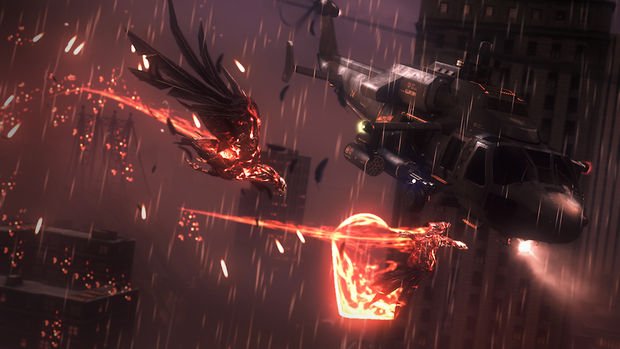 Thankfully, Activision also had a fully armed Heller ready in a separate demo where I could test out all of his abilities in NYZ’s Red Zone, the quarantined section of the city that holds in all of the infected people. This was a delight. A new quick-access circle menu lets the player quickly assign abilities to buttons, with two different abilities equippable at one time.

I loved slashing the shit out of everything in sight with the whipfist, or getting all Hulk hands-y with the hammerfists. Blades and claws are always a delight, especially when you can spin around like a fucked up ballerina and cut anything near, as with the former. My favorite weapon had to be the tendrils, which are bio-tentacles that fly out from Heller’s arm in all directions, ripping everything to shreds. Using these, I had no problem pulling helicopters out of the sky. I also enjoyed the secondary attack ability that lets Heller inject a poor bystander with explosive goop and then fling them like a huge, fleshy grenade. I took down tanks this way!

With the first hour being really heavy on story and mechanics training, I don’t feel like I can speak much to how the story will unfold. Unfortunately, I only got to play through the first mission before my play time was cut short. In this mission Heller follows up on an intercepted message that lets him know that diseased specimens will be released in a city park as a sort of test. To prevent that from happening, Heller goes to the site and tries to block the specimens from getting out into the city. It was a fun mission that involved a bit of stealth, some weapon use (missiles taking out a tank) and finally killing the sub-bosses to earn the first ability, claws. I laughed out loud when one of the NPCs screamed, “He’s got fucking claws!” 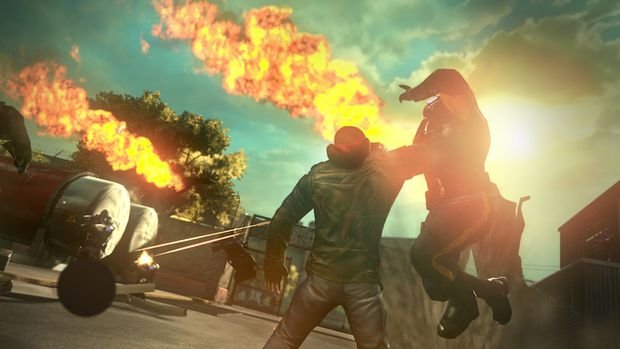 It seems that story progression will heavily lean on Heller’s ability to send out a sort of sonar wave to find enemies, eventually leading him to the main enemy, Mercer. This will likely be used alongside the returning consumption mechanic. Heller can consume anyone to take on their ability and see their memories, though in this game players will have to be careful as it seems that someone out there is onto him and this ability.

The story is definitely going somewhere, though. Even in this first hour, through the people Heller consumed, he could see that there’s far worse people out there than Mercer. Even though Mercer turned Heller into a killing machine, it could be that someone else is to blame for the outbreak and killing.

I’ll give it to you straight: when it comes to the dark, super-powered antihero sandbox games, I’ve always been more of an inFAMOUS guy. It’s not that I didn’t enjoy the first Prototype, but inFAMOUS seemed to fit me bit better, and its follow-up was a blast. But, with what I’ve seen of Prototype 2, it feels like Radical could win this second round. It’s already clear that the control is better, and there’s at least a hint an improved story, so I’m feeling good about this. I’m looking forward to finding out for sure this April.