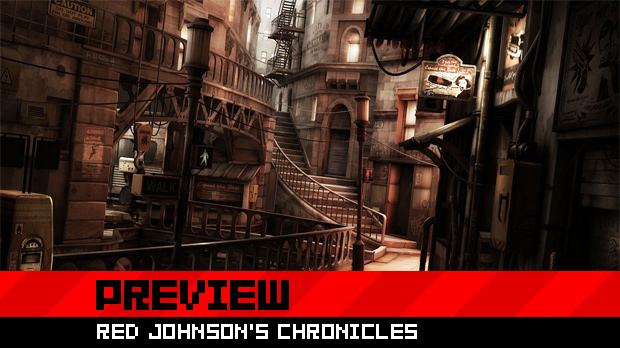 Several things came to mind when I first heard of Red Johnson’s Chronicles. I thought it perhaps the heroic tale of one man’s struggle to survive in a post-apocalyptic planet overrun by one-legged banshees. Or maybe, I hypothesized, you play as an elderly gentleman librarian whose chronicles were stolen and now you must search the globe in order to retrieve them! I even wondered for a second if it was about a giant anthropomorphic penis that breaks loose from its owner and goes on a terrorizing rampage around the city before finally devouring a bus full of tourists. Or maybe, I presumed, it’s just a story about a guy who solves a mystery or something.

Well, turns out, I was right.

Red Johnson’s Chronicles is your average point-and-click adventure game with a murder mystery twist. Taking inspiration from titles like Monkey Island, Professor Layton, and Phoenix Wright, the game manages to seamlessly infuse problem solving skills with investigative techniques in a way that is nothing short of captivating. In doing so, the developers have created what they feel offers a fun and interesting alternative to Rockstar’s upcoming murder mystery, L.A. Noire, at a significantly lower price point.

You play as Red Johnson, a gritty private investigator who has been tasked to solve the murder of one of the most hated men in Metropolis City. Some of the suspects in consideration are Theresa, the widowed wife who seems strangely unconcerned by the murder of her husband, and Sonia, a young female escort whose exact role in the murder becomes clear as more clues are uncovered.

Most of the gameplay involves interactive dialogue with suspects and witnesses. Quick thinking is critical; since the responses are timed, too much hesitation could cost you an important clue at best and kill you at worst. 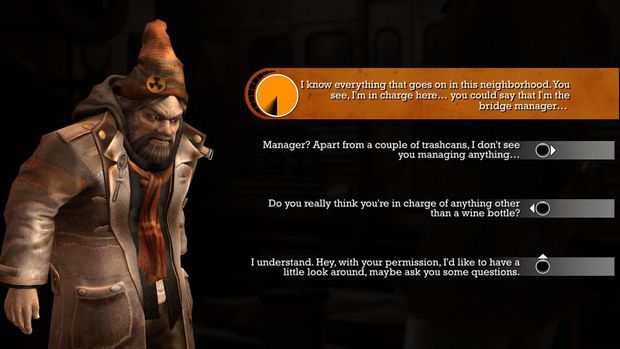 Getting the information you need will require finesse and sometimes even force, though physical violence is rarely necessary and not a central focus of the gameplay. According to Djamil Kemal, the Marketing & Business Development Director for Lexis Numérique, not until several hours into the game does using a weapon even become necessary. In place of action, the developers have scattered tons of puzzles throughout the game which provide a nice switch-up from the narrative. Each type of puzzle is unique as well, so players will never see the same one twice.

The game follows one main storyline and progresses through missions. Discovering evidence or gaining a key piece of information typically translates to a successfully completed mission. Each completed mission earns you money which can be used to purchase clues. Since the developers wanted clues to be readily available throughout the game, however, money is given out for just about any achievement, no matter how small. The clues come in the form of a tip from Red’s informant and can be especially helpful for puzzles, since the method of solving them can sometimes be unorthodox. 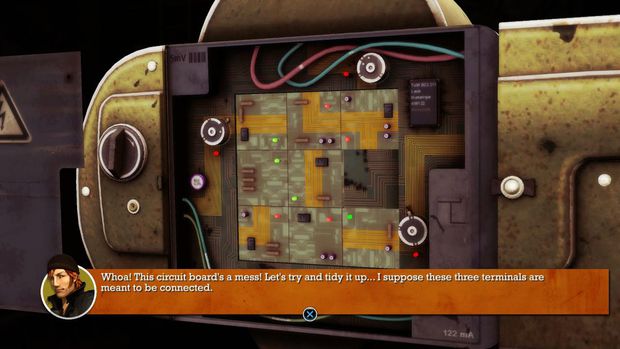 At one point during my demo, I had my eye on a mobster who I suspected had some involvement with the murder. When he wouldn’t let me enter his apartment, I was forced to find another solution. I waited, called him on the phone, asked him to meet me somewhere, and then broke into his apartment while he was gone. These tactics, though not exactly kosher in the real world of police investigations, are sometimes your only option in the game.

I was forced to solve a sliding puzzle to break into the mobster’s window, after which I found a safe hidden in his home. Purchasing a clue revealed that the numbers to the safe’s code were hidden somewhere in a painting above the safe. I cracked the code and opened the safe to reveal a single revolver sitting inside, which I opened to find several bullets. 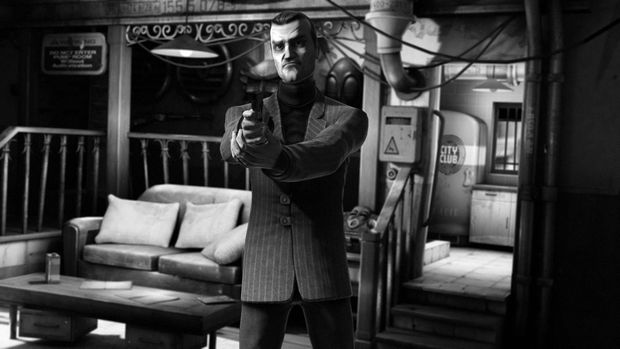 One aspect worth noting is that the developers really tried to make this game accessible to both the casual and hardcore gaming markets. It has a scalable help system which is useful for people like me with low patience and a high likelihood of ragequitting when I get frustrated. Efforts were made to avoid that cycle in this game, though. Kemal proudly pointed out that every one of the hundred-or-so hired play testers was able to finish the game, which I am told is no small accomplishment in games of this genre.

Oddly enough, the game can be won even if the mystery isn’t solved. However, solving the mystery doesn’t preclude you from losing the game, either. The game is only won when the police chief approves your submitted final report. The catch is that there is no rule that states your report must be completely true. If you lack enough evidence to assuredly solve the case but are certain enough of your theory, you can fabricate a report and submit it anyway. The outcome of the game then rests on the decision of the police chief and ultimately, your ability to present convincing evidence, regardless of whether or not it’s actually true.

Red Johnson’s Chronicles provides about 8-10 hours of gameplay and though I typically find point-and-click games to be a bit boring, I think the storyline here is compelling enough to compensate for any slowness. (Even if it isn’t about a giant mutant penis.)

Overall, I think it’s a steal for the price. It’ll be available for $12 on PSN sometime near May and will be coming to Xbox and PC later this year.

Also, check out Maurice’s first look at AMY, another one of Lexis Numérique’s titles which will be coming to PSN later this year.