The music/rhythm genre is full of experiences that a reductive person might call “performance simulators.” In essence, games like Rock Band lay out a track of notes to hit — whether with your voice or a controller that resembles an instrument — and reward you for how well you do it. But few games actually allow you to partake in the act of making music with controllers; even the track tinkering offered by DJ Hero had a fairly limited scope, aside from peppering a rap single with extra air horns and record scratches.

That’s not exactly surprising, since it’s hard to picture the DualShock as a music-making device. But one studio, Q-Games, looked at the PlayStation Move and saw its potential for use in a unique music creation experience. PixelJunk 4am, formerly known as PixelJunk Lifelike, is “not a game per se,” according to producer Matt Morton. Whatever you call it, it’s the most innovative and inventive interactive experience that I saw at last week’s PlayStation Holiday Showcase in New York. 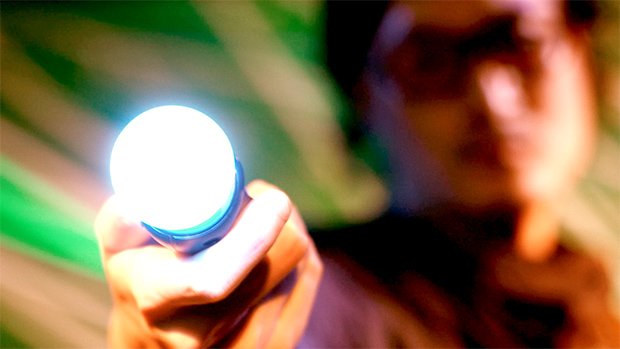 PixelJunk 4am is Q-Games’ second collaboration with the Japanese artist Baiyon, who also did the art and music for PixelJunk Eden. The relaxing electronic music in that game, which rose and fell with your actions, suited that experience perfectly. 4am ups the ante somewhat, although the atmosphere is still more “lounge” than “rave.” [Update: Per Q-Games, Baiyon himself calls it “deep.”]

While Baiyon’s tracks determine the mood, the PlayStation Move gives you an incredible degree of control over the specific sounds coming into your ears. The foundation consists of four different lines: kick, bass, rhythm, and synth. They’re controlled by the X, square, circle, and triangle buttons, respectively, and the ball on the Move wand changes color to match the track. These “long-play elements” are complemented by four one-off gestures: flicking the Move controller up, down, left, or right plays a particular sound.

The result is nothing short of astounding. 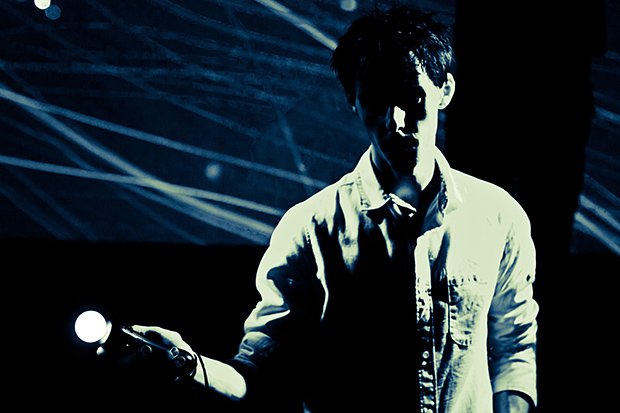 Holding the Move wand in your hand and waving it around to transform the groove, you feel like a digital shaman taming the spirits of song with a plastic whip. The PlayStation Eye camera and the Move controller combine to give you a three-dimensional performance space. To lay down the base tracks, you hold down the trigger and reach out until you feel the controller vibrate and bring it back into the center before releasing the trigger, unleashing the musical line. You also have effects modulation at your disposal: hold the Move button and move the wand to play with an element, perhaps distorting the sound with a phaser.

4am furthers the DJ experience by letting you mute a particular track — cut out the bass for a bit — by double-tapping the face button for that track, or mute everything but a particular track — just the drums right here — by holding its face button. The software offers three different visualizers, each with its own ambience and set of sounds. You can switch between them, and because doing so doesn’t stop the music, you can cull your favorite elements from each setting and blend them as you desire. 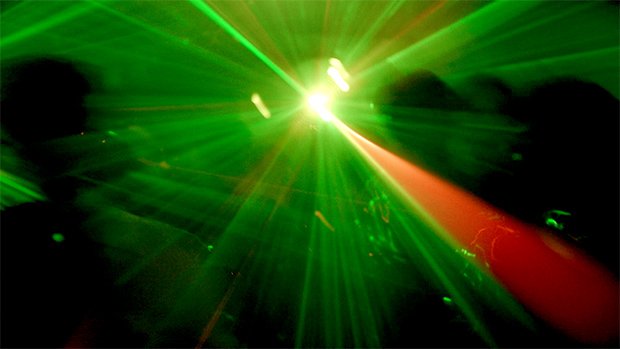 Music is meant to be enjoyed by an audience, and 4am lets you broadcast your DJing live over the PlayStation Network through the app. Q-Games will be putting out a free “viewer,” so you don’t need to buy the software in order to be able to enjoy performances. Just turn on your PS3 and tune in to your favorite DJ to get the party started.