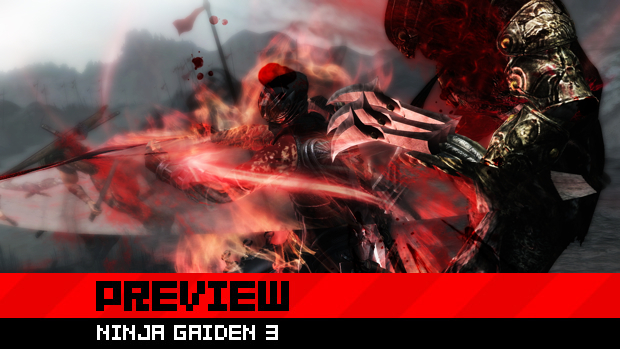 I was in Tokyo last year for the unveiling of Ninja Gaiden 3 to a select group of press. It certainly looked great, but some in attendance were worried about Team Ninja’s changes to the tried-and-true formula. The latest in the series was to bring a new focus to storytelling, with the hardened ninja assassin finally realizing that he’s killed bazillions of people. Others were concerned about the team’s move to make the series more accessible with an easier play mode. Series fans were worried that Team Ninja had changed too much.

Worry not, ninja. I’ve been enjoying some early code this past week or so, and I can tell you that you’re probably going to love Ninja Gaiden 3. Yes, things are a bit different this time around, but the series’ roots are still here under the changes.

Series fans will be surprised at how talky Ryu and friends are. It’s not to the point where I think he’d ninja off to the mall foodcourt to gossip with his girlfriends, but the chatter ever-present, and markedly different than what fans are used to. In his journey in this early code through London and later Dubai, he flaps his yap in cutscenes, in between battles, and even as he moves through these locales. Sometimes he’s talking to himself, others he’s chatting with a remote agent via headset, and in one scene he blows off his blue-haired student, Ayane. But, for as talky as he is, know that Ryu hasn’t lost that dark killer vibe. 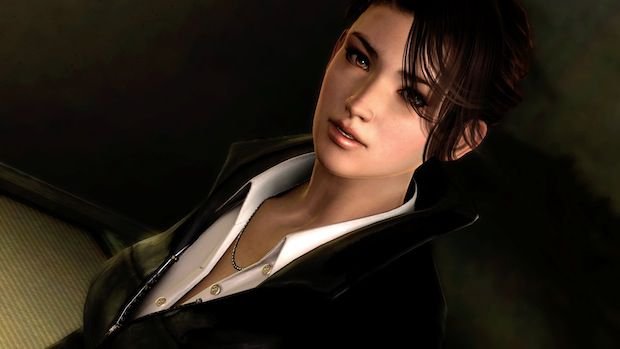 Some of the talk is directive, helping Ryu set a path through these levels, but most of it is story development, as Team Ninja is focused on telling you a real story this time around. It’s a bit too early to know where the story is going, but take comfort in knowing that scenario writer Masato Kato has been brought on board to help with that. You’ve seen Kato’s work in the original Ninja Gaiden, as well as in Chrono Trigger and Final Fantasy VII. I don’t mind that Ryu thinks about his killing a bit more now, and that there’s a deeper narrative this time around, but I hope they don’t make him soft. We love Ninja Gaiden because Ryu is a badass killer. I hope he stays that way.

When Ryu isn’t running his mouth, he’s cutting bitches, and it’s…it’s glorious! Coming off working on reviews of multiple Japanese role-playing games, playing Ninja Gaiden 3 is like a well-deserved, bloody vacation. Thrashing buttons to jam swords into flesh has never felt so good, and it also looks pretty fantastic with the dark red sprays of blood fountaining up from piles of still-standing victims that should have been dead a long time ago. It only took about three minutes of play for me to find myself laughing maniacally at my ridiculously long-lasting chains of kills. The game’s new cinematic kills only served to increase the volume of my laughing as they zoom in on the action and prompt you with what button you should be mashing to make your kills even more gory. 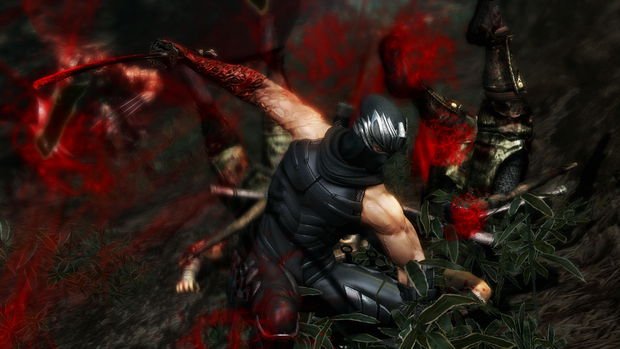 The control feels tight and fast, and it seems like Team Ninja has worked hard keep you focused on the action, and not stuck trying to find your bearings. I’m pleased to say that the game’s camera gave me very little issue, with only minor hang-ups in really tight quarters like stairwells. The majority of the time I found that the camera was smartly focused on the action, and I never found myself waiting for it, or trying to correct it. Combine this with the game’s ability to smoothly transition attacks from one body to the next and you have seamless, satisfying cutting action.

NG3 is more varied and cinematic than other series games. The chains of bloody carnage were broken up with sequences that had me climbing walls with throwing knifes, sliding under speeding trucks, or gliding from rooftops to the ground, dodging missiles on the way down. I loved cutting the legs off a massive robot spider tank to make it explode in the background in that very Japanese way. It’s all one ninja against the world, with attacks and fire coming from everywhere, sometimes so much so that Ryu has to duck into an alley to catch a breather. One memorable section had me creeping through endless heavy fog, stepping around laser sights to avoid detection. When found by a stray sight, a heavy percussion-only song kicked up while I dodged incoming missiles and invisible attacks from all directions. Mind you that none of these bits were cutscenes — all gameplay! 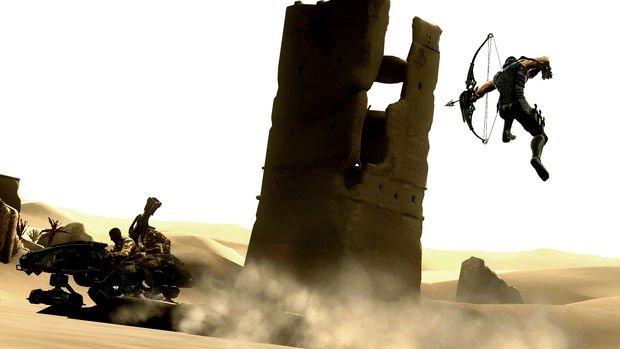 The game eased me into the killing with fewer enemies that were just asking to be cut up and juggled, but quickly moved me into situations where I was surrounded on all sides by soldiers, gunmen, guys with swords, other ninja, and even assholes with rocket launchers. In those times I couldn’t cut fast enough, which let me know that the developers have not forgot their roots. As always, combat centers being able to quickly attack and watch your back to evade or block at the same time, mixing up the two to make it through bouts of relentless attacks. Feels good, man.

Of course, it’s not all cutting. Later in the game, escalating the challenge, Ryu gets a crossbow that has the player trying to pick off distant attackers while watching his back. Another new weapon, Ryu’s cursed arm, builds up attack power from consecutive kills. When it glows red it can be charged up for an ultimate attack that kills all surrounding enemies in one hit. Finally, ninja magic is a bit different this time around. In the only example the demo provided, kills fill up a Ninpo meter that will let you unleash a flaming dragon into the sky to burn all enemies and fill your lifebar back up at the same time.

For the first time, Team Ninja is thinking about accessibility. Series games have always been difficult, and I’m sure Tecmo Koei realizes that this limited accessibility, so that’s probably why they added a new Hero mode to the mix. “Normal” is right in line with what series fans would expect, meaning that it’s still pretty difficult — classic Ninja Gaiden. “Hard” is hilariously difficult, and will likely be a treat for Ninja Gaiden followers. But Hero makes it so that ninjas-in-training can also enjoy the story, with what seems to be assists in blocking, and less agressive enemies. I probably enjoyed myself most on “Normal,” but that’s not to say that “Hero” didn’t provide a strong challenge. I definitely wouldn’t call Hero mode dumbed down. 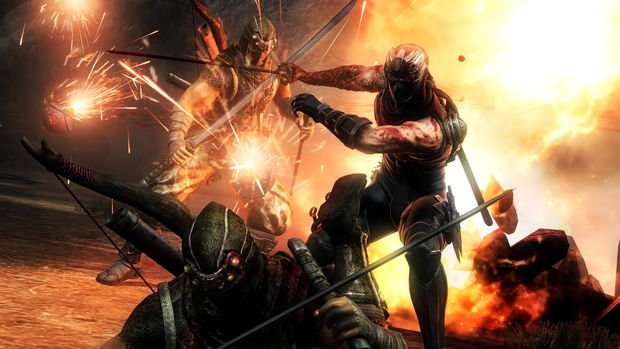 One bit the devs still need to work on is the enemy voice work. When you combine the lack of variety of voice bits and their high frequency, you get a funny really voice track. I couldn’t stop laughing at the near endless string of exclamations on the battleground:

It’s still early, but Ninja Gaiden 3 is on the right track. The game is looking great, with a liquid smooth frame rate and some slick lighting. The camera needs more polish in tight areas, but it shows promise in the open ones. It is still too early to make a call on where the story is headed, but there’s hints of something interesting brewing with Ryu’s cursed arm and his occasional hesitance to kill. Yes, Ryu talks more and now seems to at least give pause before killing some people, but the action fans love is still in there.