I am a huge fan of arcade racers, and they haven’t come in as sweet a flavor as last years Need for Speed: Hot Pursuit. Having already released Shift 2 this year for the driving simulation crowd, EA is bringing out Need for Speed: The Run this November, and it’s sure looking to be a worthy successor to the adrenaline soaked madness that was Hot Pursuit. 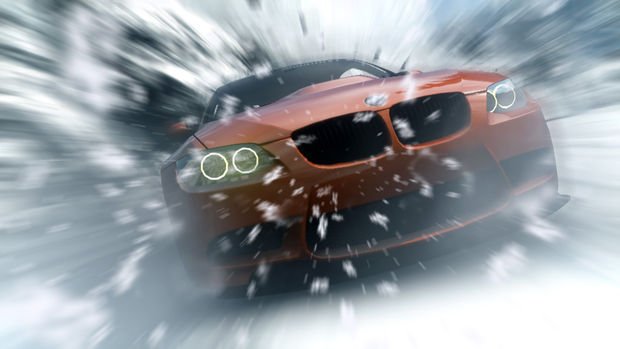 For those unfamiliar, The Run has you playing as Jack Roark, an illegal street racer competing in a race from San Fransisco to New York for a $25,000,000 prize. Since you are racing across the country, you will obviously hit up the famous cities along the way such as Las Vegas, Denver, Chicago and the like. You will also be seeing plenty of road in between the cities. Exotic environments such as the southwestern dessert to the snow-capped mountains of Colorado and even the farm lands of Kansas.

The whole “cross country” hook is not only a plot device, but also a tool for competition in the returning Autolog feature. Introduced in Hot Pursuit and improved for Shift 2, Autolog returns in The Run to (among other things) track your progress in single-player. With this you can compete with your friends career mode and see who has made it the farthest towards New York. So, for example, if you log in and see that you’re in Vegas and your friends have already made it to Chicago, you can haul ass like there’s no tomorrow or keep your pace and try to beat all of their times. 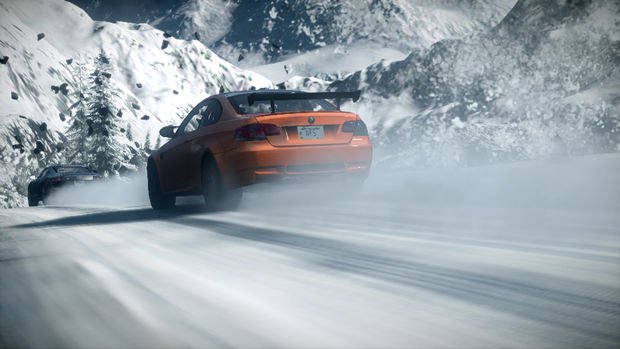 The first event of the new build was a standard race and took place in a desert environment near Death Valley. The first thing I noticed immediately was how smooth and similar the handling is to Hot Pursuit. Though EA is promising depth for racing sim fans with respect to the handling and mastery of each car, you can tell right off the bat that this is an arcade racer.

Boost is of course back and its management is a big part of The Run. You burn it by holding the circle button (on the PlayStation 3) and you gain it by pulling off moves such as narrowly avoiding wrecks, driving in the oncoming lane, passing other racers and the like. What separates The Run’s boost system a bit is that the same moves that gain you boost also net you XP. Gain enough and you can unlock new cars and augments for those cars, such as Nos.

As for the number of cars available, EA is staying surprisingly hush-hush about it. What we do know is that the car count wont be in the hundreds per say as EA has made it clear that they want more quality rather than quantity. The example we were given was that rather than have a regular Porsche 911 make the cut, they went for the Porsche 911 GTR 3. What’s the difference? Who knows, but it has more letters and numbers so it must be faster, right? 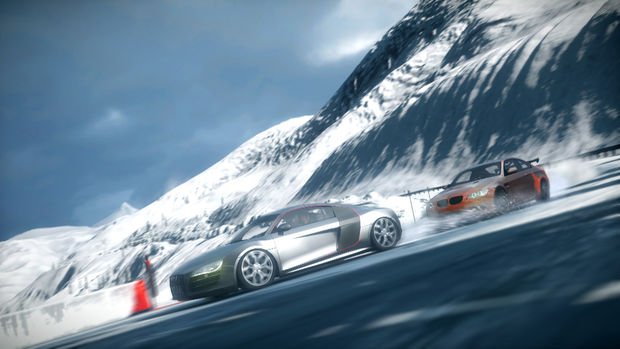 The second race demoed took place in the mountains of Independence Pass, Colorado. A snow covered mountain pass, this road was the perfect setting to show off The Run’s survival mode. Survival mode has players racing downhill, dodging environmental hazards along the way. The race we played had us going against a rival (introduced through the story) during an avalanche. With crashing boulders, the constant threat of being buried, and only the occasional tunnel as a safe haven, survival mode is looking to be a real treat (and possible personal favorite) for adrenaline junkies.

What really adds to the thrill of it all is the new engine that developer Black Box has had some time to work with. The Run was looking very impressive thanks to the Frostbite 2 engine. It’s quite a sight to be in the early parts of the race and see the snow off in the vista come raging downhill. Boulders crash and break apart with impressive physics, and the overall destructibility and scale that Frostbite 2 offers is striking.

As a huge fan of NFS: Hot Pursuit, I am happy to see The Run shape up so nicely. The bad taste of the E3 demo has been washed out of my mouth (does this game really need quick time events?) but as long as EA sticks to its promise to keeping the QTEs around ten percent of the career mode, I’m in.

It remains to be seen how  the multiplayer portion of the game is turning out as EA is currently tight-lipped about it. But if this demo is truly indicative of what we can expect this November, my wallet is going to be stretched by another $60, utility bills be damned.