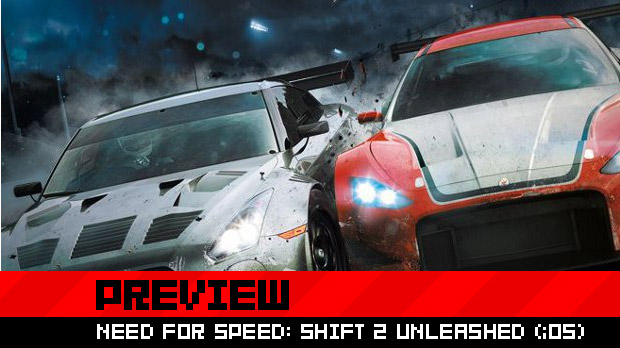 The Need For Speed: Shift series has been about capturing the adrenaline pumping speed and finesse of hardcore style racing. Now, the Shift series is making a return to the iOS with a port of Shift 2: Unleashed.

After playing a few races on the iPad version of the game, I noticed how sharp the game looks overall. The frame rate is rock solid and the detail of the city streets and race tracks are impressive. While I only played through the urban locations, the game will also feature races through rain forests, deserts, and oceanfronts. I was actually quite surprised at the level of visuals the iPad could churn out; it looks great within the palm of your hands. Just don’t play it on your television, the visuals don’t look as great stretched at larger resolution. 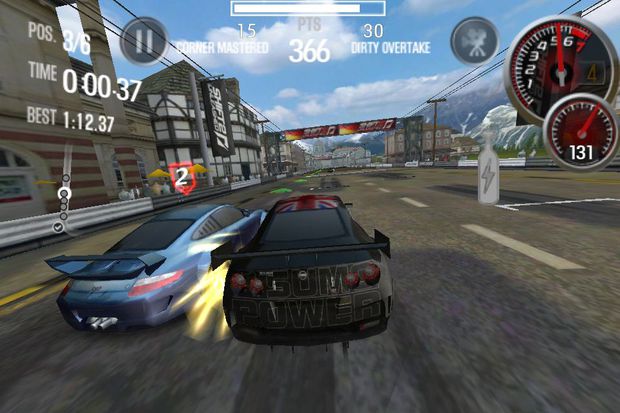 The controls and movement of your vehicle take advantage of the iPad’s motion capabilities. Tilting steers the car, acceleration is done automatically, and the brake and camera are activate with the touch interface. The motion controls work pretty well for the steering, and being able to successfully make drifts at high speed is very satisfying.

However, there was one glaring issue I had with the game. When drifting or otherwise making tight turns, the image of the game on screen will shift more than 45 degrees. While I’m assuming it does this to keep in sync with the actual tilting of the iPad, and also for some visual feedback, it only left me feeling somewhat queasy. Even if you don’t get nauseous from the image tilt, you’re likely to notice how much of a distraction it is. Hopefully, it can be toned down a bit for the final release of the game. 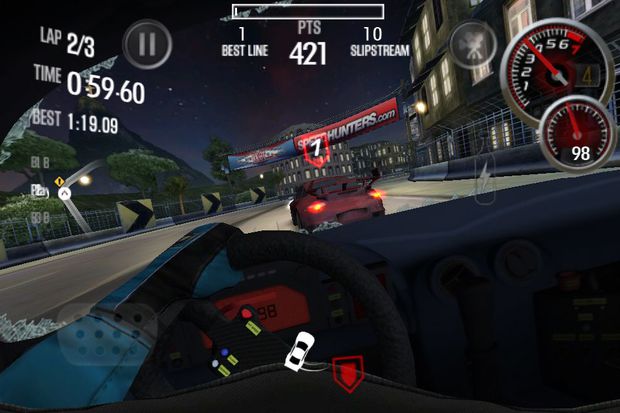 One of the biggest features of the game is the customization of your vehicle. By collecting credits from completing races and events, you’ll be able to spend them on new equipment, paint jobs, tires, spoilers, rims, and various other parts to build your perfect race car. With over 40 different cars to unlock and 20 unique quick races and circuits to play through, the game is packed pack with content and will keep you playing for some time.

After the recent announcement of Origin Mobile, Shift 2 Unleashed will be one of the first few games to utilize the service and will feature a fairly robust online portion; for an IPad game at least. With your Origin account, you’ll be able to race your friends and challenge the high scores on the various online leaderboards, and continue to rank up and collect new cars.

The iOS release of Need For Speed: Shift 2 Unleashed will be out in late August, on the iTunes Store.