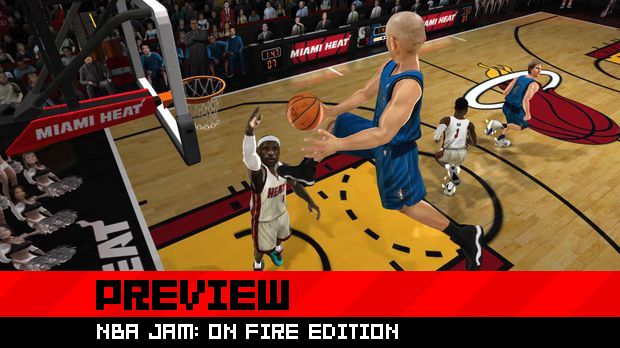 I’m all for acrade-like sports games, but I only have vague memories of playing NBA Jam and I skipped last year’s franchise reboot.

Getting my hands on NBA JAM: On Fire Edition at EA’s Summer Showcase was an interesting foray back into the realm of arcade sport games, and about what I expected from the game — easy to pick up and play, over the top gameplay and a heck of a lot of silly, giant heads.

NBA JAM: On Fire Edition seems mainly like an iteration of small gameplay tweaks and refinement, though a Tag Mode where gamers can swap between players on the fly has been added, along with Razzle Dazzle special moves and the ability to ignite your entire team. The AI has also been reworked to better reflect certain player archetypes (“Big Man”) and positions, as well as to adapt to how you’re playing the game, which could make playing against the computer a much more rewarding, worthwhile endeavor.

I can’t speak to the supposedly improved AI (derived from the tech that powers EA’s Fight Night series), partially because I was playing against a human-controlled New York Knicks team, but the most interesting news might just be that On Fire Edition is going to be a download-only title, assumedly priced less than last year’s retail release, despite improvements, which might rub some people the wrong way (not me, I didn’t buy last year’s version!). 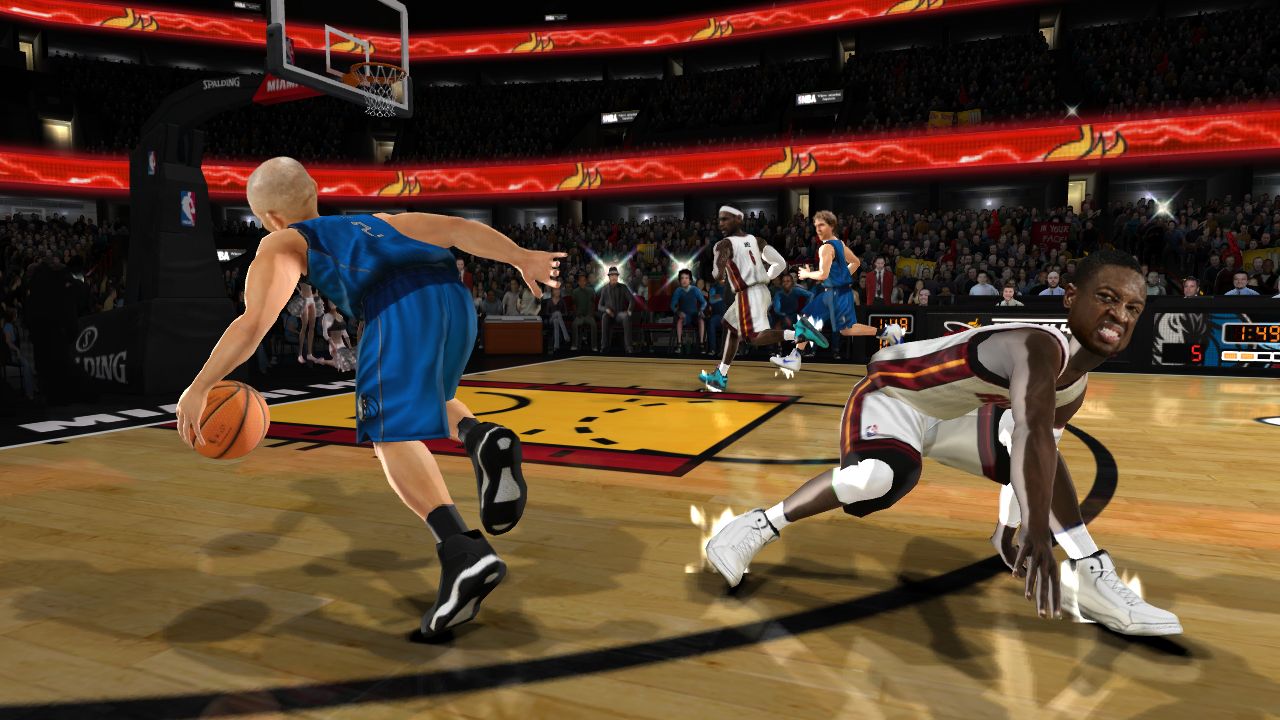 Other than that, the core gameplay is there, and it’s fun. Players can choose between all 30 NBA teams, from there selecting a team of two players to use. The game supports up to four-person local and online co-op, helping to replicate the arcade experience, and hopefully giving you an excuse to whack your good friends upside the head while you play side by side. The team has also added an online co-op campaign, called “Road Trip,” as well as promised roster updates to keep the teams current (though if the NBA locks out, that may prove an underutilized addition).

The control scheme is simple, as expected, with blocking, dunking and shooting mapped to the right stick (depending on whether or not you have possession of the ball). Drilling three shots back to back to back sets your player ablaze, giving you infinite turbo and allowing you to rain “boomshakalakas” down on your opponent until either they score or you score four times in a row.

NBA JAM: On Fire Edition is about what I expected it to be — zany, outrageous, fun basketball that even non-sports fans (or just non-basketball fans) can I enjoy. It should also be much more reasonably priced than last year’s game, making it a much better option as a cooperative game you only intend to play once in a while, with friends.