Recently THQ invited me out to sit down and play the final build of MX vs. ATV Reflex (Samit played an earlier build this year,) and while I was at it take a shot at helming both an MX bike and an ATV. I had a classmate back in high school who would do MX biking out on his farm because it was a nice, open area to build a whole course.

But then I got the location. Lot 16 of the Meadowlands Stadium.

A parking lot? Alright, I’ll bite, I suppose. When I got there, I saw the track — a ring of dirt piled up for a few hills with a couple of turns put into it. My first thought? Hamza nearly died getting that interview for Ride to Hell, while I’m actually going to die for this preview. 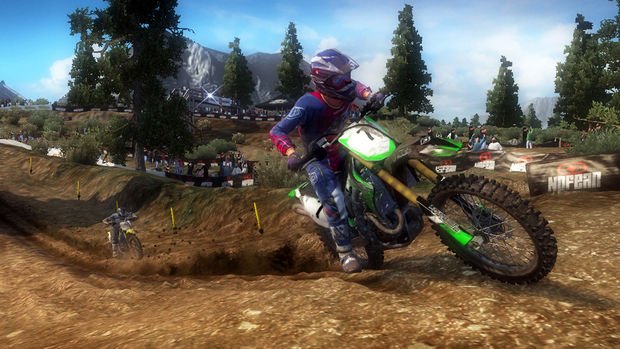 Driving an ATV is not easy. You have to consider a number of things the first time you hop on — something that a city boy is not necessarily thinking about when he comes out to play a videogame. Shifting your weight, turning, acceleration and how you hit the ground are all things that I had no idea about when I first mounted the ATV.

Things weren’t like that in playing MX vs ATV Reflex. The first thing I noticed about the game was how simple controlling the vehicles were. In order to make the game more accessible to everyone, the controls are eschewed more towards the casual player so that they can hop right into the game and start having fun. It goes for the Tony Hawk angle, by pulling off tricks with a simple combination of buttons and directionals.

That doesn’t mean the game is simple. No, it falls under the old adage of “easy to learn, hard to master.” In my time with the game, I managed to progress from barely able to stay on the vehicle actually landing a trick or two a half hour later. With everything to take into consideration, the controls boil down to as such: One analog stick controls the driver, while the other one controls the vehicle. Making the rider buck and lean with the vehicle is not something that comes naturally, and so that was one of the biggest hurdles I had to face when playing this game. 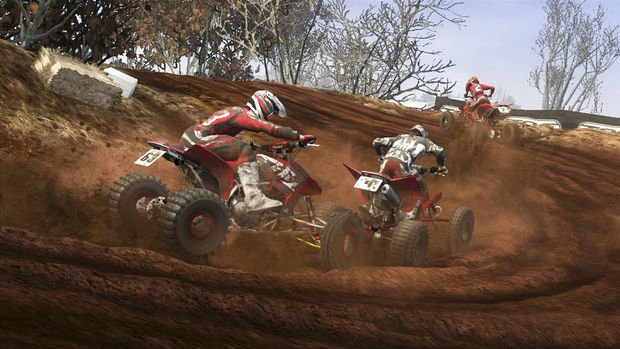 Doing these jumps is certainly easier to understand once you’ve been on the machine for yourself. Instinct kicks in, especially when you nearly flip the ATV on your first turn around the track. Of course, nearly killing myself sent one of the professionals running out to explain how I was doing things wrong, and I finally understood what my instincts were telling me.

This, to me, is the core struggle within the game: how do you impart the innate knowledge of having your body flung around on the ATV with handing someone a controller and saying “go for it?” It’s really not possible. It doesn’t mean they haven’t tried. Reflex features warnings when you land on the ground as an indicator of where to lean the rider so that he doesn’t fall off the vehicle. It’s a good step towards learning how to handle the vehicles, although playing with it will require quite a bit of fooling around in order to ingrain everything like second nature. 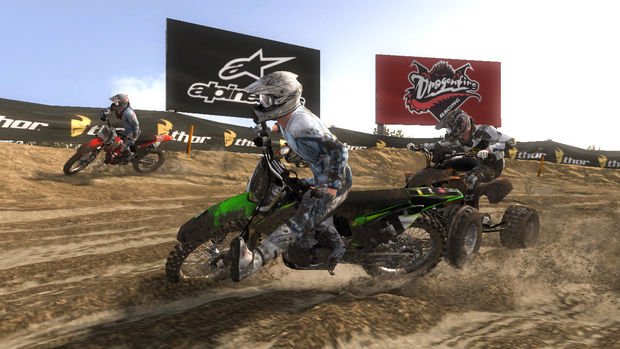 One of the things that caught my interest, as simple as this may sound to many of you, is their terrain deformation system. Exciting, I know. Any tracks that you or your opponents create during the course of the race stay there for the entirety of the time. So you can start using those grooves to speed along and encounter less resistance as you drive. This can be a big factor in longer races, so it’s really nothing to sneer at.

The races provide you with a variety of modes (seven total) to go head-to-head with your friends or online players, which the game can support up to 12 of. One of the nice things is the lobby for online play: there’s an open dirt track for you to play around in as the game is loading the online stage and collecting players. While you’re playing around in that, more and more people will join you in the lobby, ready to join up in your game. It’s better than the traditional loading screen. 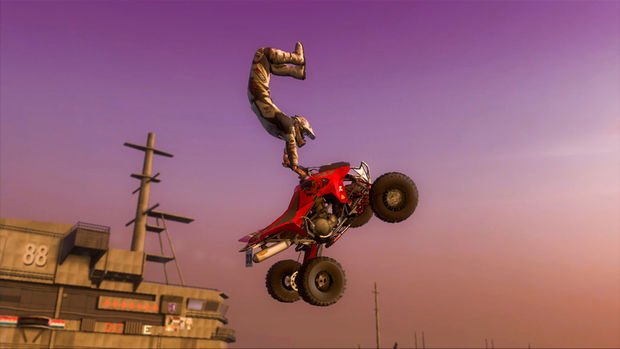 The game very much has the look and feel of what I would call the MX and ATV culture. Most of the major players in the field and the major bike manufacturers have all been licensed for this title, and the music for it falls under that sort of “happy metal” that I can remember from playing Excite Truck when I first got my Wii.

MX vs ATV: Reflex certainly falls into a niche category within the sports genre. The game is solid and provides a fun and amusing experience, but unless you’ve got some interest or curiosity in the MX or ATV culture, I’m not sure how long the game will hold your attention. This is a title where you’ll want to play the demo, because at the very least that will entertain you the entire time you play it — the question you need to answer for yourself is whether or not it’ll give you the bug and make you want to play more.