In my first preview of 2K Sports’ Major League Baseball 2K11, I wrote that developer Visual Concepts is working on fixing “underlying issues” to refine what was a solid foundation in MLB 2K10. I saw the game again last week, and Sean Bailey, a designer at Visual Concepts, spent much of the demo going through the numerous tweaks and improvements that the studio has made to the game.

He had to race to cover it all, since there’s a lot to discuss. The impression I came away with was that the changes to the MLB 2K framework have had palpable effects in nearly every aspect of the game. 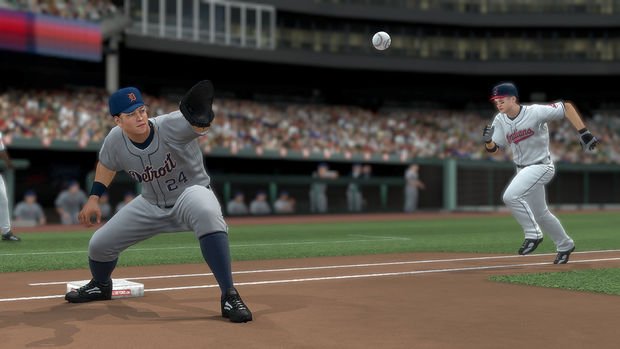 Last time, I spoke about the improved fielding in MLB 2K11. A great deal of the responsibility for the upgrades rests with the reworked and expanded animation library. In 2K10, any fielding animation could play for any fielder; a second baseman could have the same catch animation as an outfielder, and a player’s abilities had nothing to do with it. “2K9 was such a disaster that we wanted full coverage [in 2K10] to avoid any goofiness,” Bailey confessed. This time around, animations are broken down into tiers based on positions and player ratings. So if you have Manny Ramirez in the field, he simply won’t have access to the same wall-scaling or diving-catch animations that Carl Crawford can trigger.

Visual Concepts didn’t only add fielding animations, either. Speedsters like Ichiro will now scamper out of the box to try and beat out choppers. That’s one of a few entirely new hit types: a mistimed contact swing might result in a chopper, whereas a failed power swing could lead to an infield fly. The hitting camera hearkens back to the zoomed-out view from two years ago — Bailey told me that “if people liked the 2K9 camera more than 2K10’s, they’ll love 2K11’s.” It’s now situation-specific, and it follows the ball from afar where appropriate. 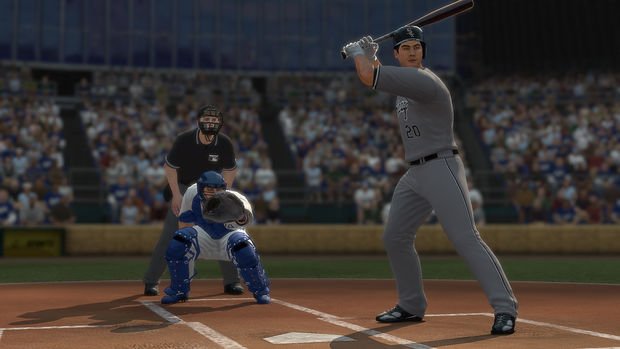 In many sports games, Bailey noted, the presentation gives away the outcome. I thought of Madden’s first-down chain-gang measurements: after playing the game for a while, you know instantly whether or not you got a first down, because only one of two chain-gang cutscenes (a “success” and a “failure”) can play. When you hit (or gave up) a home run in MLB 2K10 or MLB 10, you’d know at the crack of the bat that the ball was leaving the yard, thanks to a particular camera angle. “We removed all tells,” said Bailey, which keeps you guessing on a long drive — will it die on the warning track, or make it into the seats?

Baseball is a sport dominated by streaks — someone who finishes the season with a .340 batting average might have been hitting .400 for a few weeks, and .250 for a spell. MLB 2K11’s all-new Dynamic Player Ratings feature takes that into account. With DPR enabled, players’ ratings will fluctuate based on their performance over the past 30 days. The adjustments are themselves ratings-dependent: if Robinson Cano hits .280 for a month, his attributes might drop a bit, but a .280 month for a guy like Lance Berkman means he’s on a hot streak, and he’ll get a ratings bump. (Contact rating changes reflect a player’s batting average, while Power attribute changes depend on slugging percentage.)

Your favorite power hitter’s real-life performance figures to play a significant role in your ability to hit homers in MLB Today. If A-Rod has another historic April this year, like he did in 2007, he’s going to be a beast in the game. “MLB Today feels more like a ‘today’ feature than ever,” said Bailey proudly. And DPR will force you to act more like a manager than ever before in Franchise — will you sit a cold hitter to see if the benching snaps him out of his funk? 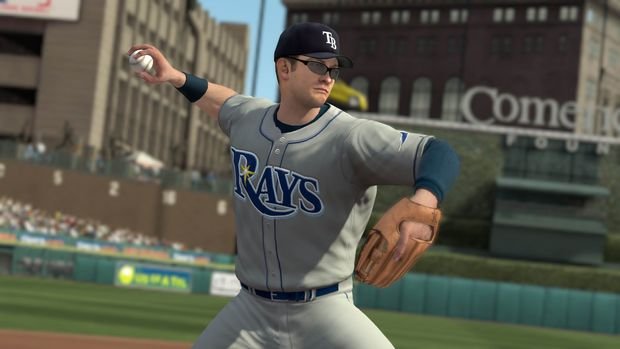 Visual Concepts set out to make surface upgrades and under-the-hood improvements to Franchise in 2K11. Interface-wise, Bailey explained, the team wanted to bring information to the forefront. Every player in your organization now has a potential rating up to five stars, and you’ll be able to see who has already peaked as well as who’s still growing. Nick Swisher has no fifth star, which signifies that he won’t be anything more than a four-star player. The five-star potential system entails statistics-based player progression, since the Franchise stats in 2K10 tended to be wonky — Bailey admitted that ERAs, WHIPs, and homers were too high, while IP were low.

Player ratings don’t just depend on recent performance. Bailey told me that Visual Concepts “really wanted to capture the whole player health concept this year,” so injuries — and injury management — are now a big part of Franchise (if you want them to be). If a player gets injured, he might be down on the field for a bit, and you’ll see the trainer come out to help him. When simulating games, a pop-up will ask you how to proceed: you can have the guy play hurt (with lowered ratings), give him a few days off, put him on the 15- or 60-day DL, or have the CPU manage the injury for you. Older guys might come down with nagging injuries like a chronic ankle issue that simply won’t go away, and in general, veterans will need off-days more often if they’re going to maintain their energy (fatigue causes ratings to drop).

What does all this mean for the My Player mode, which debuted last year? Thanks to the tiered animation system, your created player will get visibly better as you add points to his attributes. A 55-rated third baseman might bobble a sharp grounder long enough for a runner to safely make it to first, but when his rating rises a bit, he’ll field the ball more cleanly. 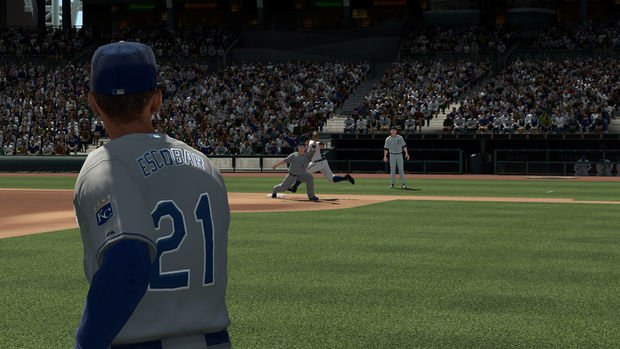 Visual Concepts also realized that you could blow through the minors in 2K10, so it’s going to take more time and effort on your part to reach the bigs in 2K11. Your player won’t be called up before he’s ready, since the major-league team wants you to be able to contribute instead of stink it up with a 60-rated scrub. And you’ll have to be more well-rounded; being great in one area and nothing else won’t be good enough to get the call. In addition, My Player goals are more oriented toward helping the team as opposed to individual achievement — you might be called upon for a sacrifice bunt instead of a base hit.

I brought up 2K10’s messed-up manager AI for pitchers, and Bailey freely acknowledged that it was awful; he told me I was being too nice about a system where a manager left my starter in for twelve innings. But 2K11 doesn’t go by pitcher stamina or energy, concepts that are “too videogamey,” according to Bailey. “If it says ‘52 energy,’ what does that mean to me? Can I pitch three more innings? One more inning?” Instead, in-game managers will focus on your pitch count, just like real MLB coaches. On the pause screen, you’ll see your current and expected pitch count, and when you reach the upper limits of the expected range for the day, you’ll probably get pulled.

Of course, an awful start might force a manager to yank you, too; don’t think you’ll be able to hang around for long after a four-run first. This makes it more challenging to earn upgrade points, since you have to pitch well and stay within your pitch count in order to avoid being sent to the showers. You’ll also have to be mindful of pitch counts in Franchise — if you abuse your pitchers like Joe Torre would overwork Yankee relievers, they’ll wear down. Finally, Bailey assured me that 2K11 has been tuned to create more realistic pitch counts; you won’t be able to work your way through nine innings on only 50 pitches. 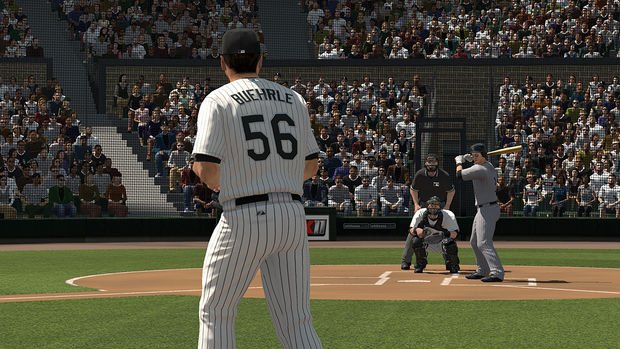 MLB 2K might finally be able to challenge Sony’s MLB The Show series. Bailey and the team at Visual Concepts aren’t even particularly worried that MLB 11 includes analog-stick controls. That may sound arrogant, but with MLB 2K11, 2K Sports may actually have a contender on their hands. We’ll find out in a few short weeks.

Filed under... #2K Sports#Destructoid on assignment