It’s been a full year since we last saw anything of Metro: Last Light. And unfortunately, just like last time, developer 4A Games only showed off a new section of gameplay rather than letting us go hands-on. While it is worrisome that press still couldn’t go hands-on, Head of Global Communication on Metro: Last Light, Huw Beynon, assured us that the team is confident they’ve created “vastly superior sequel.” The game is about to approach Alpha status, meaning the game is playable from start to finish, and this gives the team time to polish things up for the new 2013 release window.

The new section that was shown off was significantly different from last year. While I did enjoy that last demo, it felt like it could have been any other first-person shooter. This time around, it definitely had that Metro vibe, right down to the heart pounding shakes I felt after the presentation was over.

Huw Beynon feels like players are getting jaded towards first-person shooters. 4A Games intends to combat this “shooter fatigue” by crafting something players will remember vividly and “talk about for years to come.” This isn’t just a straight up FPS, as it will mix up action, survival horror, stealth, and even some light role-playing elements to the mix. Huw also stressed that this isn’t going to be a relentless shooting game; every moment will be unique and extraordinary for the player.

With that, 4A Games started playing through a level where main protagonist, Artyom, and his partner Pavel, had to make their way to the Theatre Station. The underground tunnel had caved in, so the pair have to make their way above ground and deal with the horrors of the post-apocalyptic Moscow. As this was a guided demo, they stuck to a straight forward path but told us there are plenty of secret areas and things to find for those players that like to explore. Exploring will be a necessity as every resource you can find is a precious commodity. 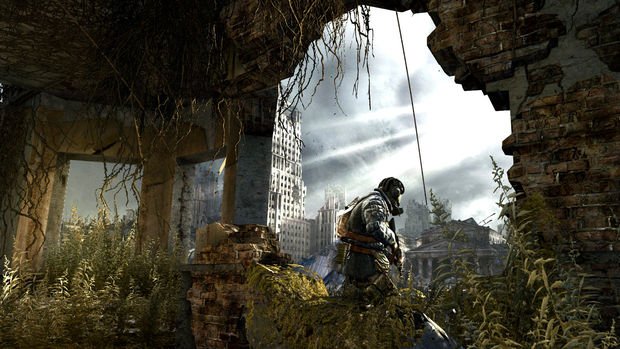 The duo first emerged from an underground shelter into a shack, where they rummaged for whatever they could. The main item they both got were air filters for their gas masks, as the air outside being far from safe to breath due to the nuclear fallout. The main player has a wristwatch that will countdown how much clean air there is remaining, and finding new air filters in the world will increase how much time one can remain outside.

The skies are clear and sunny, but that doesn’t last long as a crazy lightning storm emerges almost from out of nowhere. The pair don’t want to stay out in the wide open space due to the storm and other dangers, and make their way into another building where they find more goodies for themselves. At one point, Artyom finds a shotgun, only to immediately get attacked by some kind of large mutant creature. It’s quickly dispatched thanks to the newly acquired shotgun. The player gets back up, wipes the blood off of his gas mask screen, and heads back out to head to a downed airplane.

Pavel warns that the plane is haunted due to all the souls trapped aboard the plane, but they have to move in through it as it’s blocking the path to the Theatre Station. As they enter the plane, they start to see flashes of images and hear horrifying screams. Pavel is talking to you, but you can barely make him out due to other noises. Once the two finally make their way towards the cockpit, a flashback sequence kicks in depicting the final moments of the plane. 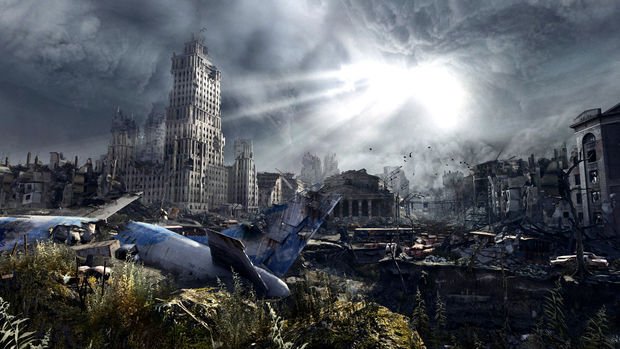 This moment was absolutely horrifying, and it really did send a chill down my spine. It helped that THQ had the audio at near deafening levels, with the gameplay displayed on a gigantic three screened projector setup. Nevertheless, they drove home the point that this game will induce some nightmares.

The flashback wasn’t just for the player’s sake, as both characters are obviously shaken up. Pavel is found on the ground convulsing with his gas mask off in fact. Artyom helps him put the mask back on, and they head out of the airplane. Things aren’t quiet for long as a flying dragon-like demon grabs the main player and takes off into the air. Artyom shoots at the creature a few times, before getting thrown back onto the ground. The danger is from from over, though, as a pack of large mutant rat dog things attack the pair in multiple waves. 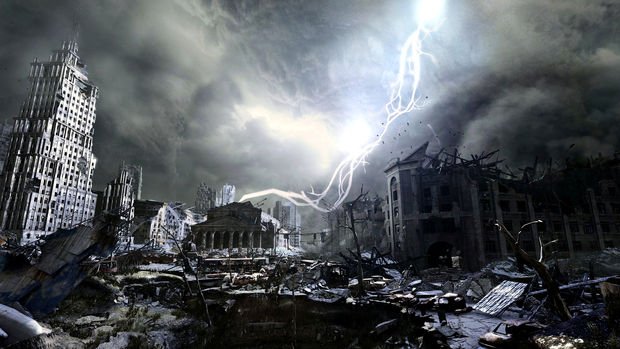 Luckily for the two of them, they’re at the Theatre Station by this point, and slowly make their way toward the entrance of the underground. The door is shut tight, but eventually opens up with some allies coming through and lighting up the remaining creatures with flamethrowers, ending the demo.

I wasn’t all that convinced last year, but now I know for sure I want Metro: Last Light. The game is looking great visually, the audio design sounds amazing and it all looks scary as hell.