The story behind Masters of the Broken World is a fascinating one. Snowberry Connection, an international independent production fund that has been responsible for games such as Mount & Blade: With Fire & Sword, picked up a prototype version from Russian designer Alexey Bokulev and hooked him up with Unicorn Games Studio to create a proper remake for the international market.

Then they funded the entire production and a booth at gamescom, where I took the time to see what this game was about. All I knew about the game was that it was a turn-based strategy title set in a fantasy world, which was reason enough for me to check it out.

However, I wasn’t expecting to find out that Masters of the Broken World takes elements from franchises like Heroes of Might & Magic, Total War, and Galactic Civilizations to turn it into a PC turn-based strategy fan’s wet dream. 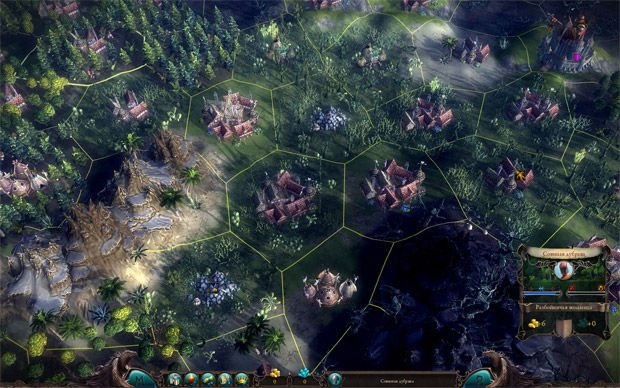 The universe is shattered, with Shards of land floating around in space. As a “master,” it is up to you to take control of all these masses and bring them together to forge a new world in your image. Meanwhile, others are trying to do the same. Taking control of a Shard yields you bonuses and advances for what was being described as a “tech tree,” although some information may have been lost in translation. Either way, you want and need to control all of the Shards.

When you select a Shard from this galactic map of sorts, you enter a Total War-esque overworld with a top-down map divided into provinces. You and the AI opponents have one castle that must be defended at all cost, as the player who captures all castles wins control of the Shard. 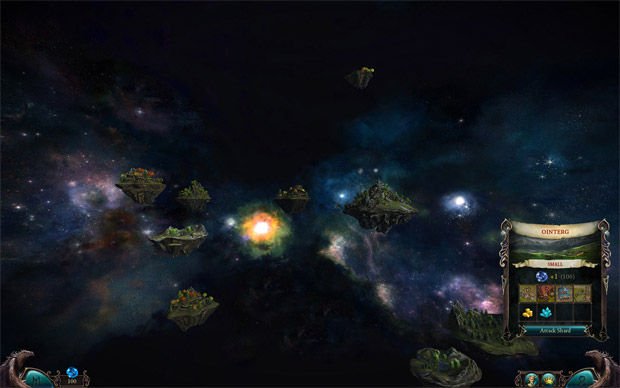 Your castle has nine districts that can each be developed for your military power, economy, etc. If you’ve played a Heroes of Might & Magic game, it’s a bit like that. Completely different from HOMM is how your army works. You are able to recruit up to four heroes, with every hero becoming increasingly more expensive to purchase — and I’m talking a lot more expensive.

Contrary to HOMM, you won’t build hundreds of weak-but-inexpensive units; instead, every unit is simply one unit with its own upgrade system. Essentially, they act as mini heroes. Units are of different alignments, and the units you use reflect upon your own alignment. Use creatures like orcs and other monsters — instead of priests and human units — and your alignment will shift accordingly.

On the Shard’s overworld, you can move your hero’s army around to other provinces, which pops up a kind of quest and choice screen similar to how King Arthur did it. Some provinces may ally themselves with you by fulfilling a quest somewhere else, others might need to be paid off, and if you want you can just attack them with brute force. When you choose the latter, you will enter a King’s Bounty-like form of combat in which the terrain of that province on the overworld defines the terrain in combat. 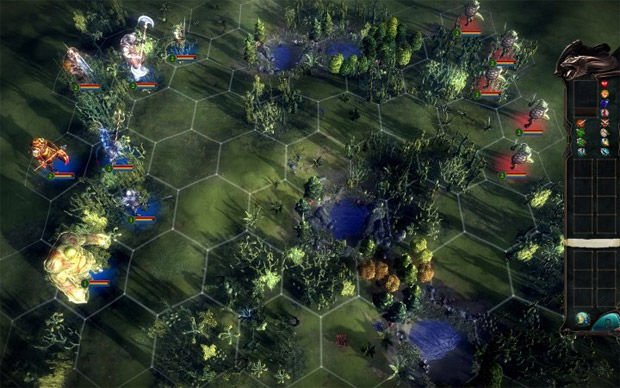 Units line up on opposing sides of a 2D hexagonal map where the terrain gives different bonuses to different units. Archers receive a bonus on hills, mages are better off in forests where they have better defense, and so on. Since you only have one unit that you can become attached to over time, by upgrading and nurturing it, they are much more precious than the kind you just purchase by the dozens in a city barracks.

Every unit has three bars: health, stamina, and morale. If you use a unit, its stamina will drop. The consequence is that you can’t use one super powerful unit to destroy all enemies while ignoring every other weaker unit. Morale is affected by how the battle progresses, but also by the type of units in your army. Throw “light side” and “dark side” units together, for lack of a better term, and morale will drop.

The classes of heroes you choose can affect stats like army support, diplomacy, and magic. Maybe you’ll want a mage to deal a lot of damage (heroes fight in combat themselves), or maybe you’ll want a support class that allows you to support larger armies. 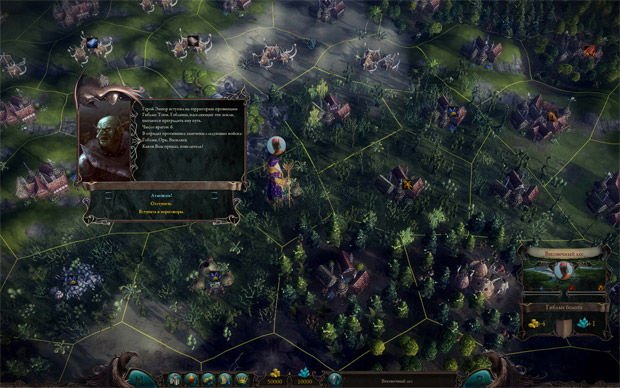 If you do go down the dark path with an army full of monsters and keep selecting the “evil” choice in quests, your economy will suffer compared to the more light-side alignment that boosts your economy. After all, nurturing your cities and society does tend to lead to better economies than being feared as a warmongering dictator. You’ll have to make your decisions according to your play style and whether you want to field large armies or develop your economy while resolving province requests through diplomacy.

Once you take over a province, you can also explore it with your hero. This will reveal things like hidden artifacts and dungeons that boost your economy even more. To top it all off, you can use diplomacy to form alliances on a Shard.

Masters of the Broken World seems to pick elements from some of my favorite PC strategy games, improves them, and puts them all in one game. It’s a single-player game at the moment, but the producer mentioned that because they self-publish they can take their time to think about what they want to do for the final product.

It may take a while before we’ll get to play it, but Masters of the Broken World is certainly one of the games at gamescom that I’m looking forward to the most.