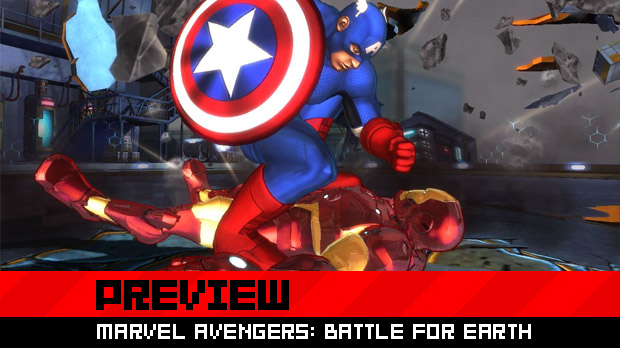 I’ve been watching Marvel Avengers: Battle for Earth with a fair bit of curiosity. When announced as a Kinect title that would not be a tie-in to the recently released film, I put myself in media blackout mode in anticipation for my first chance to go hands-on with the game.

I got that chance recently, and imagine my surprise to see it come together as a fighting game. After a good amount of time with it, I can’t honestly tell you folks I was impressed. The gameplay attempts to bring something different to the Kinect library, but too often it simply felt shallow. 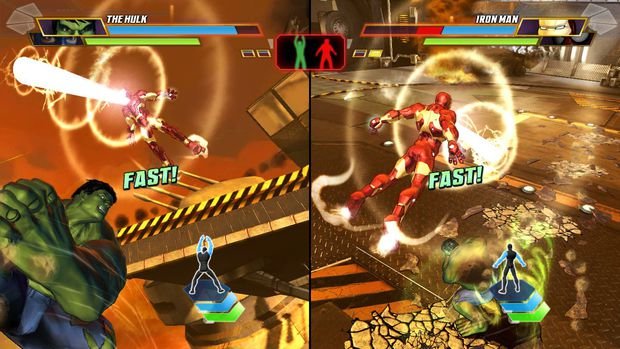 The premise of Marvel Avengers follows the 2008 Marvel event Secret Invasion. For those not as steeped in comic lore, Secret Invasion follows Earths heroes (not just the Avengers) as they fight off a, well, secret invasion from the Skrulls. The twist is that the greater heroes were studied and impersonated by the Skrulls, a clever bit of subterfuge to fragment Earth’s forces.

How closely the game will follow the comic event remains to be seen, as it does make up the crux of the story mode. Like in many fighters, story mode also acts as a good way for players to gain their bearings and learn the intricacies of the fighting system.

There are plenty of other modes outside of the story to occupy your time. Though not demoed, there will both be time and score attack modes, both of which will track player progress and post them to online leaderboards. There are also your standard offline versus modes, including a tag-team variant. Tag is a bit interesting too, as it’s round over as soon as one of your characters gets knocked out. Since this is a Kinect-controlled title, the versus mode is presented via split screen, with each player view taking either the right or left half of the screen. It’s currently unknown how expansive the online component is, but there’s definitely potential here for a feature-rich fighter. 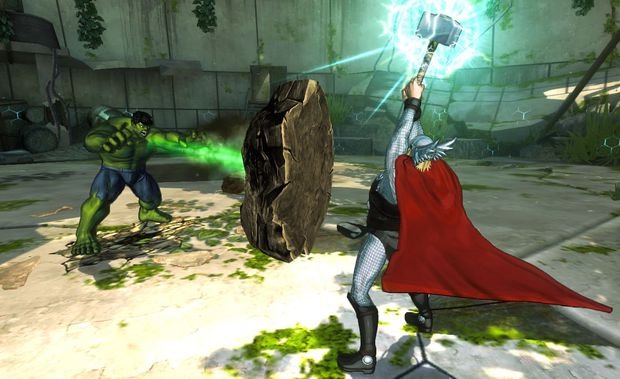 Unfortunately, the fight system in Marvel Avengers is almost painfully bare. You have your usual assortment of basic attacks such as high kicks, low kicks, heavy punch, etc. Pulling them off with the Kinect is as simple as making the same punch or kick motion you want your fighter to mimic. There are a handful of super powers you can pull of as well; these movements inputs range somewhat depending on your fighter, but most stay the same.

The fight system also features launchers, however, these take the same form for each character. When performing a launcher, you raise your right knee, which locks your opponent in a scripted event that has you punch wildly to get the most damage in while they are suspended midair. The final piece to the fighting mechanics is the super meter. Build it up by taking and dealing damage, then simply jump to initiate a powerful super move.

Put these elements all together, and it feels all too basic. What’s most disappointing is the bare amount of options when in combat. All off your moves come down to the same punch and kick, one aerial attack, one launcher, a few specials, and one rudimentary meter. 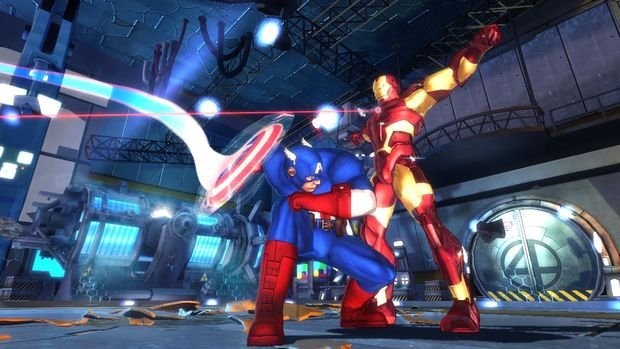 Now, having only a handful of basics isn’t the most awful thing ever. Last year’s Mortal Kombat proved this when its new fighting system left it more to the player to craft their own combos, and Marvel vs. Capcom 3 works on a similar philosophy. But, unlike those games, there doesn’t seem to be much working here in the way of strategy. Now a lot of does come down to the fact that — with the exception of the menu options — the game controls exclusively with the Kinect, making it difficult to consistently time anything.

There is a noticeable delay after making the gesture for each move, which is to be expected, and not really the greatest pain for any general Kinect game. That said, when talking about a fighter — a genre where players count frames of animation — timing is everything.

Outside of some wild flailing (That counts as the Kinect version of button mashing, right?) there doesn’t seem to be much of a fighter to dissect once you’ve had your initial kicks. A robust suite of modes will be a welcome addition, but without solid core with its fight system, the battle for Earth could be over before it starts.