Excitement is high for Suda51’s newest game Lollipop Chainsaw. A hack and slash game starring an 18-year-old cheerleader killing zombies with a chainsaw — what’s not to be excited about?

We took a look at the game at WB Games’ upcoming title at gamescom. If you think zombie killing games are all the same, then you’re in for a pleasant surprise. 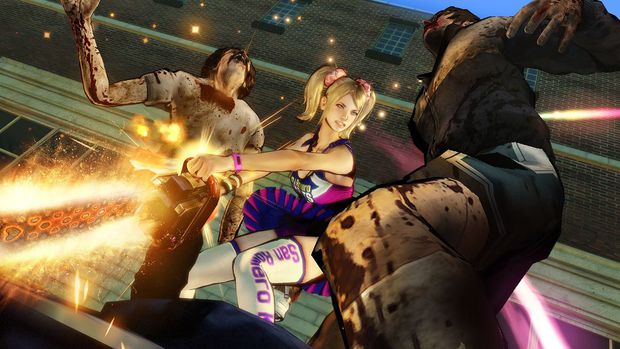 Freshly turned 18, San Romero High cheerleader Juliet is the heroine of Lollipop Chainsaw. However, the tedium of her regular school routine is interrupted when the undead begin to invade the school.

Juliet can use her cheerleading skills to perform quick attacks in the form of splits and pom-pom bashes. These attacks aren’t very damaging, but are useful for moving the zombies around and positioning them in groups to allow Juliet to chain kills for more points.

Heavy attacks are carried out by Juliet’s chainsaw, which leaves a vivid rainbow coloured trail with every swing. The chainsaw looks satisfying and powerful, severing arms and heads with each swing. Decapitating three or more zombies at once will even earn Juliet a “Groovy hunting zombies” bonus. 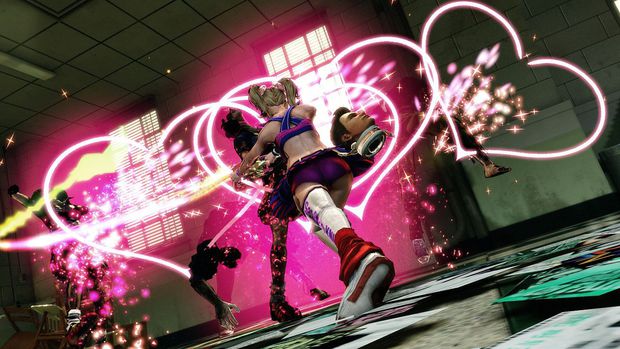 The visuals are at once gory and cheerfully colorful. Zombies explode in a shower of blood which quickly changes into a shower of multi-colored love hearts. This cute bubblegum style really helps set it apart from those other zombie slaying games.

As Juliet progressed through the zombie infested high school, we saw a poor student trying desperately to fend off a group of the undead. Throughout the game players will have the opportunity to save people from zombies, being rewarded with bonus points should they succeed. Should they fail, the victim will turn into a glowing red zombie which is even more powerful and aggressive than normal zombies.

We got a chance to see one of the game’s boss fights as Juliet faced off against a foul-mouthed “Punk Rock” zombie. Wielding a long microphone stand as a weapon, the boss seemed like quite a handful. In later stages of the fight, the boss literally hurls obscenities at Juliet. Screaming “COCKSUCKER” into his mic, the words appear in the air in giant red letters before rushing forward at the player, which was hilariously awesome. 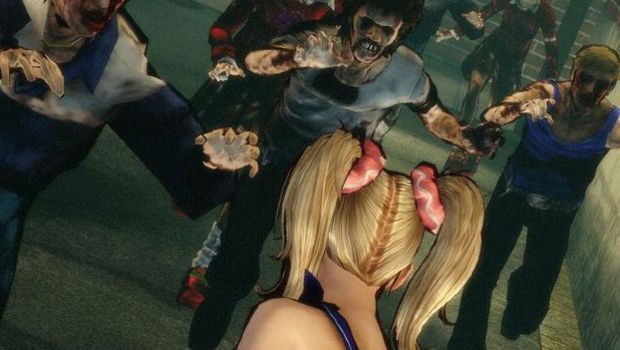 The combat seems solid and fun, yet it doesn’t seem to really do anything that fans of hack and slash games wouldn’t have seen before. I feel confident that this possible shortfall will be overshadowed by the combination of the unique visual style, the insane boss fights, and the overall humorous tone of the game. I’ll certainly be keeping track of how this game develops.