You know what’s awesome? Playing Left 4 Dead with the writer of Portal.

You’re not here to read my smug little boasts, however, you’re here to read a preview of Left 4 Dead 2. We were at Valve Software this past week to check the game out (as well as some other stuff), giving the “Swamp Fever” campaign a close and detailed look. You’ve likely heard about this Louisiana-themed stage quite a bit, and now you get to hear some more.

What’s it like playing as characters that aren’t Bill, Zoey, Francis and Louis? Just how dangerous are the new Special Infected? Why is incendiary ammo so much fun? All this and more will be revealed in our preview of Left 4 Dead 2. 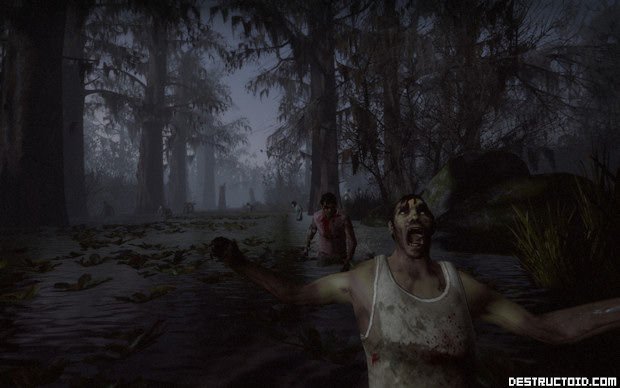 The campaign starts as any Left 4 Dead campaign should, with the usual kitting up in the middle of the Louisiana swamps. I tried out both the new shotgun and submachine gun to get a feel for the changes. The shotty seems to be a tiny bit improved from the original game, while the rapid-fire weapon now feels a little more unwieldy, more of a “spray and pray” type of firearm. Almost as soon as the campaign begins, we’re greeted by our old friend, The Witch.

As you may have heard, The Witch has been re-tooled this time around, acting differently depending on whether it’s day or night. Since “Swamp Fever” is set in the evening, she’s back to her familiar self, weeping on the floor and glowing a menacing red. Easily avoided in this rather open area. While Left 4 Dead 2 is still grounded in linearity, it feels less restricted in where you can venture. There are also multiple routes and branching paths at various points, helping to keep things interesting.

As the Infected attacked, I had to sit back and regard just how much scarier they are this time around. The Southern clothing somehow seems to make them look even creepier, most likely thanks to the fact that rednecks are pretty terrifying in their own right, not to mention zombie rednecks. Some wear overalls, some have no shirts on, some look like white trash. All of them look unnervingly spooky. 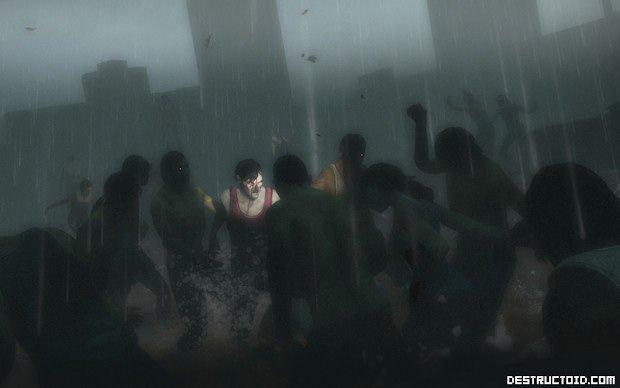 It wasn’t long before The Charger made his first appearance. He’s something of a shock trooper. Not exactly the guy that will turn the tide of battle in the Infected’s favor, but his sudden appearances and ability to completely bullrush the team keeps you on your toes. He managed to grab one of our numbers and push him to the ground before hammering away at the poor guy. He was quick to put down, but he managed to do some significant damage.

As we picked our way through the abandoned houses, we came upon some incendiary ammo. This provided a temporary upgrade to our main weapons, setting on fire any Infected that we see. While it doesn’t last an incredibly long time, it’s great fun to use. However, caution is advised, as a crowd of flaming Infected obscures vision and one can never quite tell if you’ve managed to kill them or not.

I also got my hands on a melee weapon, something that had eluded me when I played the game at E3. Armed with a trusty frying pan, I was pleased to see that melee weapons were very useful and fun without being overpowering. You can’t just pick up a frying pan and then batter your way from beginning to end. It’s still much more useful to rely on firearms most of the time, but it’s a good way to conserve ammo, and can get you out of a tight spot. It also makes a hilarious clanging noise.

As the level progressed, I was able to ditch the frying pan for an axe, which is more of a precise weapon. Swinging it at the right location does specific area damage to the Infected, meaning you can lop off a leg, an arm or even a head with the right swing. 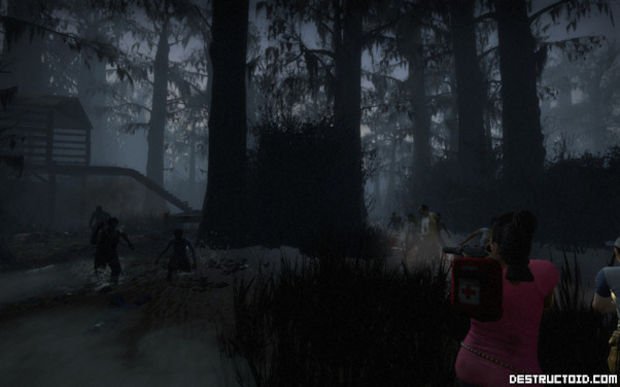 With a little help from a Charger and some lucky Infected, Rochelle was taken out, leaving us with only three Survivors. We got our first glimpse of banter upon Rochelle’s death, with a disappointed Nick looking at the corpse and saying, “So much for repopulating the Earth.” After I used my health pack and then discovering that Rochelle’s own health pack had been flung into the swamp, out of reach, I moved on.

Eventually, we came to a ferry that we had to call across the water. Naturally, of course, this was a Horde Event, and we prepared to stand out ground, choosing the roof of an old shack as our position. At first, things were going decently, but then The Spitter arrived. The Spitter is the difference maker as far as The Infected goes, an undead horde’s ace in the hole. Gone are the days when Survivors could just camp out in a corner, melee attacking anything that comes along. Doing so now will lead to death.

In case you don’t already know, The Spitter spews up a big ball of corrosive acid that causes splash damage wherever it hits. Once it explodes, the surrounding area is coated with acid and any Survivors caught standing on it will take damage fast. It dramatically changes Horde events, with teams needing to scatter and then regroup, making for a much more tense experience. 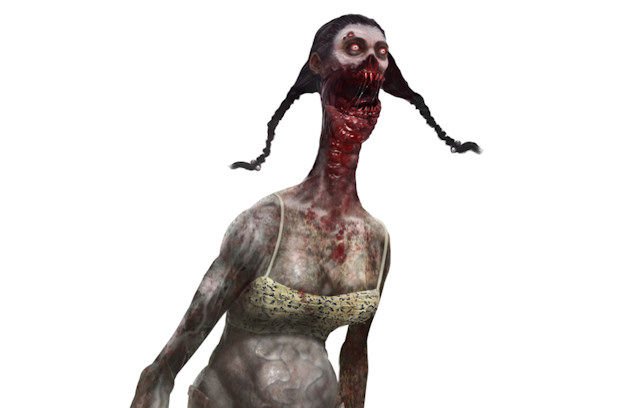 By the way, you’ve no doubt seen The Spitter in concept art form, and she looks incredibly creepy. However, the way she moves is even worse. Staggering about with her arms bent like some sort of zombie dinosaur in heels, she is by far the most twisted Special Infected yet designed.

The Horde is eventually put down, the ferry arrives, we cross the river, and rescue Rochelle. Now we have to trek through the swamps, which slows the group down. Walking in the water dramatically reduces your pace, and you feel so much more vulnerable when stuck in the swamp. This is made worse by the fast-paced Mud Men, four-legged “Common Uncommon” that splash mud in your eyes, temporarily blinding you.

Fortune smiles upon me when I lay hands on the AK-47. It’s very similar of course to the Assault Rifle, but everybody knows AKs are cooler. This helped me during the final Event, as we defended a crashed plane from a ravening Horde. Soon enough, a Spitter turned up and doused the plane in delicious acid, forcing us all to bail and break apart. It was a close-won fight, but we escaped through the skin of our teeth, and the demo ended. 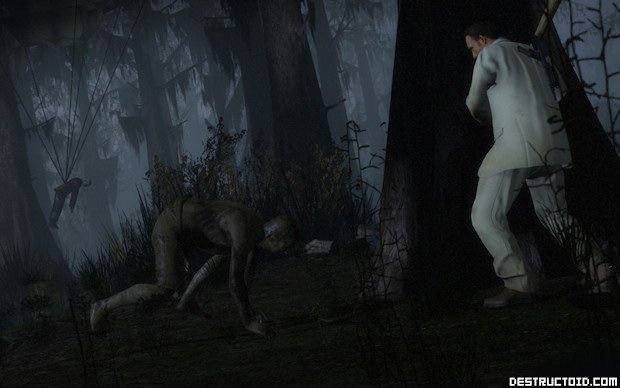 Left 4 Dead 2 is, at its core, more of the same. This you could probably already tell. However, the changes in place are more than enough to create a game that feels unique in its own right. The new Infected are immensely fun to tackle, and additions like incendiary ammo and melee weapons are subtle, but very welcome. If you loved the first game and you’re not planning on playing this, you’re an idiot. It’s just that simple.