As a fan of fantasy, role-playing game elements and Total War, I always wanted to give King Arthur a spin. When it went on sale during the last Steam sale, I couldn’t resist. So I started playing it to prepare myself for King Arthur II‘s presence as gamescom, two days before I left in Cologne. I ended up playing 7 hours straight.

Despite still not getting that far into the first game, King Arthur II looks like will add plenty of new stuff and tweaks in the gameplay — for the better. 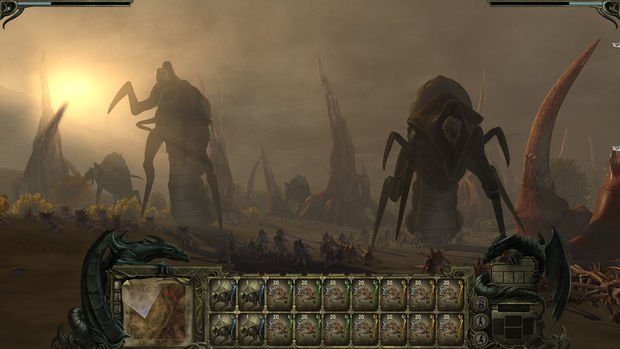 All is not well in the lands of Britannia. A Witch Queen from the Orkney Islands has risen to power and was able to wound the player-King with a never-healing wound. To make things worse, the Holy Grail has been broken, Merlin has been imprisoned, and the Knights of the Round Table have all gone their separate ways.

Demon-like creatures known as the Fomorians are now laying waste to the southern provinces, which you apparently united in the first game, and it’s up to you to defeat them, find the Knights, heal yourself, and heal the land with the middle and northern provinces of Britannia at your disposal.

The new engine in King Arthur II looks like a good step up from the last game. The weather can be changed again, which appears to be a lot nicer now, and everything just has that extra layer of visual fidelity. While the upgrade gives you graphics that are nice to look at — especially with twice as many soldiers on the battlefield — it’s the changes in gameplay that matter most. 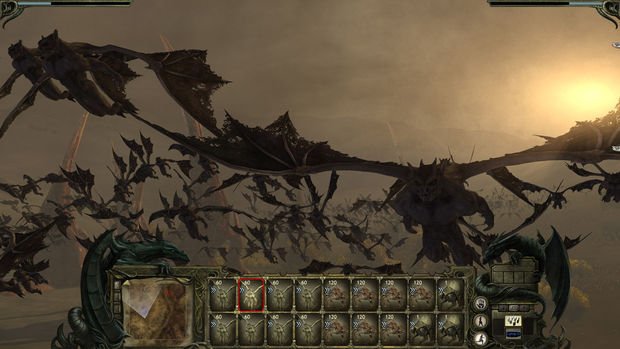 Flying creatures have been added to the game, with units such as dragons being strong and costly, but also slow and prone to attacks by archers or swarms of fast-flying enemies. Besides all the new creatures, the biggest change comes from the new magic system.

You and your opponent now have a magic resistance meter during the battle. To do magical damage, you must either lower this resistance, by withering your enemy’s “magic shield” away through magical attacks, or use a spell that is strong enough to pierce the magic resistance.

The magic resistance bar has four levels, indicated by markers at each quarter, and your spells must be stronger than the current level of magic resistance to have any effect. For spells, cooldowns are back but some of the more powerful spells now take time to cast. Whenever an enemy hero starts casting a spell, you’ll see an indicator on screen that you can click on to instantly snap to the spell-casting culprit. Then you can try to interrupt him with a spell of your own or through attacks by your army. 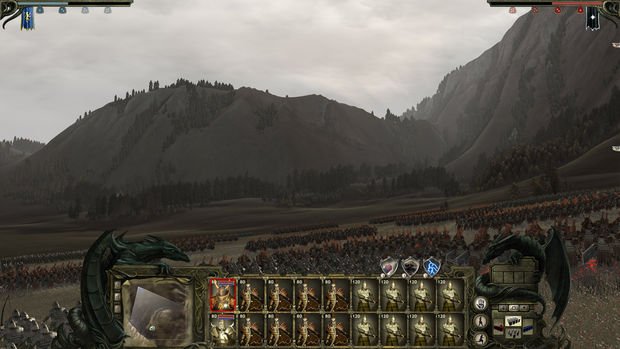 Supporting your magical power is a revamp of the combat map’s strategic locations. Victory locations have been scrapped, and in return the location bonuses now work across the map. That’s really nice, since I hardly ever stuck around these locations in the first game to make them useful enough to care about their bonuses.

On the overworld, turns are now only a month instead of a season. I asked what effect that would have on the Winter season, when you can’t move your army, but wasn’t able to get any hard info on that. If it means you have more time to build up your army strength while the enemy does the same, that could change a few things for the overworld gameplay if you’re used to King Arthur‘s flow.

One use for the increase in turns per year could be found in the ability to upgrade strongholds and minor locations, as both this and research will probably take quite a few turns. Another useful addition is the ability to sacrifice unneeded hero artifacts for experience, or put them towards forging more powerful artifacts. 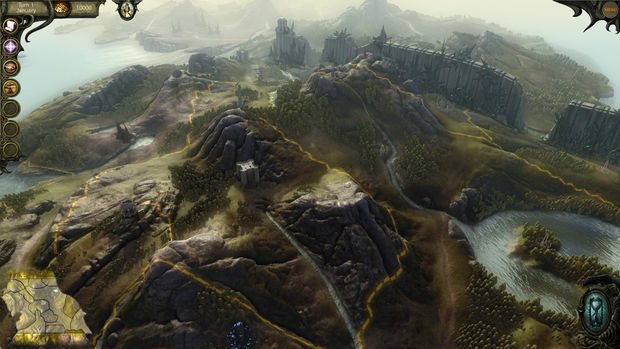 King Arthur is a hugely enjoyable game that any fan of the RTS style found in Warhammer: Dark Omen and the Total War series should pick up. King Arthur II looks like it will make some interesting changes to the gameplay and everything looks nicer to boot. I wish I could start it up right now.