The only thing you’ll have to come to terms with is that it’s a free-to-play browser game. The upside of this is that you’ll be able to play it anywhere you have a laptop or computer. While you can do that with the original game if you install it everywhere, there’s a few things that make the F2P game worth a look for fans of the series. 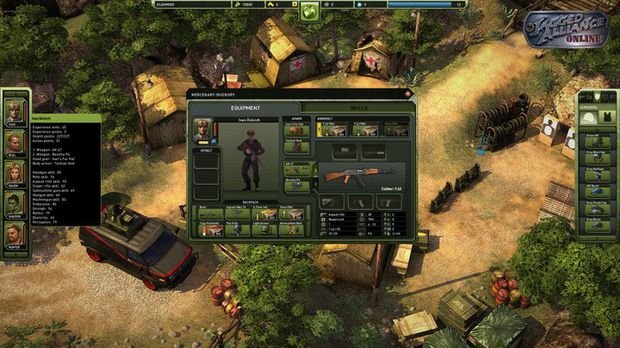 Essentially, Jagged Alliance Online is the Jagged Alliance you know and love and taken to the current age of free-to-play. Just like in the old games, you can hire mercenaries for your squad and nurture them to perfection through a series of contracts that give you combat missions. Mercs have skills that define their ability to use weapons effectively and grant bonuses to factors such as health.

Combat is purely turn-based with hit percentages for shots on body parts and everything else you remember from Jagged Alliance and Jagged Alliance 2. Movement and shooting costs Action Points, with every merc having a set amount of AP per turn. Once you’ve run all your moves, the enemy does the same in turn.

Destructible walls can be blown open to create different paths, but you might want to watch out for all the enemies that you’ll alert by doing so. Explosive barrels dot the battlefield to lure your foes next to, before making them go boom should you want to risk it, and cars with alarms will make you want to rethink just how much cover the merc hiding behind it really needs. 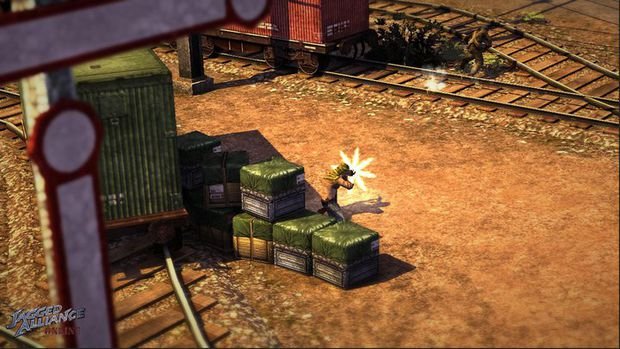 The contracts offer you a range of missions, each with a choice on how to approach it. If you want to try your luck with a frontal assault on an enemy camp, then by all means go for it. If you want to sneak around without drawing too much attention, that option is there as well. These contracts can be played again if you want, but to minimize grinding and keep things fresh, they’ll have slightly different conditions and rewards every time you play them.

If your merc dies, you can revive him or her, but it will take some time and cost you money. To boost abilities like reviving mercs, you have a central base with buildings that you can upgrade. For instance, a medic tent can be upgraded in multiple stages to become a lot more effective.

Instead of fighting a group of enemies that just moves towards you until you kill them all, there will be a number of different enemy types that have their own behaviors. Some will be suicidal and try to get as close to your mercs as possible, while others will take a more tactical approach and try to flank you. 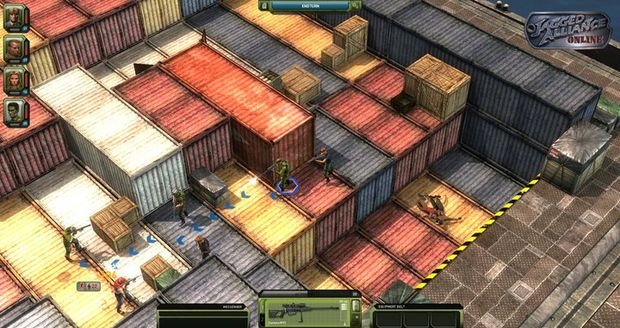 Of course, one of the bigger selling points of Jagged Alliance Online is being able to play it for free with friends. Instead of taking a simple PvP approach where two or more teams fight it out, the implementation here is slightly different, because no one wants to run around that one remaining guy who just keeps walking in circles until you catch up with him.

In multiplayer, you fight different teams that have to reach a goal obstructed by a wall of enemies. Whoever fights through them and reaches the goal the first, wins. After launch, Gamigo will be adding cooperative play as well.

The F2P elements are offset by mercs and items that you can buy for real money, but these will be balanced to a degree so that they won’t just make the player with the deepest pockets the most powerful. If you don’t want to play a lot of missions to earn enough money to buy what you want, you can take a monetary shortcut. 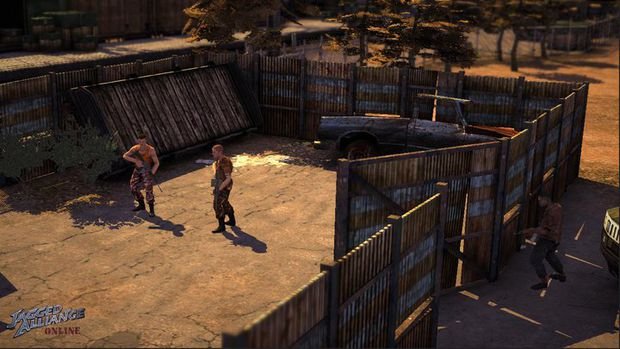 I used to love Jagged Alliance back in the day, and with so many F2P games popping up everywhere, I was a bit apprehensive of whether or not this game would be any good. Gamigo is working with bitComposer, who owns the rights to the franchise, and it looks like they are doing a good job with it from what I saw.

It’s good old Jagged Alliance that you can play online for free, with friends. What’s not to like?