Iron Man 2 producer Kyle Brink knows that 2008’s Iron Man game wasn’t as good as it could have been. But don’t blame him — Brink, an 18-year veteran of the gaming industry, joined the team at Sega specifically with an Iron Man sequel in mind. And this time, he hopes to get it right.

“You read the first three forum posts on Iron Man 1, and you know everything about what needs to be fixed,” he admits. “I went and read a whole bunch of feedback, looked at my own notes, and was like ‘I don’t disagree with any of this.'”

Knowing exactly what needed to be fixed in a sequel — Brink specifically mentions controls and monotonous level design — should help Iron Man 2 to be every bit the game that its predecessor was not. Brink hopes that his experience working on high profile franchises like The Sims, Call of Duty, and Champions Online, will help in bringing the high-tech world of Stark Enterprises to gamers in a fresh and exciting way.

Based on a hands-off demo of Iron Man 2, it looks like Brink and the team at Sega Studios San Francisco may be headed in the right direction.

First thing’s first, and don’t get it confused — Iron Man 2 is not a movie tie-in game. Yes, it’s hitting shelves days before the film opens in theaters, but that’s mostly for Sega to capitalize on the marketing blitz that will surround the Hollywood picture. But as a standalone game, Iron Man 2 is its own thing, through and through.

Written by Brink and award-winning Iron Man comics writer Matt Fraction, the game is set in the same “universe” as the film, but features a unique storyline. It’s in this way that the game can introduce characters (including villains like Crimson Dynamo) and situations you won’t see on the big screen. This, Brink says, gives the team the creative freedom to make a better game from the start.

“That hurts games a lot when they have to stick to the movie story line,” he explains. “Because movies change the storyline and you’re two-thirds the way through [game] development.” 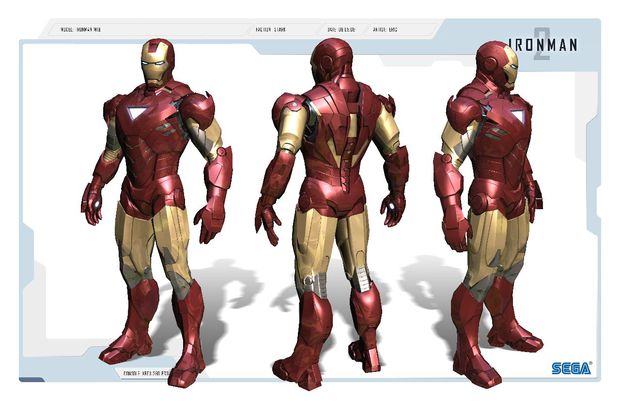 Iron Man 2 will feature over eight missions that mix ground combat, hover combat, shooting, and flying. It’s these three core game components that Brink hopes will bring much-needed variety that was missing in the first title.

Ground combat puts players up close with the enemy, using hand-to-hand abilities of different styles (which you can switch between on the fly) woven together using strings of button combos. I see Brink take out a group of enemies at close range with kicks and punches, sometimes firing weapons on the fly to switch things up a bit. The action looks fast and smooth, with robotic enemies exploding to pieces as blows land.

Hovering and flying, expected abilities from Iron Man, have also been given an overhaul in the sequel as well. Brink mentions they took cues from Hideo Kojima’s Zone of Enders series, mapping up and down to controller face buttons (“Y” for up, “A” for down on the Xbox 360, which I’m shown). It’s also possible to lock on to targets, giving you a third vector of motion and making it easy to take out enemies when on the aerial move. 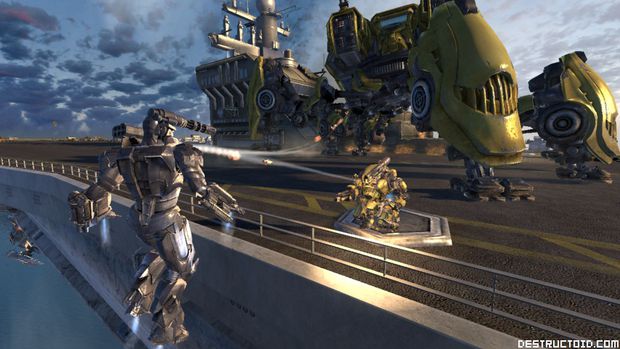 Upgrades are also a huge part of Iron Man 2, giving you even more ways to customize your experience. Completing missions will give you “field data,” which can in turn be spent in-between levels in Tony Stark’s garage. The data will allow you to upgrade and add-on all manner of suit modifications, including different fighting styles, enhanced ammo types, and more.

Tony’s garage is also where you’ll equip various suits, which Brink says are mostly cosmetic, but allow for different weapon load outs. The idea here is equipping each suit with different strengths — the MK IV armor could be equipped with lasers, another equipped with rockets. Having these different load outs at your disposal, you’ll be able to quickly choose the armor best-suited for you before each mission.

Players have the option of choosing to either take Iron Man or War Machine into battle as well. While the main storylines will remain the same, cut-scenes will take into account the hero selected, and dialogue will change accordingly. Brink also points out that War Machine is more powerful than Iron Man, but also a bit slower, which should make playing as each feel slightly different.

Sega tells me a demo for Iron Man 2 will be made available after the game hits shelves on May 4.