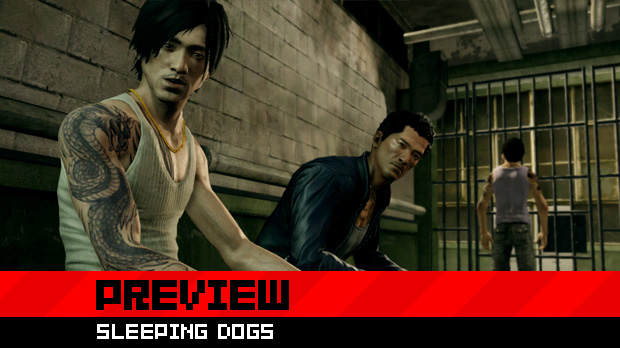 I’m so glad this game has shaped into what it is now, because when I first heard that Sleeping Dogs was originally titled True Crime: Hong Kong, I thought to myself, “Damn it, hopefully this will be a short demo.” Once I saw the game in action, though, and was informed that it was always meant to be a completely original IP (with or without the True Crime handle), I shed all reservations and instantly grew optimistic.

I like it when games feature a real subject matter. I especially enjoy it when they portray that subject well — not perfect, just with dignity. Sleeping Dogs is about the Triads, and undercover Hong Kong detective Wei Shen’s mission to infiltrate the notorious Sun On Yee organization. His journey is brutal, grim and unforgiving. Basically everything you’d expect in the world of Chinese organized crime.

By the end of the demo, I was thoroughly happy that I bothered to check out Sleeping Dogs, and not just because I got a bullet-shaped USB drive out of the deal. 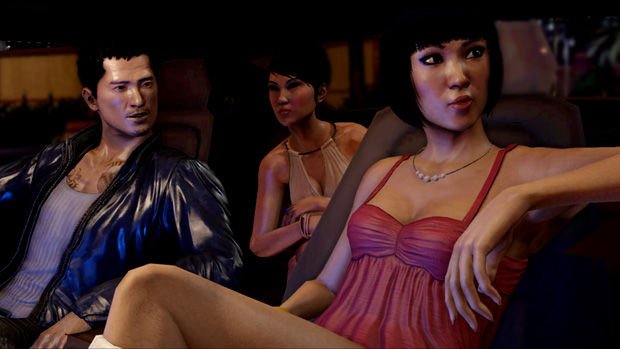 A police story with a super cop

It pleases me greatly when I play a game from a developer that openly places narrative high within their development process. I had a chance to speak with Lead Producer Jeff O’Connell, who stated they put a lot of effort into featuring an intriguing and gripping story.

“I think as far as a real, gritty — whatever other adjectives you want to throw on top of it — mature cop story; we’ve achieved that,” he told me. “You can do the sort of Charles Bronson ‘I’m a cop and I kill everybody’ story, but we wanted to be more respectful of our source material than that.”

I like the sound of that. Not only does the subject of triads fascinate me immensely, but I’m even more intrigued if some degree of realism is incorporated within the portrayal. While this is a game, and action is very abundant within the gameplay, at least certain elements of the experience were subdued for the sake of the subject matter. What’s even more gratifying to hear is that actual research was done from real Triad members.

“We sent our writer to Hong Kong and he met with a guy who used to be in the Triads,” O’Connell said, “and he hooked our writer up with some friends of his who are still members. They took him to different clubs and restaurants, and answered basically every question our writer had.”

Jeff informed me of some interesting misconceptions people have towards Chinese organized crime, so I can’t wait to see how they incorporate all of this into the game. From what little I saw of the story, I can tell that people into Chinese crime and action films will be drawn in. 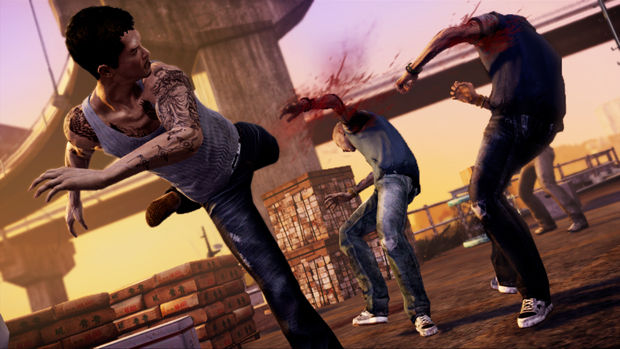 Speaking of Chinese action, Sleeping Dogs certainly has taken a lot of inspiration from the mordern-day martial arts films of Hong Kong cinema. The gameplay emphasizes a lot on hand-to-hand combat and utilizing the environment to subdue enemies … because, from what Jeff told me, Triads are more keen on beating or cutting people to “send a message”, rather than just killing them.

Punches connect with such brutal audibility, that mere blood splatter sounds like a small cup of juice being poured onto the floor. Counter moves result in either a kick to the face or a broken arm, followed by a gut-wrenching squeal from the opponent. The environments, though, are where the real payoffs lie.

Enemies’ heads can be slammed onto table edges or in between car doors. They can be thrown and impaled on sharp objects jutting from the ground. My personal favorite, though, has to be shoving someone’s face into the fan of an air conditioner, resulting in a crimson mist of meat and flesh. It’s the little things in life that you treasure, really.

Some may ask, “What’s authentic about that?” Well, anyone who enjoys Hong Kong cinema can tell you that exaggeration is a key component to the composition. If protagonists aren’t throwing enemies into things, smacking them in the head with random objects, or kicking them hard enough to let the power powder fly (the dust you see whenever people land blows), then you’re probably not watching a Chinese action film.

What’s Hong Kong action without some automotive escapades, though? As expected, Wei utilizes several different vehicles to make his way through the open world streets of the city. Also, he can have a little law-bending fun with some street racing. One of the levels I played involved that very thing, against one of Wei’s criminal cronies. It was fast and very arcade-like, and reminded me greatly of the Need for Speed Underground series. Though most people seemed to fail once or twice, the racing was fairly well done for a side feature. Hopefully they loosen up the vehicle handling a bit before the game launches.

In short, though, the gameplay was fun and satisfying. End of story. 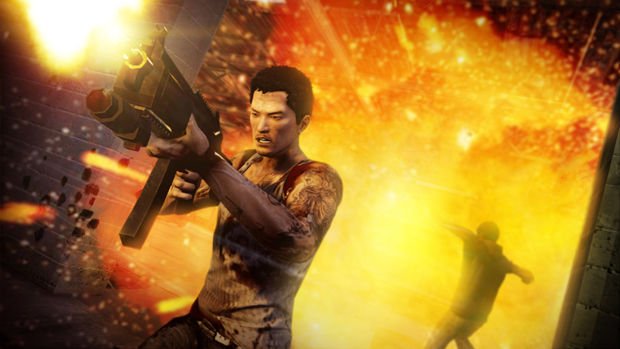 Sleeping Dogs has had a bit of a rocky development. It first started off as an original IP, however Activision (the owner at the time) decided that the True Crime name would help the game sell, so it then became True Crime: Hong Kong. Unfortunately, that project was eventually canceled, though it was adopted soon after by Square Enix during their spell of swooping up western companies and franchises.

I got to sit down with Lee Singleton, General Manager for Square Enix London, as well as Stephen Van Der Mescht, Executive Producer at United Front Games, and ask them about the relationship between both of their companies.

“[Square Enix] is basically a dedicated team of designers and producers,” said Singleton, “and we have a little acquisition group who knew a couple of people at UFG. We heard about what had happened — how they were left with no game coming out — so we spoke to Activision, we spoke to the guys at UFG, and we did a deal to make it work.”

It’s never a bad story to hear whenever a company gets to continue with all of their hard work, and Van Der Mescht assured me that the relationship between the two companies couldn’t be any more coalescent. “There was an immediate shared vision,” Van Der Mescht stated. “[Square Enix] had experience with open-world games with Just Cause 2, so what we were doing became quite clear to them, as did our goals. So there was a perfect match.”

Both men were very confident about their work together and the project itself. As they should be, because I’m definitely interested in what else Sleeping Dogs has to offer. It’s a shame that certain titles face the grave before they’re even born, but at least Sleeping Dogs is now happily in development and seeing its eventual release.

Singleton concluded with, “I can’t really tell you why Activision let [Sleeping Dogs] go, but I can tell you why we signed it; it’s an awesome game.” 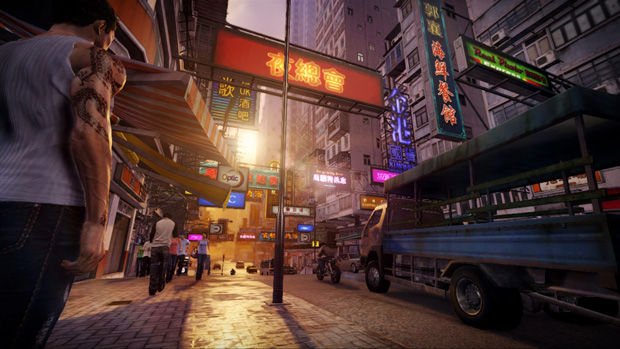 So it seems that Sleeping Dogs will see the light of day, and I can’t wait. While I’m not allowed to unveil all of the details of the demo just yet, I can assure you that the game looks great. Hong Kong is realized with vivid detail and life, the game’s soundtrack is a beautiful mixture of ancient Chinese wind and stringed instruments, and it features a subject that I’m sure most of you would love to experience.

If you love modern Hong Kong action flicks, intense cop stories, and the seedy underworld of organized crime, then be on the lookout for Sleeping Dogs.