Fluidity is way better than in looks, so much so that it’s making me depressed.

I seriously doubt that this game is going to find its audience when it’s released for WiiWare tomorrow. It  looks too much like your average throw-away “edu-tainment” WiiWare title to get most gamers’ attention. That’s a shame, because beneath Fluidity‘s bland exterior lies an smart, surprising, and thoroughly “game-y” videogame.

Hit the jump for my full preview. 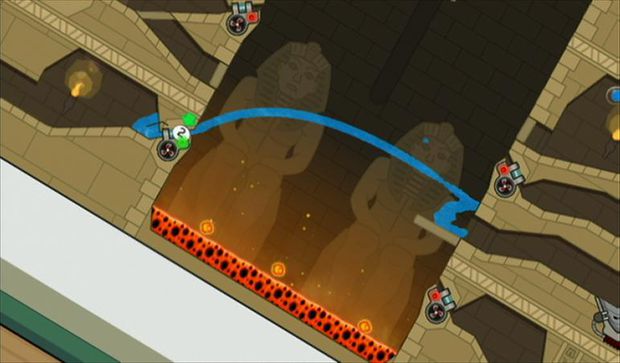 Fluidity is a puzzle platformer that manages to pack a huge breadth of gameplay experiences together into a tight and clever little package. I expected a lot of gameplay variety from game about something as transformable as water, but I still came away surprised with how well Fluidity cashes in on its potential.

The game tasks the player to move a small body of water around various environments to solve platforming puzzles. Just like in real life, your in-game water can take on three forms; solid (ice), liquid (pool), or vapor (cloud). Every time you change forms, it feels like booting up a new game. The game can go from giving Super Meat Boy flashbacks, to sending out a distinct Loco Roco vibe, to Incredible Machine mode all in seconds. Using Ice feels the most like a traditional platformer, the pool of water feels more like a 2D resource management game, and the cloud-form takes the game out of the platformer genre entirely and into a weird exploring shmup mode. 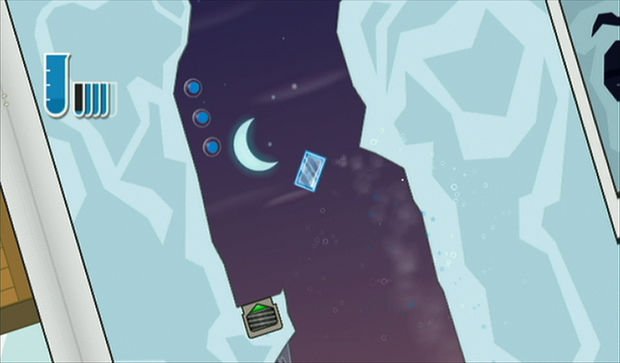 With ice, you can jump and crush enemies by stomping on them, but likewise, you can get crushed by various environmental hazards. The pool of water isn’t as vulnerable to attacks. For instance, if the pool is hit by a wall of falling spikes, it wont have any effect. In fact, the only things that seem to damage the liquid form are the game’s enemies; an inky group of blob-like creatures called “the influence”.

Though it’s easier to avoid damage when you’re liquid, that form isn’t without its disadvantages. Your pool of water can jump just like the solid form, but landing from a jump in such a malleable state will lead to a big splash. Splitting your pool into smaller puddles doesn’t do any damage, but it does make things a lot harder to control. Before you know it, you’ll be controlling three or four little pools of water at a time. If your pool stays split apart for two long, the smaller pools will evaporate, which equates to tons of damage. 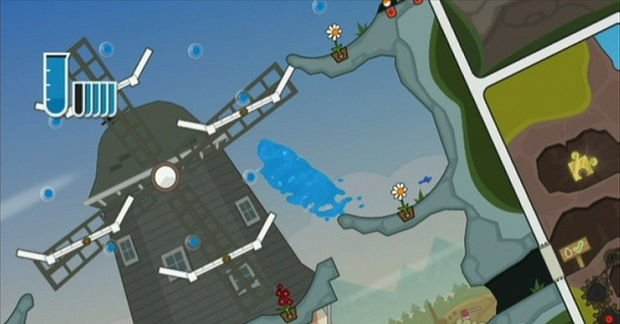 Keeping your pool fully formed is half the battle where you’re liquid, and the game takes some liberties with reality to assist the player in that task. Holding down the “1” button causes the water to magically bunch together, even if that means defying gravity or other laws of physics. Though the game’s visuals are generally straight laced, it’s not afraid to get weird once and a while. This is just one of the many additional powers that each form of water can acquire.

The last form is the cloud, which is invulnerable to physical attacks, but likewise, has limited capacity to have physical impact on its surroundings. It feels a bit like controlling a ghost. You can fly and go just about anywhere, but you can’t touch anything. You can, however, hit enemies and obstacles with an electric shock, or turn back into a liquid by raining. 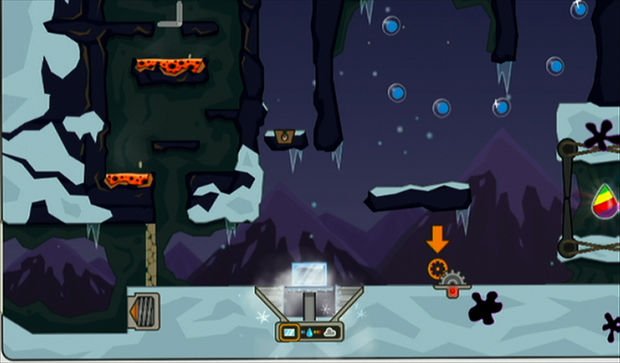 So how does all that fit together? Well, for average game of Fluidity may go something like this. You need to grab a gear and get it into a machine. Get the machine working, and you’ve cleared the level. Starting off in liquid form, you can ride a waterwheel up to the gear, taking care to keep from excessive splashing or otherwise losing yourself in the process. After you collect all any lost puddles of self, you can grab the gear and keep moving. From their, you’d be wise to slosh over to the a machine that will transform you into ice. That way, you can freeze the gear to you, so you wont have to worry about dropping it.

Now with the gear frozen inside yourself, you’ll be able to clear areas that the pool couldn’t get by (like grates and vacuum pipes), while being armed with the ability to push down switches and stick to walls. Eventually you’ll hit a locked door that you can’t jump over or smash through, which means it’s time to switch to cloud form and float on. You’ll need to leave your gear behind in the process, but by flying over the wall, you can get to a generator. Shock the generator with lightening, and the previously locked door opens electronically. From there, you switch back to water, grab your gear, freeze yourself back into ice with the gear inside you (again, to avoid gear dropping), and get over to that broken machine. 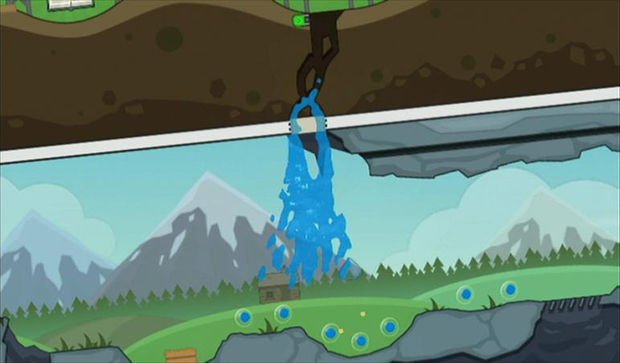 Oh wait, did I say that you should freeze yourself into ice again? That might not be such a great idea, because once you get to the broken machine, you wont be able to do much with it. The gear is still frozen in your body, dummy! How are you going to get it out? I guess it’s time to backtrack a bit to melt yourself into liquid, then get that gear back to the broken machine (hopefully without too much splashing along the way).

That’s just a small sample of what one of the game’s puzzles might entail. Hopefully it showed you how switching between forms in Fluidity is more than just a hollow gimmick. It’s really a lot of fun, and feels totally legit, in an old school gaming sort of way. That’s really just the start of what Fluidity has to offer in terms of traditional gaming features. The game filled with expansive environments, bonus levels, boss fights, power-ups, and various unlockables. It actually feels a bit like Metroid, where gaining a new power and returning to an old haunt will potentially open up all new experiences. 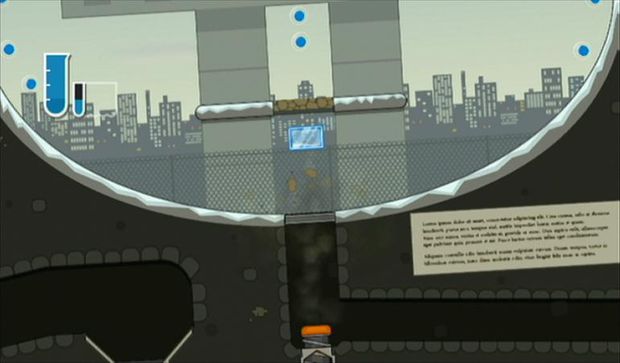 Even though I really like the game, I’m not ready to full recommend Fluidity just yet. I can’t say for sure if you’ll be able to get past the game’s nearly personality-free presentation. It may be too much for you to bare. Either way, I implore you to check out the demo when it releases. One thing I can say for sure is that you really can’t judge Fluidity by its cover. It’s a “real” videogame that just happens to be disguised as shovelware.