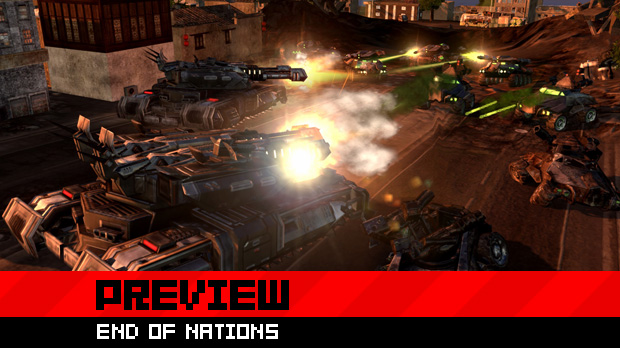 I’ve never had much of a knack for strategy or warfare. I’m not relentlessly evil enough to be a dictator, and I’m not selfless and stalwart enough to be some sort of freedom fighter. So when the big WWIII hits, I’m probably going to be one of those dudes who buries himself in some hidey hole and fights the war in his own disconnected, demented way…like Tim Robbins in the War of the Worlds remake.

Thankfully, the upcoming free-to-play MMORTS End of Nations gives players the chance to fight alongside friends for a good cause, as well as f*ck them over in the process. Its deviation from the usual RTS style might be a bit off-putting to some traditionalists, but the changes are indeed interesting enough to merit a tryout.

Besides, it’s not like you have anything to lose. This game doesn’t cost you a dime. 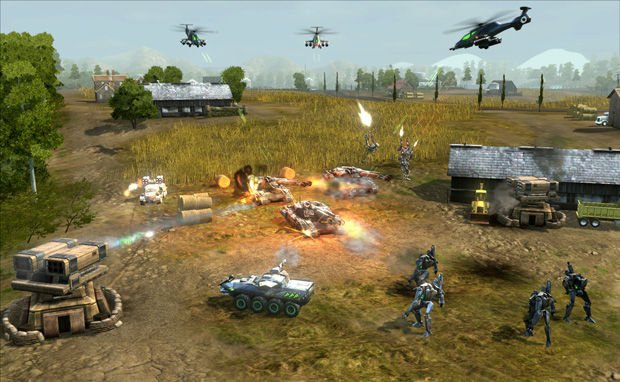 I’m just going to get this out of the way, because plenty of people still think that “free” is synonymous with “cheap,” especially with regards to game design. However, anyone who has played games like League of Legends or Heroes of Newerth can tell you that that’s completely untrue. Also, anyone who has played Trion Worlds’ previous MMO, Rift, can testify that this company certainly makes quality games.

End of Nations is completely free. Yes, you read that correctly; you don’t have to pay a single cent to experience all of the game’s content. That’s a pretty sweet deal. So if you’re on the fence about whether or not to give this one a try, at least you aren’t risking anything by doing so.

I know you’re probably thinking, “How do they plan on making any money?” Simply by providing anyone with time constraints (i.e. actual adults) the choice to buy experience boosts and other types of handicaps so they can enjoy the later content of the game a bit sooner than us leeches. That’s all … no pay-to-win crap that people usually complain about when it comes to F2P games. 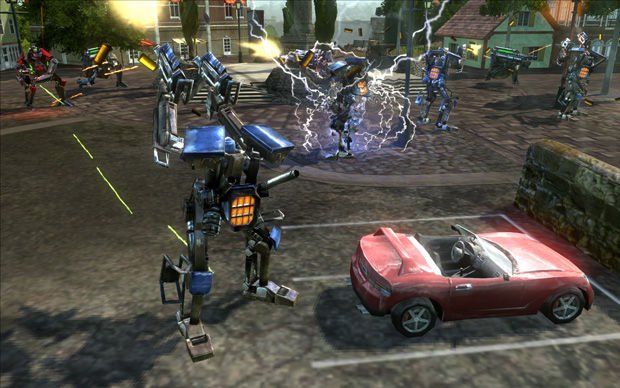 From what I played, I didn’t manage resources or build bases of any kind. Matches were won by meeting a set of pre-existing conditions, or simply by outlasting the other player. Players start off by choosing one of two factions — the Liberation Front or the Shadow Revolution — before entering matches with their “squads,” customizable sets of units that each player controls. As they progress through the game, players earn points that go towards upgrades, new units, and better super weapons … pretty self-explanatory stuff.

The first mode I played was creatively named “Last Man Standing,” where I and another press member battled against waves of enemy forces — both of us at separate ends of the map. Before the match, we picked a squad of units, and were tasked with defending our capture point for as long as we could; whoever lasted the longest won the match. The best part about this mode (and what led to my victory) was that I could send “gifts” over to the other player’s blockade. In this case, “gifts” translates to clusters of mines that I dropped directly into his units.

Other modes were a bit more directly competitive. At the event, the opposing side of the table consisted of Liberation Front players, whereas my side (designated as “Team Stinkeye” by yours truly) was nothing but Shadow Revolution. After starting at opposite ends of the map, both teams fought for control over different points on the battlefield; some points granted a bigger cash flow to repair units and buy super weapons, whereas others depleted enemy reinforcements at a faster rate. We lost, unfortunately, though Team Stinkeye shall never be forgotten

I must say, having each member of the team control their own set amount of units is a rather interesting approach to RTS multiplayer. While most players at the event controlled their squads as a single entity, rather than splitting them up, I’m curious to see what strategies are formed with this different style of gameplay. 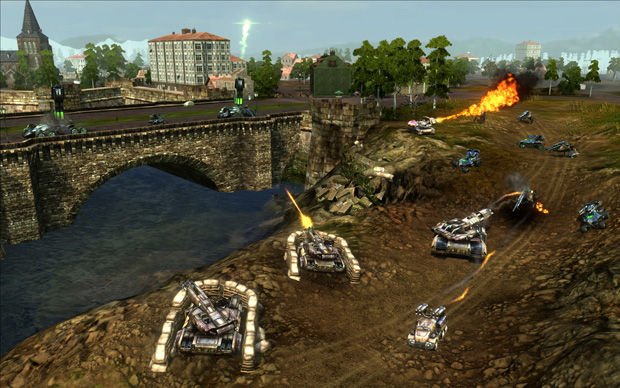 The smell of napalm in the morning

For those who don’t know, the developer of End of Nations, Petroglyph Games, was founded by ex-employees of Westood Studios. Anyone familiar with Westwood surely knows of their flagship franchise, Command & Conquer, which is now seeing decent success under the guidance of Electronic Arts.

So with End of Nations being developed by key minds behind one of the most influential strategy games ever, you can bet your war bonds that I’m enthusiastic. Also, it should come as no surprise that End of Nations features a similarly epic, baroque style that Command & Conquer had. Global conflict, evil military organizations and odd technologies are but a few of the features that’ll make you Brotherhood of Nod fans feel right at home.

The conflict itself is particularly familiar. Basically, some jerk decided that the United Nations wasn’t living up to its intended purpose, so he decided to form the Order of Nations. Their goal: to wipe out all of the world’s individual governments and replace them with a singular one. Unfortunately for all fascist regimes, people don’t take too kindly to control these days, so, as a result, the two aforementioned factions were formed to combat this evil empire.

To make things more interesting, both factions happen to dislike each other a bit … hence FedExing landmines to my opponent. The overall conflict is a bit crude and cartoonish, but it does fit well with the game’s number of modes and locales. These types of games never really lend themselves to plausibility, anyhow. Just fun. 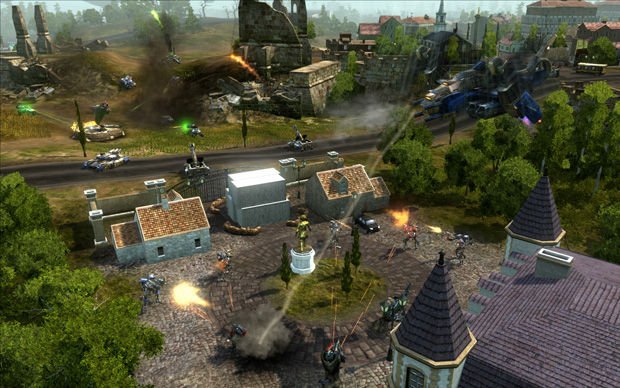 …Only who is left

End of Nations is an idea that I’ve always been interested in. Social titles like Empires and Allies have shown that strategy games work nicely with open and seamless communities, so I’m anxious to see how crazy the clashes in EoN will get.

I won’t lie, it is a different kind of RTS. If you’re some sort of RTS god (or if you’re Korean), then End of Nations is going to be unfamiliar territory for you. Still, that’s no excuse to not give this game a shot when it launches this fall. Your wallet will remain untouched.

Your pride, however, is another story. Later in the event, every member of the press teamed up against the Trion Worlds QA department. To say we were massacred and humiliated is a gross understatement. Jerks.