Fat Princess: Fistful of Cake was not a game I was expecting to see at a Sony PSP event. After all, Fat Princess has been seen as the main go-to game for the PlayStation 3. But checking it out on the PSP, and noticing that almost everything has been ported downward with almost no problems, well… I was charmed. How did they pull it off?

Well, according to the rep, not far into the development of the PS3 original, the team at Titan Studios knew that they wanted to bring the experience to PSP players. With that, they began to send assets and game code to SuperVillian Studios, a studio more than ready to make a portable version of the original hit.

It looks like that was a smart decision, as Fat Princess: Fistful of Cake, is a very full featured game. With a substantial amount of new single player, multiplayer modes and maps, and even a new hat, I found a way to be re-charmed by Fat Princess.

What’s great about Fat Princess: Fistful of Cake is that it contains the entirety of the original game, as well as 50 percent more content. This applies to the story mode as well as the multiplayer, so expect a whole lot of new things to play with if you get this version. Single player, which many people complained was just a tutorial for the multiplayer in the PS3 version, has now been doubled in size with more plot elements and gameplay.

Take note, although this version was built with the PS3 coding, then downgraded, there are currently no plans to bring these maps and modes to the PS3 version. Also, instead of the 32 player level cap on the console title, the PSP version only supports 8 players, and voice-support is gone as well. Other than online multiplayer, Ad Hoc is supported. 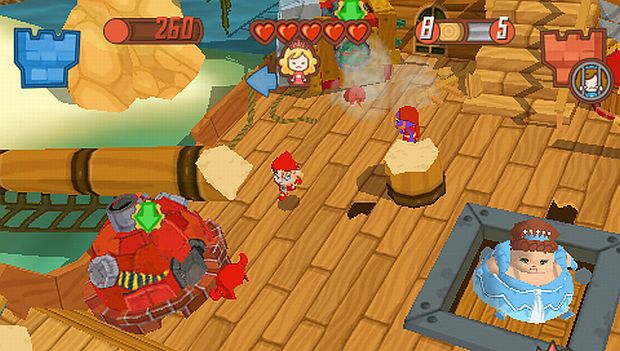 One of the new modes I played was a mode called “Grim Reaper.” In this mode, players race to collect the one new hat, the grim reaper hat. When you put it on, you gain a whole bunch of health, as well as really powerful attacks. Like a King of the Hill mode, the goal with this is to gain as much time with the grim reaper hat before everyone else kills you.

Other new modes include Jailbreak, where you must gain more and more posts, with each post granting you more allies, or Demolition, which is opposite of standard Fat Princess modes. In this one, you are asked to transfer bombs into your enemy’s base to blow it up. Dilapidated starts you off with just one hat type (worker), and you must earn the other hats as you play. These modes hope to offer a fresh perspective on the original Fat Princess. Also expect six new maps to play on. 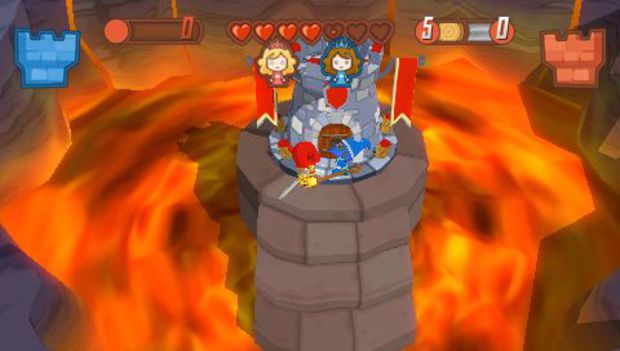 Interestingly, if you’re in North America, the only way you’ll be able to get this game is through PSN. European and Japanese players will get UMD releases.

Obviously, developer SuperVillian Studios is working hard to make Fat Princess: Fistful of Cake to the same standard of Titan Studio’s original game. Online (I’ve been promised) will work, and the issues that initially plagued the original Fat Princess have been solved. I’m a little concerned that a online multiplayer-heavy game like this might struggle finding the right numbers, but with the PSN focus, there should hopefully be a solid release this holiday season.