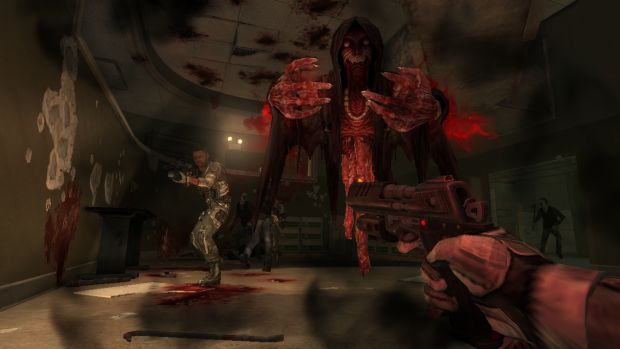 F.E.A.R 3 is the latest in the spooky first-person shooter franchise where you and your dead ghost brother have to save the world from your pregnant ghost mom. Or something. Honestly, it’s hard to pay attention to the story when all I can ever focus on is that you get (SPOILER) ghost raped by Alma in the previous game.

So it’s a good thing I only had to play the four multiplayer modes during my hands-on session with F.E.A.R 3. One mode is awesome, two of the modes are good and the fourth mode was pretty forgettable. 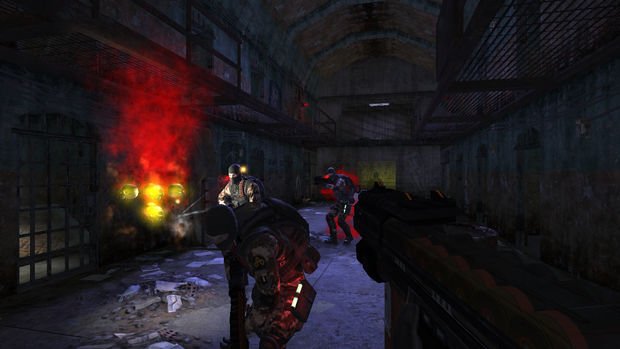 Let’s start with my least favorite of the modes and work our way to my favorite. In “Soul King,” all players start off as the Spectre, a ghost who can posses humans and other monsters. Spectres only have one simple projectile attack, meaning players will want to find and possess humans that make use of assault rifles, shotguns and more.

The overall goal is to kill enemies, collect their soul and be the player with the most collected souls at the end. Getting killed will see you losing half of your cache of souls. 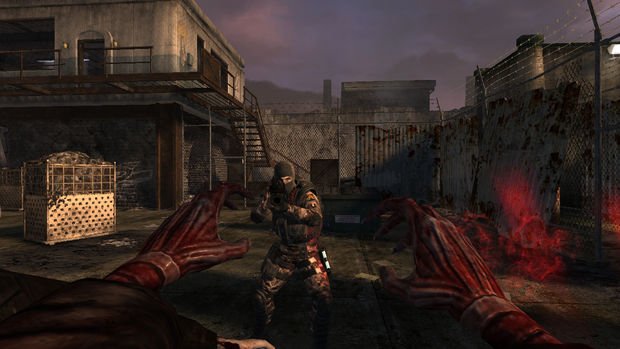 My main reason why I didn’t like this mode is that there’s too much going on. On top of worrying about the three human players, there’s a continuous funnel of AI characters coming in from all over the map. There’s a never-ending stock of humans to possess, but the draw back of that is you’ll be getting shot up from all over the map too. I was getting killed more than I was actually killing.

Next up, we have “Soul Survivor.” Four players will start off in a room and Alma will randomly corrupt one of the players, turning them to the ghost side. The corrupted player now has a limited amount of time to corrupt the remaining humans while the human players must defend themselves against waves of Armacham soldiers.

This mode was pretty fun in that the three human players really have to work together while the corrupted player needs to strike at the right moment, such as when the players are separated. Human players can’t be killed — only downed — which sees them crawling around on the floor and only able to wield a pistol. It’s in this state that they can either be healed by a buddy or corrupted by a ghost. Once a person has been corrupted, they’ll join over to the ghost side and have to corrupt the remaining humans. 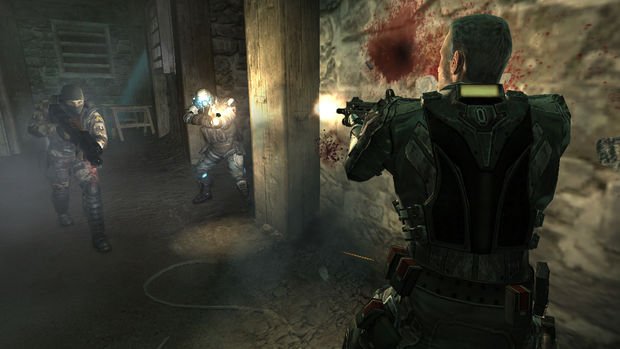 “Contractions” mode is very similar to the zombie mode in Call of Duty: Black Ops. Waves of enemies attack and you have to defend your base. You’ll even board up your base, Black Ops style. In between each wave, players can secure treasure chests from the map and use them to purchase new weapons before the following stronger wave attacks.

So why is this mode called “Contractions”? Because each wave of enemies are spawned during one of Alma’s contractions. Remember, she’s pregnant because she’s a rapist. The environment shakes and you see a shock wave hit the stage with each contraction.

If that’s not enough, Alma actual appears on the map and will punish players that shoot at her or look her in the eyes. Alma’s punishments are random, but expect to either be slowed down, have vision distorted, be teleported somewhere far away from your team and more. 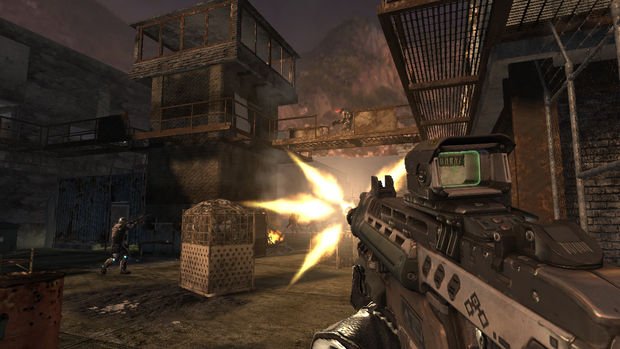 The maps featured in “Contraction” also get hit with fog that becomes thicker with each passing wave. Some reps from developer Day 1 Studios laughed at the idea of anyone being able to get past wave 10 that night. Not only do the enemies get harder, but you’ll also be barely able to see the enemies until it’s too late.

Last, and my favorite of the modes, is “Fucking Run!” Seriously, it’s called “Fucking Run!” Four players must run from checkpoint to checkpoint all while shooting enemies and trying to avoid Alma’s “Wall of Death,” which is a giant, all-consuming fog that will end the mode for everyone if even just one player gets hit.

Running from checkpoint to checkpoint sounds simple enough, but more enemies populate the path the further you go. Plus, the “Wall of Death” gains speed with each passing moment. It was honestly thrilling to run through the city streets with the fear of being consumed by Alma’s dangerous powers. 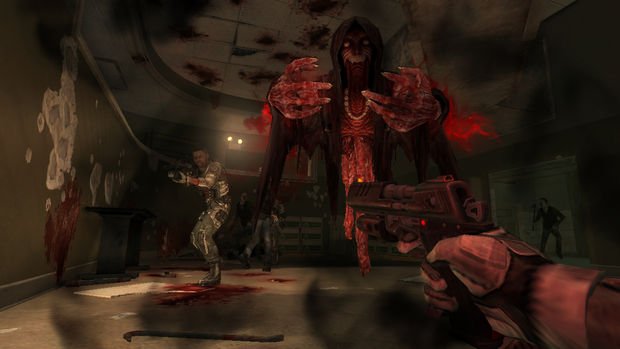 The map is pretty linear but you’ll find some areas where you can swap out for stronger weapons. The catch is that you’ll lose time going for these better weapons, thus allowing the doom cloud to get closer.

Each mode offers only two three maps each and are all up to four players. I asked if we’d see any competitive versus modes at all, but WB wasn’t talking. They didn’t outright deny my question so we may see something, hopefully.

Controls are pretty much your standard first-person shooter affair. The overall package is good, but it’s hard to judge if all the modes will be able to hold people’s attention after a few months. One final note as a first-person shooter lover: You can actually reload while you’re running. I don’t know about you, but I’ve always hated the fact you can’t reload and run in most FPS games.

Filed under... #Destructoid on assignment#Warner Bros