I’ve been playing preview code of Atlus’ upcoming DS RPG Etrian Odyssey III for a week or so now, but I haven’t made it very far into the game. I’ve played enough to give some early impressions, but maybe not enough for a full preview.

Atlus helped out yesterday with a showing of some of the later parts of the game. They also showed off some of the new additions to the third game in the EO franchise. I’ve pulled all of these and other notes together to give you an early preview of Etrian Odyssey III.

I’m a big fan of dungeon crawlers. I also like making maps. In the old days, I used to crawl dungeons in games like Sega’s Phantasy Star II, and I’d use graph paper to make my own maps of all the levels. I still have those maps. They’re yellowed and dog-eared, but I’d put them up against any strategy guide out there for the game.

Etrian Odyssey III does a lovely job of combining these two obsessions of mine. You’ll dungeon crawl and role play on the top screen, and draw out highly detailed maps on the bottom one. This may all sound crazy to a newcomer, but it’s fun and strangely addicting. Exploration is nothing new in RPGs, but charting your own course gives it a new depth.

You do all the work in EO3. This work starts early with party creation. There’s now 10 character classes in this game, with some of the being pretty unique. When you initially start creating your party of up to six characters, recruiting a farmer to fight alongside ninjas and buccaneers might not make sense at first, but you’ll appreciate the benefits later, especially when you start looking at what skills each of these classes possesses. For example, the Farmer has a skill called Earth’s Bounty. This skill increases experience if you manage to survive a battle. Another less serious one is called Horseplay, and it lets you shirk responsibility for an hour. 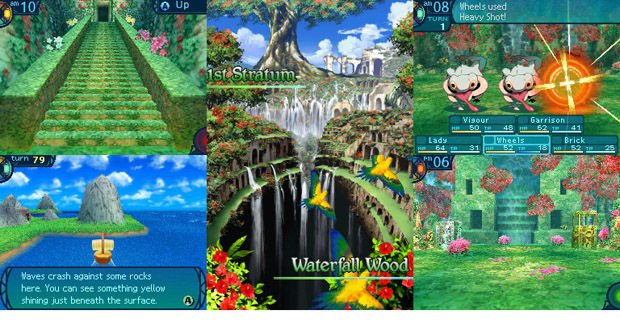 Each character starts out with three skill points to spend. How you spend these and other points you earn determines how your character progresses. You’re free to pump points into whatever you wish under your class, making each party member highly customizable.

This customization goes even further with the new Limit Skills. These are combat abilities that need to be mapped to one or more characters. A dual attack called Cross Slash requires the Limit Skill to be linked to two characters. Another, named Indomitable, will leave those equipped with one hit point instead of being killed completely.

We’re still not done with customization: When you get into the game, a subclass option will be unlocked. With this you’ll be able to add on the skills of a second class to an existing characters. Customization really opens up with this. I saw a high level Princess with her subclass set to Farmer, which gave her many of the nifty status buffs that the Farmer has. Take those 10 classes with a dozen unique skills and then add a subclass and see how insane increase of how you can customize party and characters.

Our session had us checking out a save file that was dozens of hours past where I am in my own game. It was here that we were able to set sail at Inver Port to get a look at the new naval side of the game. While you were always stuck in narrow dungeons in the first two games, EO3 puts you on the water, where the sun is shining and the waves are crashing. Here you can set sail in a sort of sea quest with up to four friends via local wireless, setting out to take on a boss together. You’ll pay for supplies that you take out to sea beforehand, keeping in mind that more supplies lets you explore the sea longer. 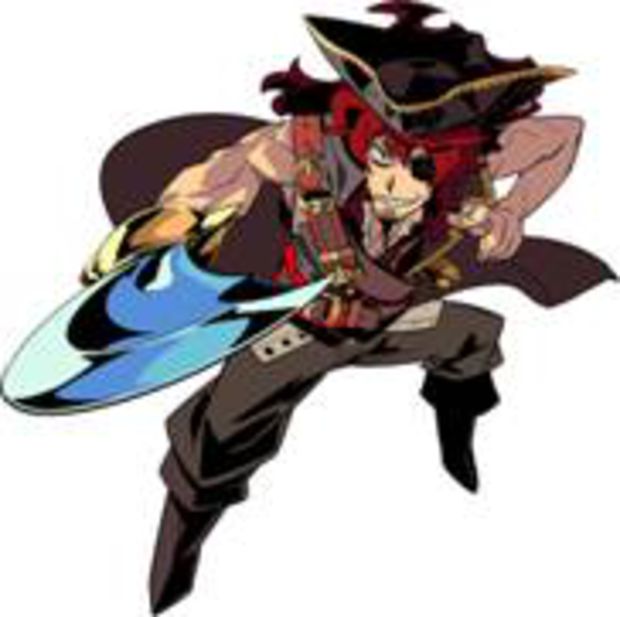 Etrian Odyssey III has a ton of little additions that series fans will appreciate. There’s new map tools to play with. One has you laying auto-path arrows on your maps as a sort of direct shortcut. All you need to do is line up and hit a play button, and your party will automatically blow through a dungeon level, hands free. Another smaller upgrade has the character limit increased. Expect to see bigger and better character and monster names in this third game. Oh, and FOE encounters now give experience!

Dungeon crawler fans know that this title is one they’re going to be able to dig into. From what I saw, it’s probably deeper than what they originally expected.  I know it was for me, and I came away from this session being even more excited to get further into Etrian Odyssey III. New classes, tons more customization and the ability to hit the high seas takes the appeal of this latest EO to a whole new level. I foresee a lot of series newcomers starting with this game.

I got a better peek at the pre-order bonus 60-page art book yesterday. It’s quite nice, and is packed with art from not only this game, but also the previous two. This is one you’ll want to make sure you get your order in for.

Etrian Odyssey III will be released on September 21st.