Escape Plan was announced for the PlayStation Vita at the Sony press conference at gamescom, but not much information was really divulged. Escape Plan is a puzzle game in which two rather odd-looking characters must try to escape from an elaborate prison filled with all kinds of dangerous and devious traps.

We were invited to come and find out more about the monochrome world that this game takes place in and it’s one to keep an eye on. 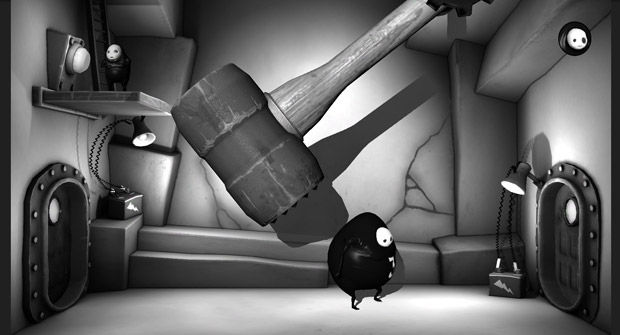 The two playable characters are a strange-looking couple. Lil is small and skinny whilst Laarge is massive and fat. Both of the characters have their entire bodies covered in a rubber suit with the exception of their pale white, ghost-like faces. On their chests is the number “0”, but every time they die that number will increase. The game will keep track of how many times the characters have died and we were promised that this number would be significant at some point in the game.

The story is a bit of a mystery, with the player offered no reason as to who Lil and Laarge are or why they are trapped in this elaborate prison. We were told that as the player progresses through the game, the answers to these questions should be revealed.

Interacting with the world is done entirely with the front and back touch screens. For example, back touching a contracted platform will cause it to extend forward and front touching will push it back. To move a character, you simply tap on them once and then flick which direction you want them to go. They won’t stop walking on their own, so you’ll need to keep an eye on them to make sure they don’t walk off a ledge or into a spinning fan. 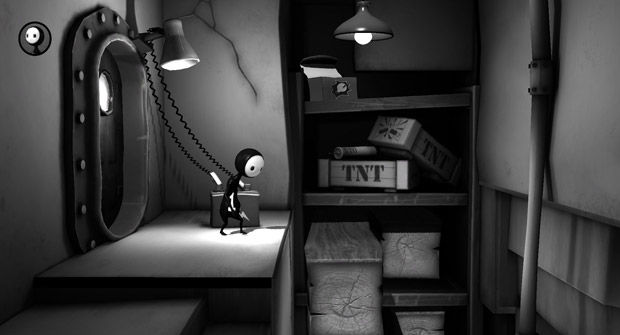 Lil and Laarge have unique abilities that must be used in order to safely traverse each room. Lil can inflate himself when he comes across helium pumps, causing him to float into the air like a balloon. He can be steered by tilting the PS Vita in the direction you want him to float. To deflate him, you “pinch” him by pressing the front touch screen and the back touch pad at the same time. This has the bonus effect of causing Lil to zoom forward whilst making a hilarious farting sound.

Laarge can use his considerable weight to smash obstacles. Tapping on him and then flicking down will cause Laarge to perform a “butt smash,” making him leap into the air and then land on his big behind with a mighty thud. He can use this to break through weak points in the floor and gain access to areas Lil cannot.

At first, the player will only have one of the two characters to guide safely to the exit, but as the game progresses, you will have to guide them both at the same time. An example of this was a puzzle that required Lil to raise Laarge up to the exit on a platform by pulling a lever, then floating up through a bunch of dangerous spinning gears to get there himself. 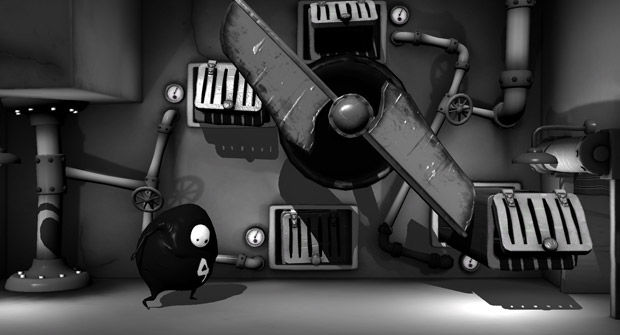 I honestly wasn’t really expecting to like Escape Plan as much as I did. The simple yet clever use of the touch screens combined with a game world filled with personality has caused this title to rocket up in my list of games to keep an eye on. I suggest you keep an eye out for this one too.