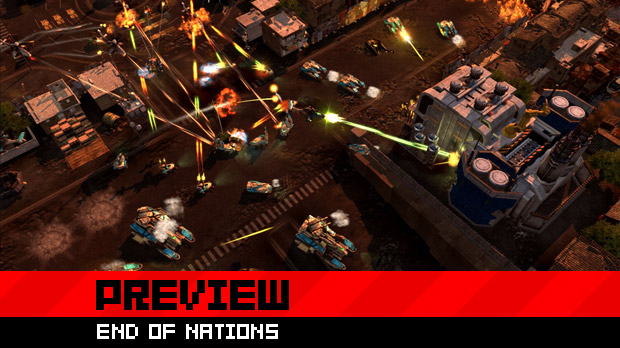 When I first saw End of Nations last year, I was one part intrigued, one part skeptical, and all together hoping that the promise of a massively multiplayer real-time strategy game would pan out.

Since then, we at Destructoid have seen End of Nations a number of times, and then some. This go around, there was nothing new shown per se, just a few additions to existing mechanics. But what was on display here continues to impress. 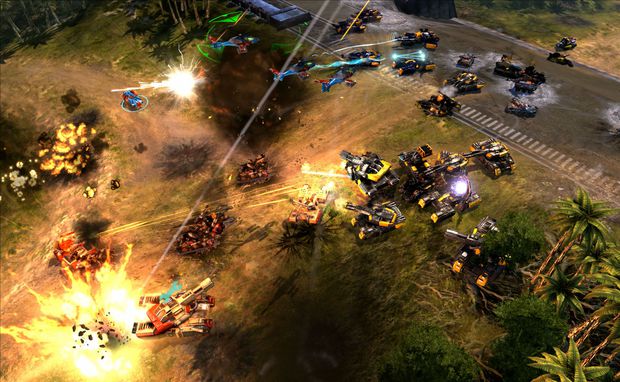 For the uninitiated, I’ll run through the basics. End of Nations is a free-to-play MMORTS from some of the minds behind the Command & Conquer series. Like any MMO, the world here is persistent with players picking factions before jumping into seasonal campaigns.

While a seasonal campaign was mostly hinted at when I saw the game last year, the system is pretty much fleshed out now. Basically, campaigns will be approximately month-long events where players will battle for control over the persistent world map. At the end of each season, the campaign will end and the maps will reset, with rewards and bonuses handed out to players on the winning faction. The seasonal campaigns also provides a more natural way to introduce new unit types, patches, and other forms of post-launch support. 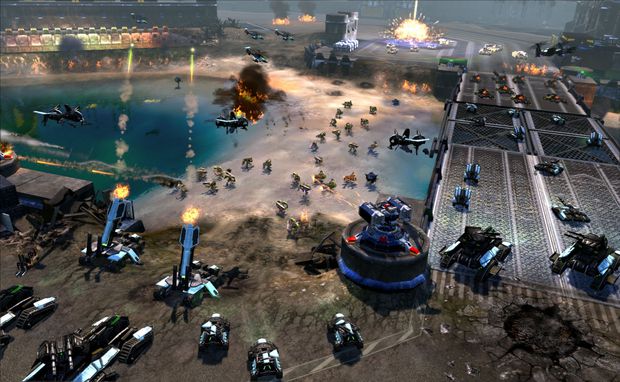 End of Nations plays around with established RTS conventions. The biggest change many of you have heard of by now is the absence of any sort of base building. All units that you bring into battle are determined by preset loadouts, called companies. An extra mechanic that Petroglyph has added to this feature is the ability to swap out entire companies mid-game.

We got to play around with this feature on Nations‘ smallest 1v1 map. Playing “Last Man Standing,” the objective was to simply survive the onslaught of AI-controlled enemies. With a middle barrier separating your units from directly combating your opponents’, the competitive element comes in when you manage to gather enough resources on your half of the map, and send small mercenary units to sabotage your opponent.

Being able to switch companies was particularly useful in this match, as my tank-heavy company was starting to fall apart against enemy air units. That being said, there are some countermeasures in place to prevent the system from being abused. For one, I lost my entire setup across the map, as my new company would only spawn at my starting landing pad. This wasn’t too great a sacrifice on the small map I was playing on, but it’s definitely a sacrifice worth considering when you’re playing on the larger maps. Also, there is a delay between when your previous company disappears and your new one spawns. 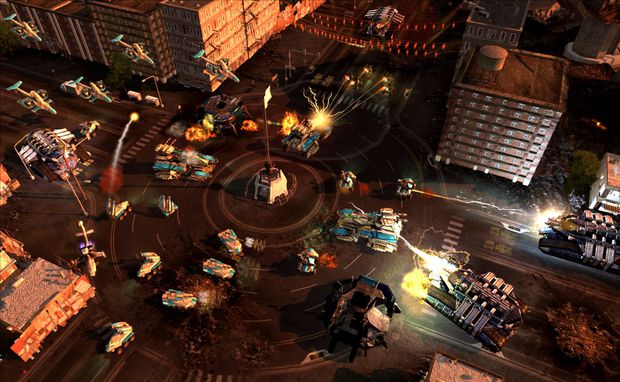 Other than that, we briefly played a 4v4 game of Domination, which plays similarly to other control-point game modes. There are three capture points on the map that award points for the amount of time you hold them, with the winner being declared when a team hits the score cap. Again, it plays how you would expect a game of Domination to play, but there are twists introduced with respect to the map design.

The map we tried, called Resource Hog, was a resource-littered map, except many could only be reached by specific unit types. This really plays into how you coordinate with your teammates. Do you want to have a dedicated resource gatherer, or split the duties? Or maybe you want to wing it and swap out your companies if you don’t have the right units to reach a certain area. In any case, you can’t let them fall into enemy hands, as resources are the precious currency that fuels your super weapons, such as napalm and the dreaded nuke.

It’s a great time for free-to-play games. Just at this past PAX Prime, you couldn’t walk for five minutes without seeing a bevy of impressive free-to-play titles. And as one of the few standouts of its subgenre, End of Nations is well poised to see its original promise pan out.

Filed under... #End of Nations#Trion Worlds