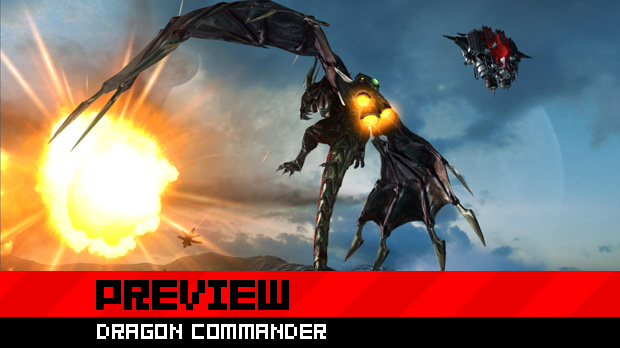 What do you do when you are done with Divinity II: Dragon Knight Saga and have a team full of ideas on how to turn the dragon gameplay into something deeper? After seeing it in action at gamescom, the answer appears to be that you turn it into a real-time strategy game, focused on aerial dragon combat, with role-playing elements.

Dragon Commander is a game that is pretty “out there,” but because Larian Studios self-publishes its games it can get away with creating a ridiculously cool title for those people who’ve been aching for more full 3D plane combat. Or just those people who like to play as a knight who is also a dragon that wears a jetpack. 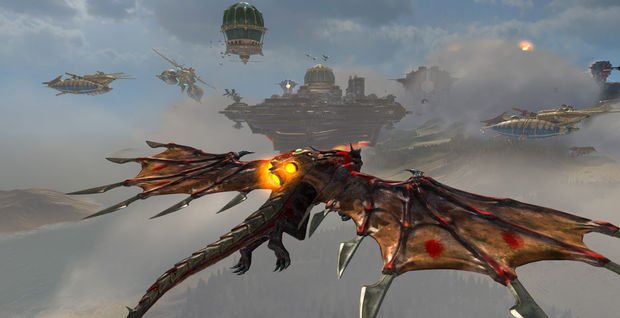 Dragon Commander is one part aerial RTS, one part RPG, and one part boardgame. The gamescom build was far from completion, but it already looked like the team at Larian was having a lot of fun messing around with different genres of play.

This princess wants to build an undead nation at a magical location that would allow her to regenerate and make sweet love to you, but there’s a problem. Dwarves are living on top of it and have claimed that land already. 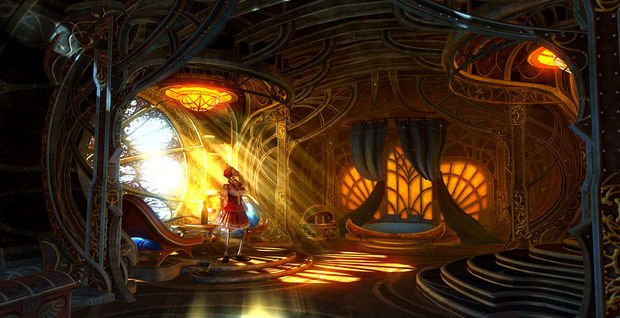 Depending on whether you choose to help the princess, who will give you increasingly better bonuses when you stick by her to fulfill her quests, or the dwarves, who will restrict possible upgrades if you decide to help the undead, it’s going to affect your playstyle. Do you want to keep your princess satisfied and gain access to undead units, or do you want better hardware?

With all the things you can do on the mothership, it acts somewhat like the base in StarCraft 2 and gives the player something else to do between battles than just manage armies. The choices you make between battles eventually affects the combat itself, where you fly around as a dragon in the third-person perspective.

Thanks to the ridiculous dragon jetpack, you can slow time to dodge out of the way or speed across 20 square kilometer maps. In the meantime, you blast everything with fireballs, use special items to nuke structures, or use a dragon roar to destroy minor enemies in an area around you. 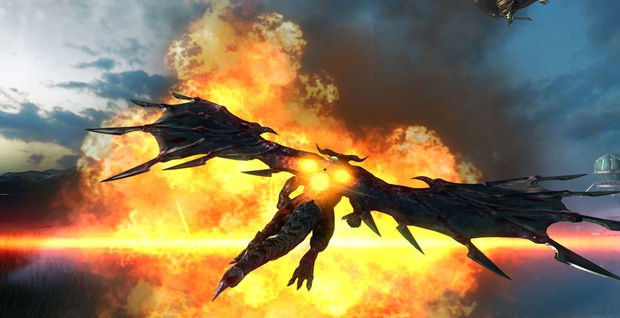 As a dragon it’s up to you to do a lot of the work, but you have a customized army at your disposal, as well as your mothership. Units can be formed into squads, led by generals you find or recruit, who can then be given orders during combat. It seemed easy enough to control, but if the idea of using a third-person perspective for tactical decisions doesn’t sound appealing to you, there is also a panned-out map that lets you control your squads.

Across the aerial battlefield you can see all the squads hovering in position, flying around, and swarming their way towards their respective enemy. In the battle that was shown, a series of large enemy platforms dotted with turrets was the key objective to destroy. Although you can just fly there and start destroying turrets, your chances are pretty slim if you head over there by yourself.

Between your troops and your objective are numerous mobile spawn buildings that periodically send out smaller enemies. Between these minions, your own minions, your squads and your dragon hero, there seems to be plenty of depth to allow for continuously fluid combat in the skies. Of course, there are different dragons to choose from, each with their strengths and weaknesses. 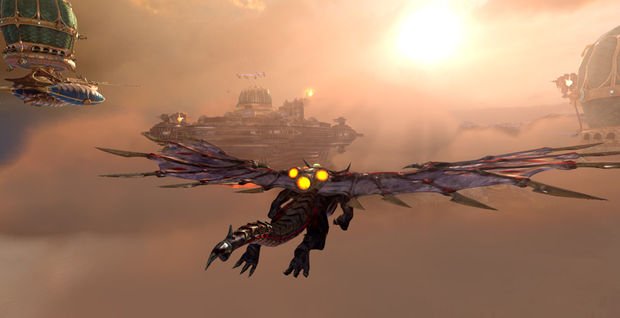 Besides your own dragon protagonist and its army there are other dragon commanders to use, as well as a variety of special units with their own purposes. Between the battles and your mothership management and adventuring, the strategic map shows the world with its provinces to conquer or manage. This gameplay element was playtested as a boardgame; so many people were having fun that it’s going to be a multiplayer mode for up to four players.

Dragon Commander takes a more hands-on action approach to the Homeworld formula, while adding RPG and long-term strategic elements to keep things interesting. While the game is still pretty early in development, the core mechanics seem solid enough to stand out in a crowded market — and seeing flying armies fight out their battles as you swoop around as a dragon with a jetpack is simply amazing.