With the launch of Dragon Age II just around the corner, the folks at BioWare have been extremely busy putting the final touches on the game. Fortunately, they made some time to come out to San Francisco this past week and show us what they have been up to over the last few months. During the “Rise to Power” event, DA2 was playable on every platform and at various points throughout the game.

I was able to sit down down with both the 360 and PC versions and had the opportunity to play around with both the Warrior and Rogue classes through my own personal rise to power. The event was organized quite literally in a vertical fashion. At each stage,  I was introduced to something new in the game and placed in some rough situations that the hero must overcome to continue the journey.

The event started off in the basement, where I was able to create a character and play through the escape from Lothering. As I moved up, I was presented with a variety of pre-leveled characters and placed further along in the game. I was introduced to a fun  side-quest and the unique traveling companion you can receive for completing it. After familiarizing myself with the combat mechanics, I finally got to head up to check out one of the many awesome boss fights in DA2. 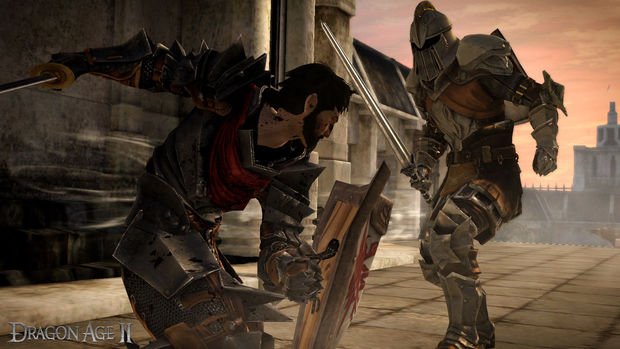 As a fan of Dragon Age: Origins, I immediately noticed the immense visual improvement that BioWare has made in Dragon Age II. I can confidently say that both console versions look and run extremely well, while the PC version (if you have the hardware) reigns supreme. This should come as good news to many, as many players felt that the console versions of DA:O were not quite up to par visually.

DA2‘s new art style really helps demonstrate the visual improvements that have been made to the engine. While the overall look doesn’t deviate too far from DA:O — we are still in Ferelden, after all — it has been tweaked enough to give the game a more unique and interesting style. It is obvious that the art team has put in quite a bit of effort addressing some of the complaints about the “generic fantasy” direction of DA:O. This time around, players should be able to look at a screenshot and instantly recognize the game as Dragon Age II. 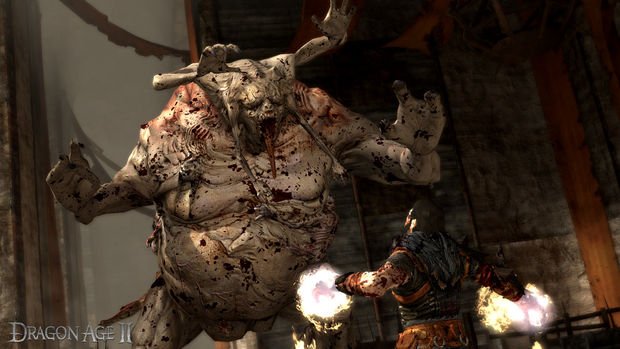 The story and narrative have been tightened up quite a bit as well: no longer are you simply a random hero placed in the middle of cataclysmic events. This time around, you play as Hawke. Similarly to the way BioWare has shaped the universe of Mass Effect around Shepard, characters you meet throughout the story will now refer to you as a specific individual. Of course, you still have the option of deciding your gender, appearance, and class, but your story is no longer just a series of quests and gameplay events.

The tale of Hawke is told through a framed narrative: imagine a bard off in a tavern somewhere, recounting the adventures of the legendary Hawke. You will be playing through events as they are being told. There will be moments where the story can be greatly exaggerated, which has a noticeable effect on gameplay. The storyteller may even get called out for the ridiculousness of his tale, bringing the legend of Hawke back down to earth and showing off a more gritty or realistic side of things. 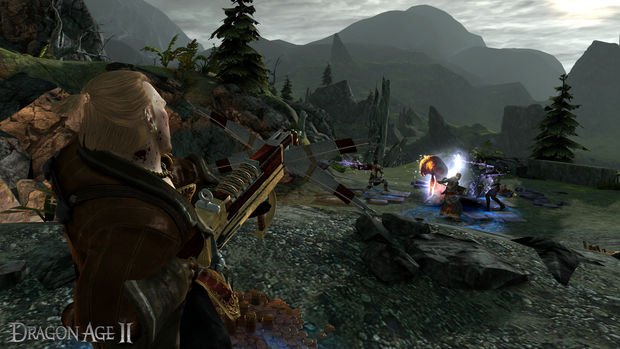 No longer will you simply be limited to predetermined dialog options to advance the story along, either. Dragon Age II has adopted a Mass Effect-style dialog wheel, allowing you to choose your response as more of an emotional decision rather than a string of text. Of course, you can still skip through or interrupt dialog at any point as well, giving conversations a more fluid and realistic feel.

If you want to be the tough guy just for the sake of it, go ahead and choose the angry face every time. The story and dialog is designed to elicit an emotional response from you. Chances are, you will find yourself responding appropriately based on how you feel in any given situation. In my opinion, BioWare has done a fantastic job giving the story and characters a considerable amount of depth and life. Having only played the PC version of DA:O, I never had the opportunity to experience the interface and controls of the console versions. I can say, however, that the experience of playing DA2 on a controller was far more fluid and intuitive than I initially expected. I was pleasantly surprised how easy it was to pick up the controller and begin playing. 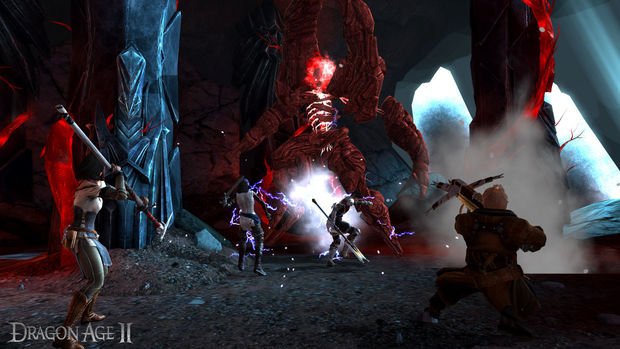 Within minutes, I was navigating the menus, setting up my party tactics, and leaping into battle. Executing commands in combat, popping potions, and switching between characters on the fly was all extremely easy. I did not find myself getting frustrated in the slightest or blaming the controls for my untimely demise; everything is quite literally at your fingertips.

While the basic controls on the PC version remain pretty much the same, the interface has definitely been improved over DA:O. Not only does it look better, but it is also significantly more responsive and simple to navigate. Tasks such as assigning tactics, skill points, and hot keys no longer feel like an exercise in tedium.

Of course, with all of the changes to the controls and interface, many improvements have been made to the way combat is navigated as well. It is immensely more satisfying than in DA:O. BioWare’s design philosophy appears to be, “Push a button, something awesome happens,” and that is reflected quite well in DA2. Combat is more akin to what you might experience in an action-RPG now; there is no more awkward shuffling while characters try to get in place to engage in combat. The player can run in, chain combos with their primary attack and use various powers and abilities as they see fit. It is more fluid, intuitive, and dare I say more satisfying than in the original. 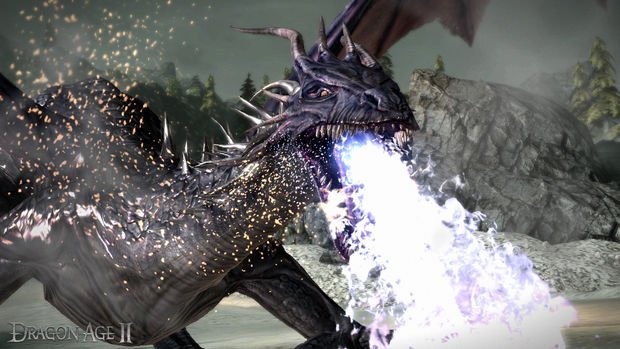 If you enjoyed playing Dragon Age in a more tactical and methodical fashion, have no fear; BioWare has not done away with any of the strategic elements of combat. I was still able to pause and assign orders or queue up abilities as I saw fit. In fact, this will still be required for some of the more difficult fights, especially on the higher difficulty settings. BioWare has not converted DA2 into a full-blown action-RPG; they’ve simply made it considerably more fun to pick up and play. I still enjoyed the PC version the most, as the controls and combat felt like a well executed hybrid of modern MMO and old-school RPG.

Dragon Age II is a huge improvement over Dragon Age: Origins in almost every way. As a fan of the first game, I definitely had my fair share of gripes and complaints. I feel like BioWare has really done a fantastic job of listening to the fans and addressing many of the issues that players might have had with the first game. I think it is safe to say that we can expect another hit out of BioWare this March with Dragon Age II.