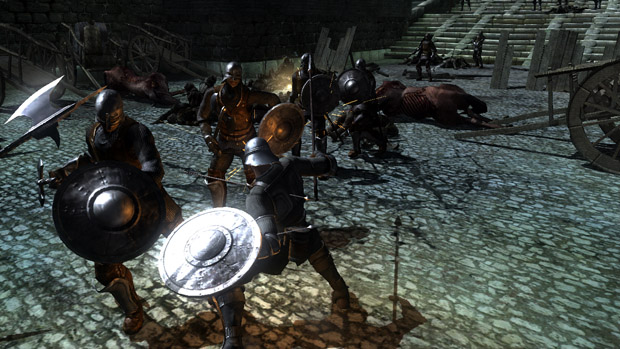 Atlus is busy preparing some RPG lovin’ for the PS3 with Demon’s Souls. This open-ended online dungeon-y role-playing thing is beauty is being dangled before our eyes, teasing us for the October 6th release date. We’ve wanted to know a bit more about the gameplay’s finer points for some time now, and now Atlus revealed a bit more about the World and Character Tendency systems to us in an online press showing.

Think of Tendency as a kind you character’s karma or morality. You know how other games have a kind of reputation system? It’s like that — you’ll see the game’s world change depending on your choices and affiliations during gameplay.

So what’s it going to be? Are you going to be a bad-ass? Or a nice guy?

Your Tendency will lighten or darken depending on how you play your game. Of course, you’ll begin at a neutral state, but your Character and World tendencies will change with each choice you make.

World Tendency: If you want to go all dark, invade others’ games and kill the players. Be a dick to NPCs. Don’t help others. Sure, you’ll get that thrill of being the baddest around, but you should know that the game will react accordingly. As tendencies shift, so do the powers and even the hit points of enemies. The strength of weapons can become stronger or weaker. Do onto others, mom always said. It’s fun to be the bad guy, but prepare to pay the price if you go that route. From what we understand, being mean is making trouble for yourself. Enemies will be harder, but you might get more rewards in the way of experience. 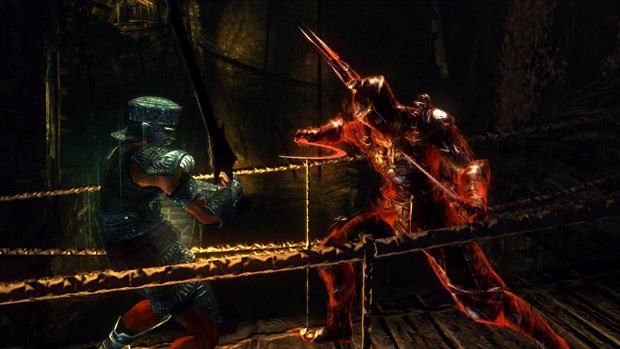 My money’s on red guy

If you’re looking to lighten your tendency, help other players in online cooperative play. Leave helpful messages. Be nice to the NPCs. Wear that halo.

What’s interesting is that the game changes based on your tendency. As we said before, individual enemies, items, and weapons change strengths, but even locations can change. For example, there may be areas where only someone of a darker tendency can access. Even interactions with in-game characters will change depending on your tendency rating. If you’re really wanting to dig deep into Demon’s Souls and fully explore all that the game has to offer, you’ll need to be mindful of your Tendencies.

Be on the lookout for our preview of Demon’s Souls very soon.