Last week, I had the opportunity to visit Sony Online Entertainment’s studios in Austin and see the work they’ve been doing on DC Universe Online. During my time there, I was given the opportunity to play four solid hours of an internal beta starting from character creation.

I’ll be talking more about the experience of playing the first few hours of the game in another preview. Since this is the first chance we’ve had to get a good look at the options for building heroes and villains in the game, I thought it best to chronicle the creation of my own mighty villain.

Armed with the expectation that I would have to make a character of some kind at this event, I started fleshing out some ideas in my head. I could have simply selected one of the quick-create configurations and tinkered until I had something suitably weird but I enjoy the exercise of dreaming up characters. It seems silly to say it, but the concept I had going in was of a chubby kid with a sunny disposition whose good nature and telekinetic abilities would always seem him through the day. 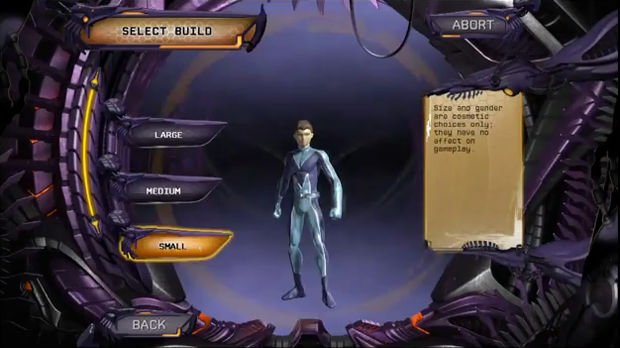 See, the silly thing was thinking that I could make the character chubby. While heroes and villains come in a few sizes, with three different levels to choose from, they’re all in shape. This should not have mattered to me — it certainly has no bearing on the game — but it instantly changed my character concept. If he couldn’t be fat, by God, he’d be villainous. I must be mad.

I selected the runtiest model available and moved on to choose my mentor. These are iconic DC characters who set the tone for your progression through the game and represent your character’s aspirations. Since I had made the decision to follow the path of evil, Batman, Superman and Wonder Woman were not options. I could choose from Joker, Lex Luthor and Circe. Now, I don’t truck with witchcraft and I wouldn’t follow Joker anywhere but Luthor has style. This was a no-brainer and meant that I would begin my adventures in Metropolis.

Next we have power selection. There are six different types of powers available in DC Universe Online, but don’t let that fool you into thinking the options are small in number. Each of the six sets of powers — Fire, Ice, Gadgets, Mental, Nature and Sorcery — has two different development trees within them. Each of those trees has more than a dozen powers and buffs to build up, allowing for a considerable variety of character loadouts. While I couldn’t make him tubby, I still wanted my villain to be telekinetic and selected the Mental powers. 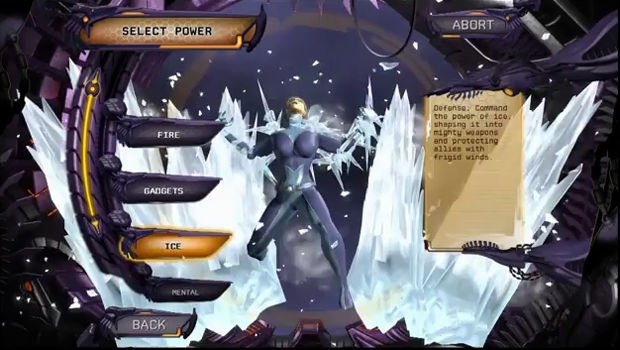 Powers in mind, so to speak, it was time to consider how else my character would be mixing it up with his enemies. DC Universe Online is a very action-oriented game and every character comes prepared to fight with more than just super-abilities. There are ten combat options available and include unarmed combat styles, melee and ranged weapons. Regardless of what you choose all have short and long-range capability and have development trees of their own which open up new combos and attacks as you progress. Keeping with my theme of mental abilities and appreciating the exotic nature, I decided to equip my villain with energy blasts from his hands.

The choice which followed was movement. This determines, obviously, how your character will move within the world. Metropolis and Gotham are both huge environments that would take forever to traverse without superpowers. So, every character will have the power of flight, acrobatics or super-speed to help them get around. These powers level up as well, making great distances even easier to traverse. I could not see my villain being willing to dirty his feet with the soil of the common man, so flight was the only way to go.

Then it was time to figure out the aesthetics of my villain, starting with the skins. There are a bunch of different animal designs which I can’t say looked all that appealing. On the other hand, the robot skin looks a lot like Michael Jackson’s robot form in Moonwalker, which is awesome. There are a ton of these to choose from and all can have their colors adjusted, so people should have no trouble finding one they like if they want something a little less human. I did not, so I moved on after scanning through the options. 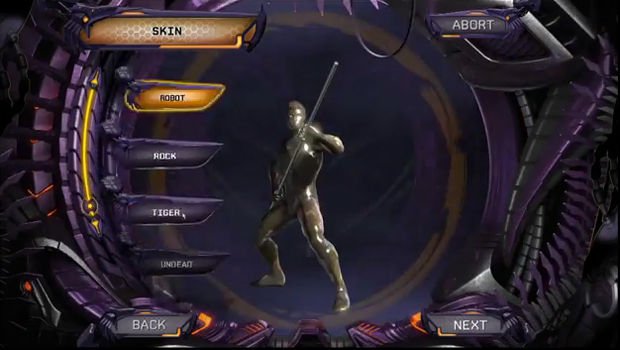 There are also a bunch of different faces and hairstyles to choose from. The hair in particular had a lot of options to choose from with everything from afros to crew cuts represented. The face variety is less impressive but I also can’t imagine folks spending a lot of time examining each other’s facial features when everyone is wearing an ostentatious costume. I gave bad guy a side part which made him look a little bit like a kid and called it a day.

My work with the character creator at its end, my future lord of villainy was ready to take his first steps toward global domination. The only thing left was to think of a name. It would have to be something dignified and strong, a name which would inspire compatriots with admiration and enemies with terror.

And so it was, on that day, that the great and powerful villain Steve came to conquer.

[Look for more of the adventures of Steve tomorrow in our hands-on preview!]