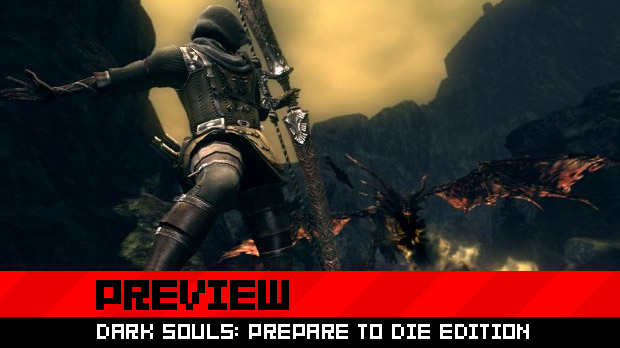 Praise The Sun! After the Internet’s impromptu petition to get Dark Souls released onto the PC, Namco Bandai and From Software have done right by the community, and even took things a few steps further. Now, PC gamers will prepare to die as From Software’s brutal action-RPG makes its debut on the new platform.

Dark Souls: Prepare to Die Edition will attract new blood and players looking for punishing and challenging gameplay. Even more exciting is the fact that PC gamers will get a first shot at the brand new downloadable content, Artorias of the Abyss, which comes packed with the game.

For the uninitiated, Dark Souls is an open-world action-RPG set in the world of Lordran, where death is only a mere obstacle on the path to victory. The reputation that From Software’s title has is well earned. The game revels in offering a harsh, but fair challenge to players. Death is literally used as a method to help players learn the ropes and overcome powerful foes and deadly dungeons. This quasi take on the classic trial-and-error gameplay has earned the Dark Souls a dedicated and hardcore following. And now, PC players will finally get a shot at the series. 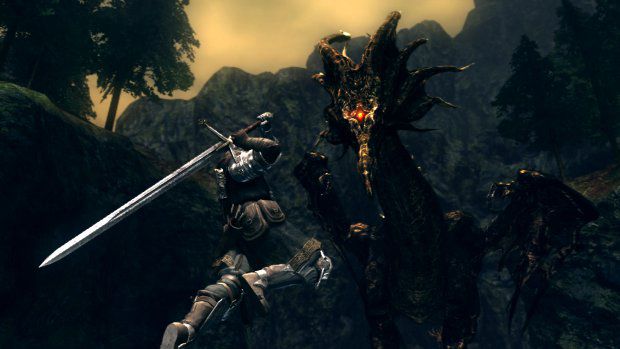 Considering the anticipation for the PC version, it’s important to talk about the specifics of its release. It’s a given that there are many PC players expecting a number of graphical options and tweaks to adjust and customize, which is fair. Unfortunately, the Prepare to Die edition keeps things pretty limited. As painful as this is for PC gamers to hear, this particular release will be a near direct port of the console version and will be capped at 30 frames-per-second. Moreover, the customization options for the game are limited to display resolution and frequency, anti-aliasing, and motion blur.

From Software’s reasoning behind this is because they wished to offer an equal experience to its console counterpart, in terms of visual fidelity and gameplay. Of course, this won’t do much to quell any disappointment with the lack of customizations. I know this is going to upset a number of players looking to get their hands on it, but take heart; the PC release still holds up remarkably well, despite not taking too much advantage of the new platform. The game’s performance is much better than the console releases, with little to no technical hiccups. Also, the Prepare to Die edition will support both gamepad and keyboard/mouse play styles, which can be customized to your liking. 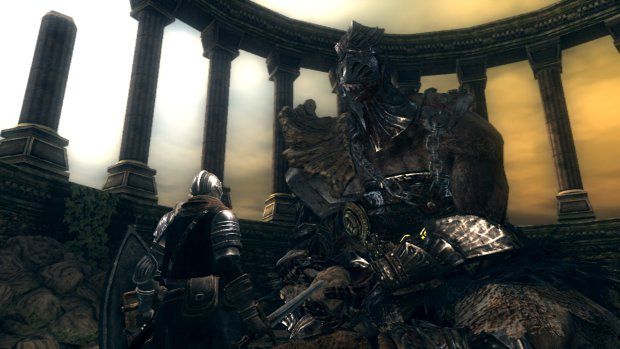 Our preview began at a bonfire in the Sanctuary Garden, one of the new areas added to Dark Souls in the Artorias of the Abyss DLC. Players will travel back in time into Lordran’s past and uncover mysteries of the kingdom they inhabit. During this quest, players will encounter brand new enemies, collect new armor and weapons, and face off against some menacing new bosses. Towards the end of the Sanctuary Garden, we encountered one of the new stage bosses, the Sanctuary Guardian. A giant white chimera with a penchant for lighting attacks, the Sanctuary Guardian proved to a be tough adversary. After several deaths, and beating my head against the table in frustration, the chimera was eventually defeated — and I got a hefty amount of souls, the game’s currency, for my efforts.

Pressing on to the next area, we encounter one of the new NPCs named Elizabeth, a sentient fungi who offers you to enter a covenant with her. Just as in the original game, players can choose to side with an NPC, ignore them, and even kill them out right to loot them. In any case, we venture forth towards the Royal Wood. This forest area is very reminiscent of the Darkroot Garden, expect for the fact that it’s much larger and far more dense. Not to mention, the area is littered with brand new enemies such as the wooden scarecrows and a new variant of the stone knights. 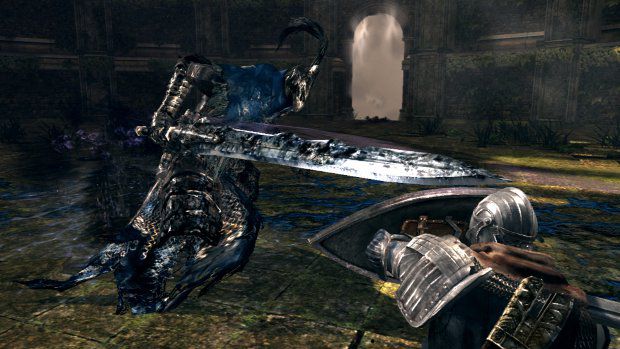 After avoiding much of the waves of enemies, and taking out monsters when necessary, we approach a seemingly abandoned ruins and we’re treated to a cutscene with a rather odd-looking monster. As it approaches in preparation for a fight, out of nowhere a large knight dispatches the monster in a single blow and readies for battle. After being referenced several times throughout the original game, fans will finally will be able to go toe-to-toe with the infamous knight Artorias — and he definitely lives up to his legacy.

The fight with the dark knight was by far one of the most intimidating fights I’ve encountered in Dark Souls. Despite his large size and use of only one arm, he’s extremely quick and has an arsenal of vicious attacks that’ll take players out in 1-2 hits. As you can probably guess, I died and struggled against him numerous times. After several attempts, our time with Dark Souls came to an end. 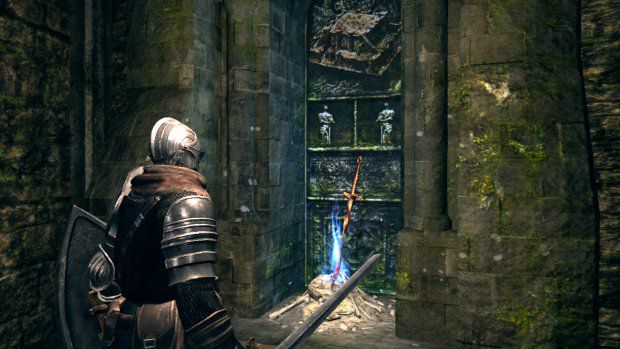 While it wasn’t there being demonstrated, another new feature added was the inclusion of PvP matchmaking. Dubbed the Battle of Stoicism, players looking for a break from dungeon crawling will be able to enter a brand new dedicated battle arena and test themselves against other players online. Matche types range from one-on-one, two-against-two, and four-player deathmatchs. Upon entering the arena, players can activate a marker and set up the matchmaking process. The inclusion of a dedicated PvP matchmaking system should be a welcome relief for returning fans who had to perform rather unorthodox methods to have an organized PvP match.

Dark Souls: Prepare to Die Edition is a well-intentioned release for the PC crowd. While the specifics of the customization options will now doubt deal a blow to PC gamers, the game itself is still very much deserving of a chance. Especially for new players looking to break themselves into the series. Now is a good time as any to jump in. Dark Souls: Prepare to Die Edition will be available for the PC on Steam and the Games for Windows Live Marketplace on August 24th. Console players anticipating the Artorias of the Abyss DLC should expect it sometime this winter.