The same can be applied to games. Sometimes I want to shoot people online, or grief 12-year-olds on PlayStation Home, or gank phat lootz in an MMO. It’s a conflicting trifecta, I know. Could there somehow be a mash-up of these three different games?

Enter CrimeCraft, a new massive multiplayer online game coming out from New Jersey-based, Eastern European developer, Vogster. Combining third-person shooting with MMORPG elements of games like World of Warcraft, the aesthetic of Saint’s Row, and a sprinkling of Home (believe me, it’s there), CrimeCraft is certainly a risky, but cool sounding game.

Hit the jump for impressions. 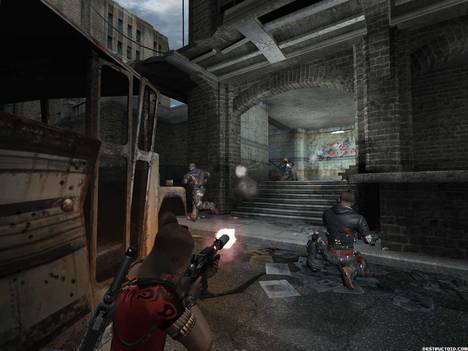 There are two parts to playing CrimeCraft. First, there is the lobby area of the game, and second is the actual third-person shooter. These two elements join to form a genre that Vogster calls Persistent-World Next-gen Shooter (PWNS), and although they don’t crossover in a manner like World of Warcraft, they are intricately tied together.

Before starting off, gamers will create their own character. It is pretty standard for create-a-character, and the clothing options are initially pretty limited. However, that changes as you play, and high-level players will be rewarded with more options as they progress.

Then there are the three lobby areas, each with its own unique urban aesthetic, will be able to hold 500 people at any given time. The two areas I saw — a Times Square-like glitzy downtown, and an residential/business district based on San Francisco — were large and clean.

Of course, I didn’t see these areas with all 500 people, but I was told that even with 100 people, these lobbies would be bustling with non-player characters and live players hanging out before the battles, which the game calls “Instances”.

One of the most important areas in the lobbies are the shops. Here is where you will buy weapon and armor, ammunition for the guns, consumables like an item that will temporarily grant you double XP, clothing, and more. The clothes are pretty neat, designed specifically for the game by New York fashion designers, and based off of real world brands.

Many of the clothes I saw were pretty standard, but non-traditional outfits and accessories are available. Vogster says they want to have fun with the game, versus the serious route. Also, special, one-time items can be gained during seasonal and special events that are being planned. 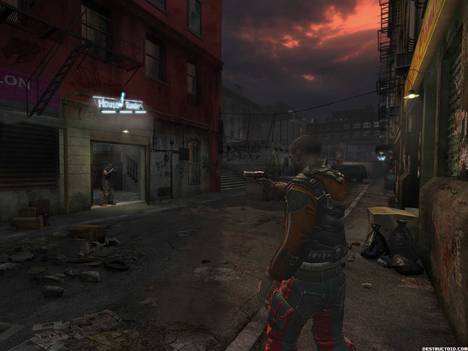 Other places in the lobby areas include crafting areas where new weapons and items can be made, auction halls to sell unwanted gear and, should you become involved in a “gang” (which is CrimeCraft’s version of a clan), there will be group hideouts. There members can come together and talking strategy in perparation for upcoming Instances and events. Gang members can even work together to buy items for their hideout, like stripper poles or crafting tables.

It’s really interesting, but I think the best way to describe the lobby portion of CrimeCraft is that it is Home, but with a specific purpose. Instead of aimlessly wandering around and buying clothes that have no meaning, the lobby area of CrimeCraft is interesting, giving players plenty of options for things to do in prep for actual gameplay.

Hell, by the looks of things, if you just want to screw around in the lobby like some expensive Second Life or Home, CrimeCraft is cool for that too. These lobby instances will contain in-game, real-life ads like Home. But should a gang make a tournament, the game will post advertisements announcing these results.

Also launching with the game is a social networking site specially built for the game. Here, people can interact outside of the game, discuss gang tactics and events. This should be pretty helpful for becoming involved in CrimeCraft, as it should bring people together and limit the number of people trying to solo the game.

The actual Instances, however, play much like any other third-person shooter. Which is a good thing, considering that Vogster’s goal was to make a good third-person shooter before they make an MMO. I was shown two modes — one was a Player versus Player, three-on-three, gang-versus-gang deathmatch. This took place in an industrial site. As far as PvP is concerned, there can be a total of 16 players, which is a explicit decision on Vogster’s part. 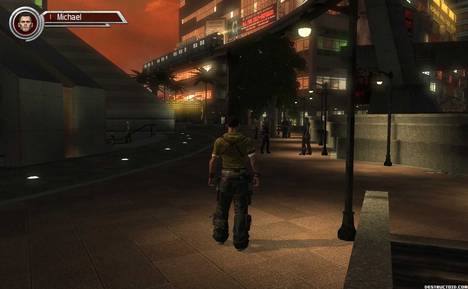 The second mode I saw, a PvE, was a defense mode in a construction site. Here, players worked together to protect an object from wave after wave of bots. This mode is great, as it allows players to shoot lot’s of screaming fools as well as collecting loads of loot. It’s rather fast and hectic. It’s so fast and hectic that Vogster removed the cover system they had placed in the game; it was just too slow. In both areas, the sizes were just right, and eight more areas are planned for the game’s Q2 launch.

As gamers play, they will be pulling loot from their downed opponents. Like any MMO, this can be anything from armor to guns to crafting material. Rare materials and weapons will also be found this way, so there is certainly an initiative to collect the best stuff. Especially when the best stuff includes diamond-encrusted guns.

Vogster had originally announced CrimeCraft as a free to play game, while offering gamers the option to purchase weapons and items. Vogster is currently reevaluating this plan, and has decided to take out the option of players spending real-world money on in-game weapons that could create an unfair advantage. However, players can spend money for aesthetic changes, such as a gold plated pistol, for example, as well as consumable boost items, such as a double XP item. Ultimately, Vogster has not decided on a pay-to-play plan, a free-to-play plan, or a combination of the two. 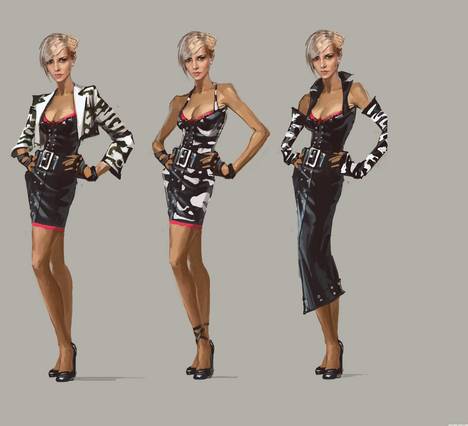 Visually, CrimeCraft looks great, and not just for an MMO. Utilizing the Unreal 3 Engine means this game looks really fantastic in action. Even small details, such as shadows from individual leaves on the trees combine to make a beautiful looking game. Unfortunately, I have concerns that the Unreal barrier might limit the number of people who are going to be able to play this game.

I know this is going to sound silly, but the fact that the lobbies feel like Home is actually pretty neat. I also loved how Vogster is open to having fun with the character creation. Nothing grinds my gears like a group of people who take themselves too seriously.

Unfortunately, there are some details that concern me. First, in Vogster’s attempt to combine the best of MMOs and third-person shooters, they could alienate both groups of gamers. Also, since this is an MMO, modding is out of the game entirely. That’s a drag, especially for an Unreal 3 Engine game. Also, the minimum specification entry point is a pretty high for gamers used to easily loading up a game like World of Warcraft. Ultimately, if Vogster makes the MMO elements and the third-person shooter elements, things should work out ok.

CrimeCraft is developed and published by Vogster and will launch Q2 2009.