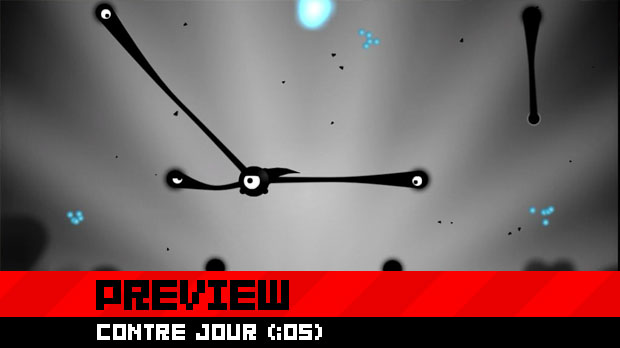 After making a splash at E3, what was once a fairly unknown indie iOS title attracted a ton of attention from press and gamers alike. Nominated for several handheld awards, Contre Jour is steadily approaching release.

Once I got the chance to play it at EA’s Summer Games Showcase, I can honestly say that there is something quite special about this little indie game.

Developed by Mokus, consisting of only one member (Maksym Hryniv), Contre Jour is described as a “hauntingly beautiful” puzzle platformer. Using physics to manipulate the environment and other creatures, you must navigate across 60 different stages, spread across three vastly different worlds, while facing many twisted challenges and deceptive puzzles along the way.

Controls are entirely touch based, and even more interesting, you have absolutely no control over your character. When manipulating your surroundings to move your character, you’ll have to let physics and gravity do the rest. The goal of each stage is to acquire blue essence, and make it to a blue portal that awaits in a clever, and sometimes devious spot. At first it may seem like a gimmick, but after a few stages you’ll begin to understand the true nature of the game. It’s not about controlling your character to make him do what you want, but taking advantage of your environment to make your character reach the end of the stage. 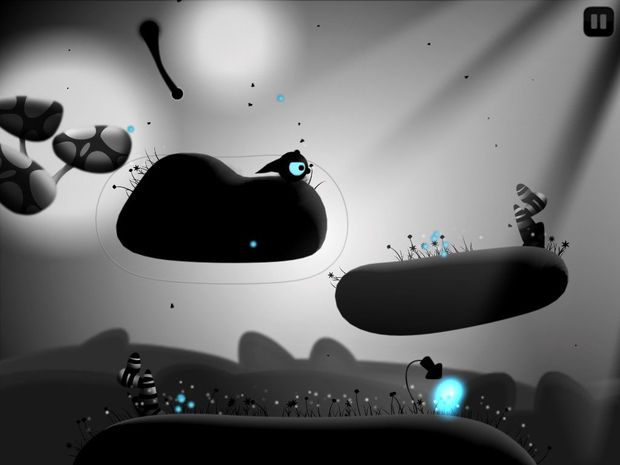 There are several ways to manipulate the environments. Initially, you’ll start with creating hills and ditches on the ground beneath your character. This is done to create movement when your eyeball character is stuck on flat surface. Eventually, tentacles are introduced which can latch onto the eyeball character and function as a swing. Latching two tentacles can act as a bridge and help him get across large gaps. With the tentacles, momentum is key and letting go of them at the right time will fling your character great distances.

While you may think this game look like a cross between Limbo and World of Goo on the surface, the calm and soothing atmosphere of Contre Jour, and it’s use of contrasting colors is something that’s unique and distinctive. With music created by composer David Ari Leon, the music creates a setting that lives up to it’s “hauntingly beautiful” description. 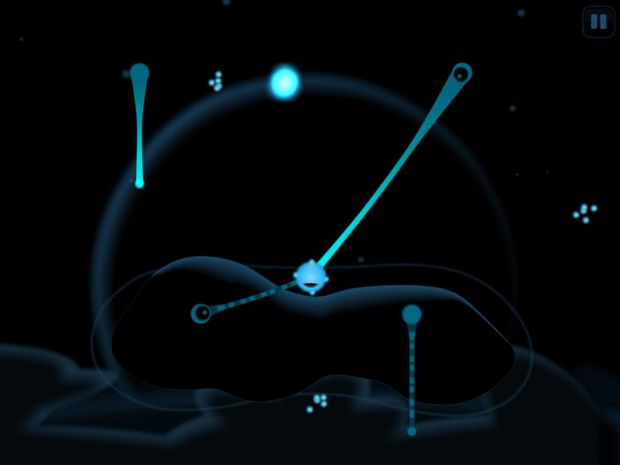 An interesting aspect of the game is inclusion of multiple worlds. Not only is do these new worlds change up the atmosphere, but also adds in some new gameplay twists. The second world, known as “Night”, introduces a neon blue, tron-like aesthetic that introduces the geysers that propels your character to great heights. The third world, known as “Machine”, returns to the black and white look of the original world, but brings in deceptively ruthless puzzles that will test will your reflexes, and also your patience.

This little indie title made quite an impression on me. I was impressed by it’s colors and the intuitiveness of it’s touch control scheme. Releasing towards the end of August on iOS, Contre Jour looks to be a nice little surprise towards summer’s end.