I think that we can all agree that games set in World War II are pretty much dead. Medal of Honor started it, Call of Duty treaded in and eventually killed it, and Brothers in Arms is taking a page from the Quentin Tarantino style guide to make WWII relevant again.

Developer City Interactive is staying in WWII though with Combat Wings: The Great Battles of WWII, an aerial combat game that takes you through many of the second Great War’s aerial campaigns. Hopefully, a view from thousands of feet up will give fresh perspective to these well threaded battlefields. 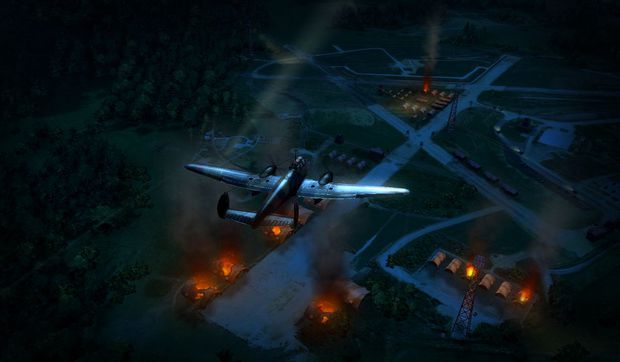 In Combat Wings, you play as Allied forces from four different campaign perspectives: American, British, Russian, and Australian. Each campaign narrative is self-contained, similar to pre-Modern Warfare
Call of Duty games. You won’t be able to play as the Axis powers, but you will be able to fly Axis planes since certain mission have you commandeering them. Overall there will be fifty planes from a good variety of countries including Poland, France, Romania, and the main Axis and Allied countries. The better planes in the game are unlocked by completing secondary mission objectives, which you can take back into previously completed missions.

Since this is a flight game, nailing smooth controls is particularly important. City Interactive is taking this opportunity to integrate PlayStation Move support to offer a more natural way to control the game. When using Move, the navigation controller controls your throttle and you use the wand to steer the plane.

The mission that was being demoed with the PS Move had us doing a variety of things from dogfights to bombing runs, and it all seemed a little janky at first. Using the wand to steer the plane, I always found myself overshooting ground targets and never able to keep a steady beat on enemy planes. I should add though that when of the guys from City Interactive played he didn’t have as much trouble as I did. Once I got my hands on an Xbox 360 controller though, the controls felt infinitely better.

The second mission we played was a straight forward aerial dog fight taking place in the Pacific theater. In this mission, City showed Combat Wings’s flight assist mechanic, Ace Mode. One of City Interactive’s big push for this game is to show the intimate nature of air combat in WWII. Without the luxuries of modern drones and the like, pilots had to get really close to targets to take them out. Close enough even that you could see the other pilots face in the cockpit.

Ace Mode is City’s way of conveying this type of intensity. By holding down the left trigger, Ace Mode steers you fast and hard towards your nearest primary objective. It’s a great idea and tool but I found myself using it more as a crutch. Since your usage of Ace mode is governed by a regenerating meter, I found myself spamming the hell out of it as it was the quickest method to finish objectives. 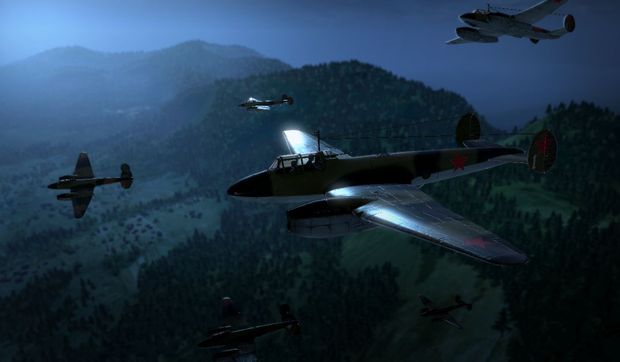 Ace Mode will even auto-correct your trajectory when you are dangerously close to crashing. For example, when I was shooting at ground targets I would just fly straight down firing off all my rockets and machine guns like a madman. Once the target was destroyed I would just hold down the left trigger and Ace Mode would pull me back up.

You can’t expect to spam Ace Mode all the time though. The next mission we played was a nighttime bombing run set in the Russian warfront. Midway through, you have to land your plane in the middle of the woods to pick up some ordinance. When playing the landing sequence Ace Mode is completely disabled, which makes sense.

Now that’s the single-player portion of the game. As for multiplayer, Combat Wings may or may not have multiplayer in the final cut since time is against them. Speaking with the games developer one-on-one, I learned that they are looking at a number of options regarding the multiplayer component. One option is of course to delay the game, but that is unlikely as they seem dead-set on making their November 2011 release date. Another option is of course to not have it at all, and from what I could tell that is certainly a viable option though development is still continuing on the multiplayer mode. The final option discussed is to release the game as scheduled and the multiplayer as an add on later on down the line.

Whatever the final decision, Combat Wings will not be totally devoid of an online component (since leaderboards and add-on support fall under that category.) The final cut will also have a split screen co-op mode when it most likely ships this coming fall.