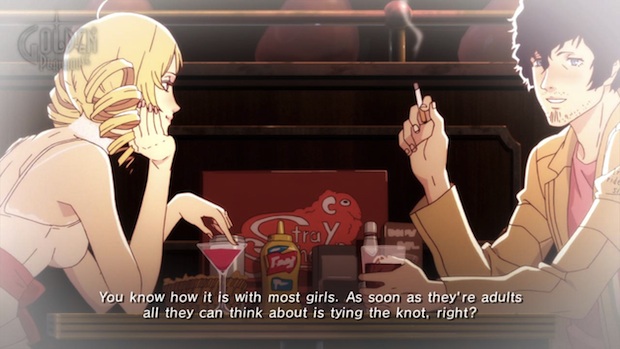 I wrote up a full Catherine preview earlier this year after playing a good deal of the Japanese version. There’s no point in doing that all again, right? If you did miss my preview, here’s the bulletpoints from it:

So now that we have this covered, here’s an update on the upcoming English version.

At E3 I finally had the chance to get my hands on the English version during a meeting with Atlus. It looks and sounds ready to go. I got to see English menus and text and hear English voice work for the first time, and it was all peachy. It looked ready enough for me to wonder why I couldn’t just have a copy right there and then.

My hands-on starts out in the confessional booth. A voice comes out of thin air. It’s not the voice of God or whatever. Wait, is that Yuri Lowenthal’s voice? Yes? Not Teddy (Persona 4), though. It’s different, but it does sound like an evil Teddy a bit. And now Vincent (Troy Baker) talks, and he sounds great. Perfect, actually. Two key voices sound great, and that means good things for this localization.

I started out right before the first boss battle. I embarrassed myself in the first boss battle. (Why did I go that way? Why did I do that?) It was worth the embarrassment to see the following cut scene, though. Vincent’s surprised reactions to the very forward advances of one busty blonde are even funnier in English. Cutscenes? Killer. The following open exploration at the bar? Nice. You’re not going to be disappointed with Atlus USA’s work on Catherine. They know it’s a huge title for them, and it’s apparent that they took great care with it. 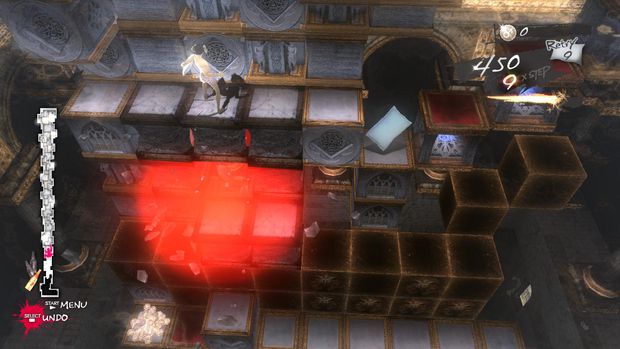 During my play I had a chat with Atlus’ Aram Jabbari about how to classify this game. Sexy puzzle time? That works for me. Aram says that Atlus Japan originally called it an erotic horror game. I think that misses the mark by a bit. Atlus USA has been calling it an action adventure/puzzle game, and that feels more right. Whatever you might call it, don’t let the sexy visuals trick you. This is a puzzle game with a great story that unfolds between puzzles. There’s also a fair bit of exploration and dialogue, but you’ll come away remembering the puzzle action most.

Atlus does admit that Catherine is a bit of a tech demo for how the team might do HD, current generation video games. It’s a beautiful first effort, even if it isn’t the RPG we all hoped for. Now Atlus and its fans have a good idea of what a current gen RPG would look like. I hope Catherine’s cell shading engine gets used again — I’m sure it will. 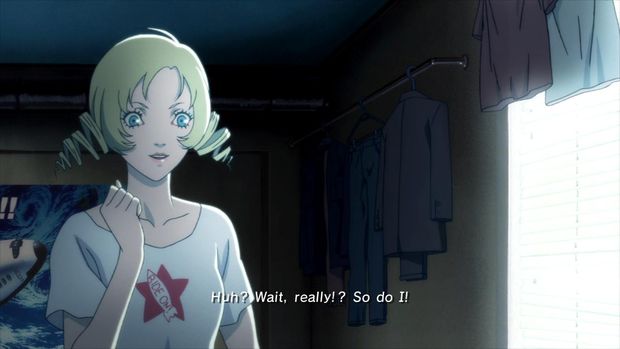 I never played Catherine‘s unlockable co-op mode until this meeting. It’s a good bit of fun, even if you’re terrible at it like I am. Playing as sheep that are trying to scale the pile of blocks first, two players can either help each other or screw each other over. Aram and I tried a bit of both during my session. Following the other player up the pyramid is dangerous as that player could easily decide to screw you over by disrupting your path. Even nice guys have an evil streak. After we both fell to our death a few times we decided to work together. In the end Aram let me win. Thanks, I needed that.

Catherine is sexiness, love triangles, talking sheep, drinking, cell shading, anime, confessions, boxer shorts and so much more that it doesn’t feel right to just call it a puzzle game. This game is unlike anything you’ve ever played. You’ll see come this July 26th.