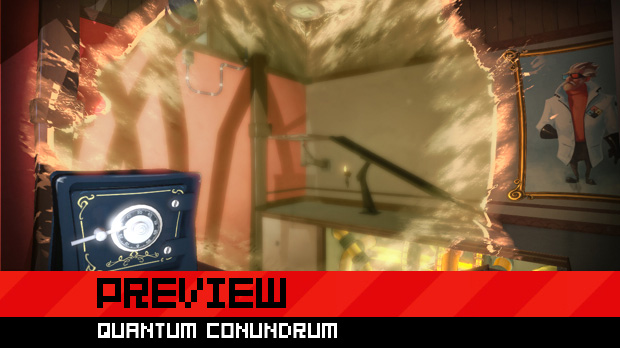 I had the pleasure of working through my first Quantum Conundrum play session with the help of its Creative Director, Kim Swift. After helping create Valve hit games Portal and both Left 4 Dead titles, Swift moved onto Airtight Games to bring this dimensional shifting delight to us.

I’m thankful that she was on hand at a Microsoft press event to help me push through some of the brain-twisting puzzle rooms in the very first hands-on session with the game. I’m also grateful that she tried stifling some of her laughter at my mistakes. Some. 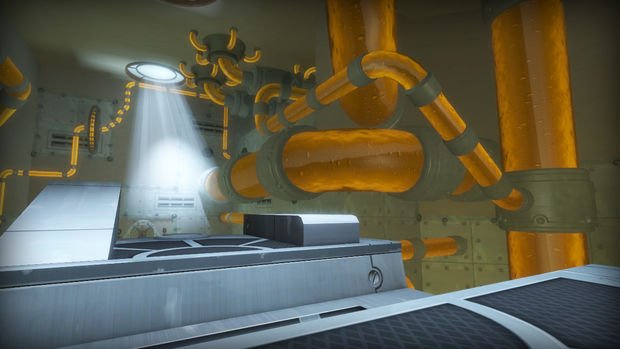 The game centers around an Interdimensional Shift Device that the player uses to navigate the twisted house of a crazed scientist. Players work through this home in a first-person view, pushing through puzzles that have them changing dimensions to manipulate objects in the rooms. The fun comes with learning how each of the four strange dimensions change material properties, and things get crazy when players need to alternate between two or more dimensions to solve puzzles.

Take the Fluffy Dimension, for instance. One of the first puzzles I encountered had me switching to this dimension to make heavy safes as light as cotton. I was then able to lift the safe to place it on a switch, and then switch back to the normal world to have its weight come down to press the switch and open the door. Easy, right? Later puzzles require a bit more thinking, like one that had me picking up a safe in the Fluffy Dimension, throwing it, and then quickly switching to the normal dimension while it was still in mid-air, sending the properly weighted version through a glass pane so that I could continue to another room. Or, throwing cardboard boxes and then switching to a heavier dimension to give them weight, also breaking glass. 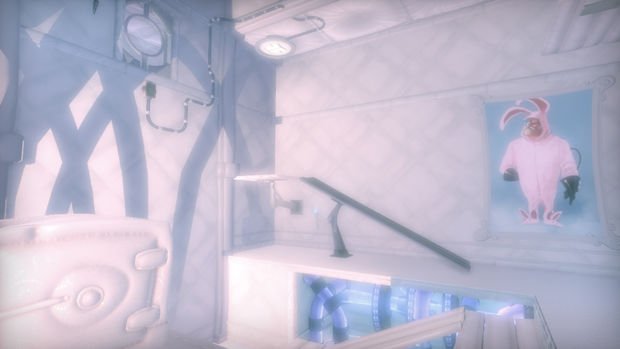 Scoffing at my need for Swift’s guidance? Try this one on: You may need to use a safe as transportation. You’d do this by switching to the fluffy dimension, then lifting and throwing a safe, switching to the slow motion dimension, jumping on it, and riding on top of it. If you needed to actually control the safe’s movement, you could by switching between the standard dimension and a reverse gravity dimension.

Many of the game’s puzzles are just like this, requiring you to really think about each of the four dimensions and how they can manipulate things in the rooms. Adding another layer of complexity is the need for one-time-use battery packs that fuel the Interdimensional Shift Device, and many of the room’s puzzles have you working to access these packs first before tackling dimensional shifting. Combine item acquisition, dimensional shifting, the combining of dimensions, some basic first-person platforming and you have game that’s likely to wring out every last bit of brain juice you have. Swift seemed to take a cruel joy in my struggles, laughing out loud at my failed attempts, though she was glad to eventually help out when I got stuck. 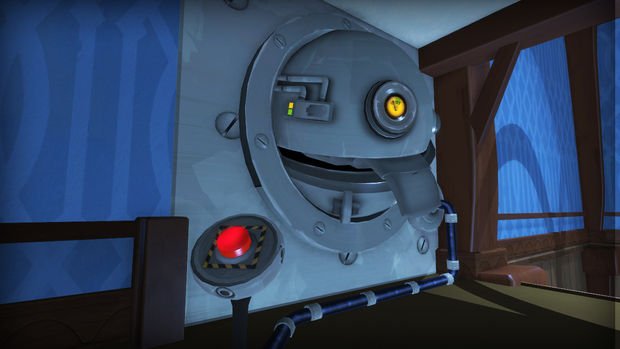 Quantum Conundrum has a quirky vibe that pairs nicely with its unique gameplay. The overall look of the game is a bit young and cartoony, but there’s a charm to it that people of any age should enjoy. Sharp eyes will notice strange details in the setting that change with the dimension. The game’s guiding narration is also quite funny and sometimes a bit off-the-wall. In one hallway, moving between rooms, the narrator randomly stated that he missed keytars and thought that they made everything better.

Influences from Swift’s first game, Portal, can definitely be found in Quantum Conundrum. But while Portal focused on manipulating the entrances and exits of rooms and how momentum could carry through them, Quantum goes way beyond that by playing with how the physical properties of the contents of rooms can be changed on the fly, making for more complex and creative puzzles. It’s a bigger and badder brain buster presented in a charming wrapper, and I can’t imagine anyone that enjoyed Portal not digging it.