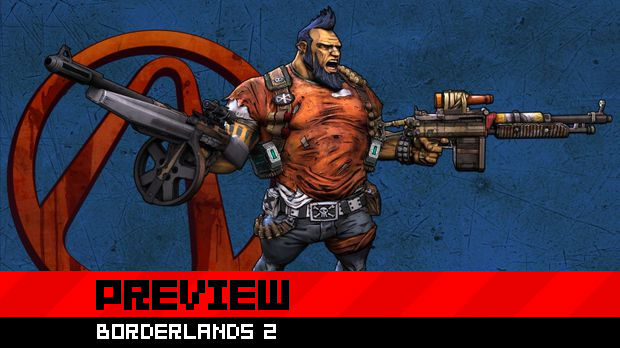 Gearbox announced Borderlands at a pretty crappy stand at gamescom a couple of years ago, and attributed a lot of the success they’ve had with the title to the response the game received by doing so.

This year they planned to repeat that success by showing off Borderlands 2, despite the game being pretty far from release. It looked like sequel is already shaping up rather nicely, with changes where changes are welcome and leaving the core that made the original so much fun intact. 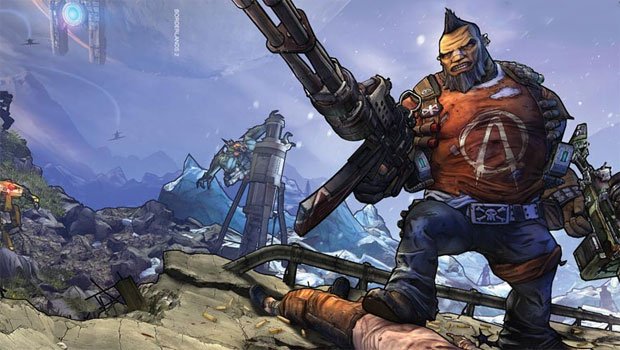 Although Borderlands was created as a new IP in a sea of sequels that it rebelled against, Gearbox’s Steve Gibson said he doesn’t hate sequels. He simply feels that yearly sequels that don’t innovate are a disservice to the fans. Since Gearbox doesn’t want to make that mistake with Borderlands 2, they are giving “practically everything” in the original an overhaul — starting by making the lead designer and lead writer work together from the start.

A great deal of improvements are being made to create a more believable, living and breathing world. The scenery now has more going on, like vents spouting plumes of gas or water, and the terrain is now a lot more varied. Anywhere you can look in the open world of Borderlands 2, you can travel to. There’s still some kind of natural border to the lands, of course, but from a high view you could see terrain types like a desert, snowy mountains, or grassy plains. 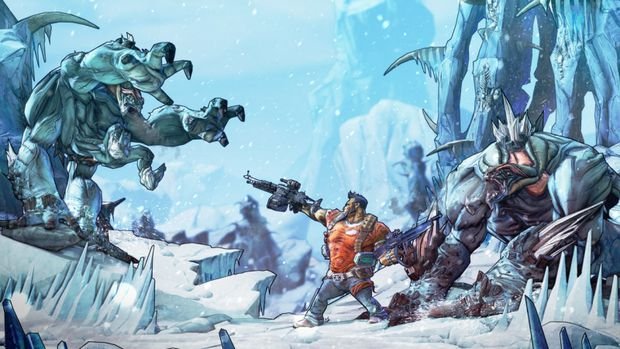 Another element that contributes to a more believable world, filled with more motion than before, is the upgraded AI. Enemies now move around more and do rolls to dodge your shots; they’ll follow you anywhere where you can move both laterally and vertically. When there is a group of enemies, the AI team behavior will adapt based on the state of enemy health and the kind of weapons they are using. If an enemy is being shot at, others will draw fire and try to flank you.

The bandits that inhabit the world of Borderlands 2 are now split into factions, which don’t seem to get along very well. One enemy called the Nomad Torturer has a massive shield with a Psycho Midget tied to the front. This Midget is not very happy about his situation, and if you can shoot him free, he will start attacking the Torturer which allows you to flank him and shoot him from the sides or from behind.

Even vehicles add to the focus on motion, as you can now perform powerslides when driving around and enemies react more naturally when you drive over them. That is, they don’t just stand there and die as you drive through them.

It wouldn’t be a Borderlands game without weapons, and Steve Gibson showed some of the new weapon system. A gun from manufacturer Tediore was described as being a “Walmart type of cheap gun” with a mix of plastic and metal to visualize its cheapness. Instead of reloading it, you throw the gun at an enemy for some damage and a temporary stun, and then start shooting with a new one. You can also throw it with ammo still in the gun, which deals increased damage depending on the remaining ammo inside of it.

Other weapons included an assault rifle with a gatling nozzle, and new Bandit weapons that have a heavy focus on giant clips over sophistication. The new weapons also encourage different combat tactics. For instance, some pesky enemies can be stunned by throwing a Tediore gun at them followed by shooting with a heavier gun while they are caught off-guard. 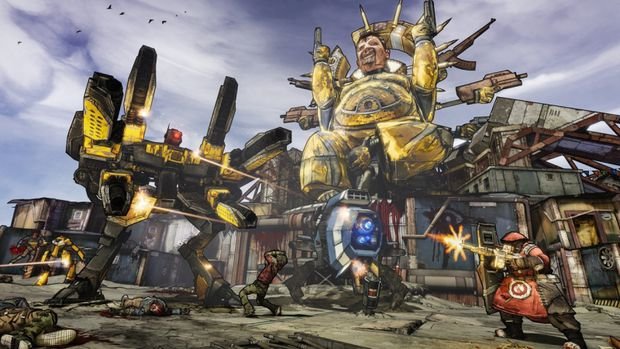 The four different classes in Borderlands 2 were not all shown, but one was: the Gunserker. This is a variation on the Berserker class, except with guns. Using its unique skill, you can dual wield any type of guns for a short period of time. In a demonstration of co-op play, the Gunserker was joined by a Siren — but a different kind of Siren than Lillith was.

Together, the two went on a mission to rescue Roland (the Soldier from Borderlands) who was being held captive on a moving platform. While trying to shoot him free, enemies keep you from your task as you follow Roland through the level. This was just one example of how Borderlands 2 will try to make major encounters like this more dynamic and fluid.

When the co-op duo finally reaches the end of the line for Roland’s moving transport, this thing shot out a bunch of flares that at first didn’t seem to do very much. That is until a moon base in the sky launched a group of enemy reinforcements down to the surface. Because what game doesn’t need a moon base that does that? 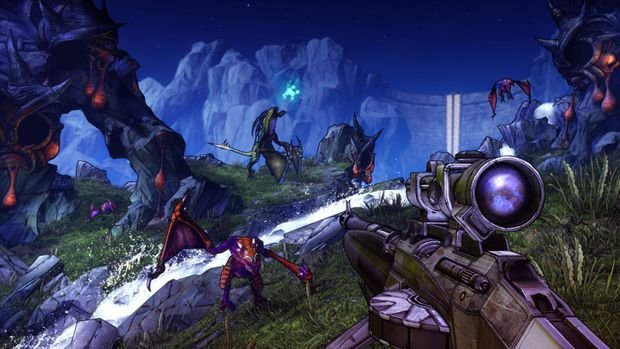 Gearbox is also taking some issues people had with co-op into account for the sequel. Split-screen players can go online, as long as they don’t join another split screen team due to tech constraints. Since some people played the first game online, but sometimes kept playing it solo when their partner had to leave the session causing quest desynchronization between players, there will also be a solution to this issue (although Gibson didn’t elaborate on this in great detail).

Even at this stage it looks like Borderlands 2 will offer more and more varied gameplay in a more engaging world than before. Basically, it’s Borderlands but better — who would’ve guessed?