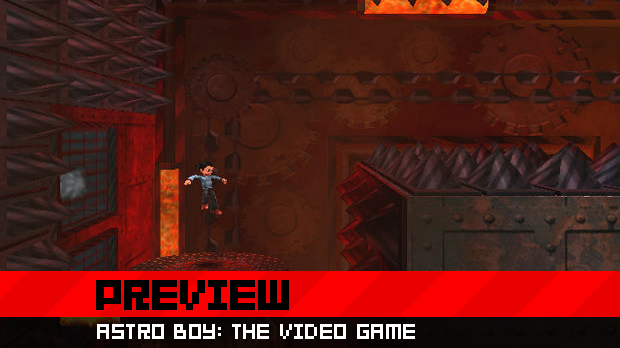 Osamu Tezuka’s classic title Astro Boy is an important piece of animation history — many cite it as the birth of the modern anime, with its debut on TV in 1963 (the manga started in 1952). And now, the character is getting a 3-D film from Imagi Studios, which you can check out the trailer for it here. Coupled with the release of the film is a game from High Voltage Software (The Conduit), and put out by D3Publisher.

What intrigued me about this title is that preceding this title (not directly) is the 2004 title Astro Boy: Omega Factor, an amazing shooter/beat-em-up developed by Treasure that really set the bar high for the people at High Voltage. And things aren’t any easier when they said they’re looking at Omega Factor as a source of inspiration.

So, how do they hold up? Find out after the jump, of course! 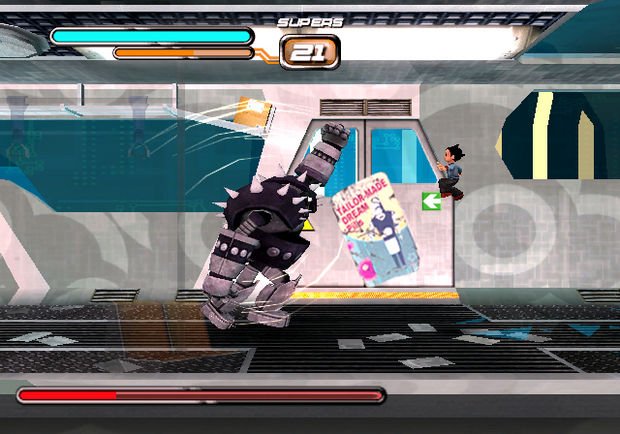 Much like Omega Factor, this Astro Boy title is a mix of shoot-em-ups and a brawler settings — focusing mainly on the brawler. Taking place in a 2.5-D environment, the game has you firing lasers, punching, kicking, and waggling about in order to defeat your enemies. I sat down to play this title on the Wii, the main development platform, and got a chance to hop right into the game.

They had a couple of segments set up, and the first one was a factory setting. Taken straight from the movie, this had me platforming, avoiding lava, enemies’ bullets, and timed jumps. If you’ve played any sort of Castlevania or Metroid title in the last decade, you’ve got an idea of how this is supposed to work. The controls are customizable to any fashion of play, but I stuck with using the nunchuck to move around and the Wiimote to jump, punch, and activate my super powers. 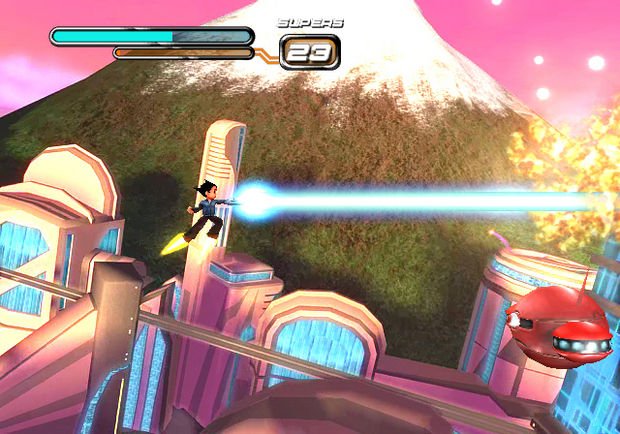 Super powers are something to be used liberally in the game: useful for absorbing enemy bullets to replenish your life, firing lasers, or butt-machine guns. They’re pretty much your first line of defense when dealing with the enemies and bullets in most platforming stages. And combat in these beat-em-up stages are where I ran into my first set of problems.

Normally, when enemies shoot missles and laser bullets, you would assume that you can shoot down the missles, right? That’s what I’ve learned from Metal Slug, Bionic Commando, and a host of other games like this. Missles are something you just need to dodge, in addition to the bullets that fly at you. One of the superpowers will let you absorb the ammo, saving you from certain death, but it’s a bit much to rely on superpowers simply to not get hit.

My other problem was with how slow the movement felt. This didn’t give off the atmosphere of a fast-paced action game, but something more akin to the pace of a platformer — this is something I’m fine with normally, it’s just that when dodging bullets, it just felt too slow. I would frequently get caught simply because the bullets flew too fast, and I moved too slow. 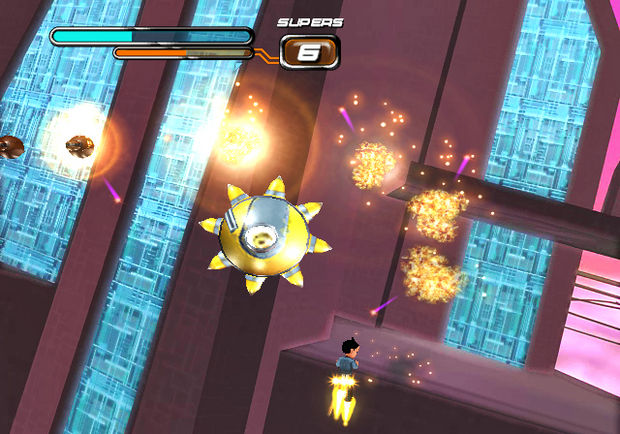 To move onto the shoot-em-up stages, which comprise some 30% of the game, it follows as you would think: a side-scrolling shooter where you attempt to take care of wave after wave of enemies and their bullets. Enemies will come out in familiar chains, and your job is to blast them out of the sky before they do it to you. Apart from the weakest of enemies, I had problems destroying even one chain of most of the characters that flew by. Sure, they took multiple passes, but even with that, it was almost impossible to destroy them, and with the superpowers, I didn’t even have a 50% success rate. Needless to say, I had a bit of trouble completing these stages.

I hate to damn this game to the category of the typical movie tie-in, but with the release date looming in the not-too distant future, there’s a lot of progress that needs to be made in order to try and work its way out of the shadow of Treasure’s title. Right now, the game needs a lot of visual polish, lest it remain looking like a several-year-old PS2 title, not to mention a lot of the technical problems that make the shooting simply frustrating to deal with.