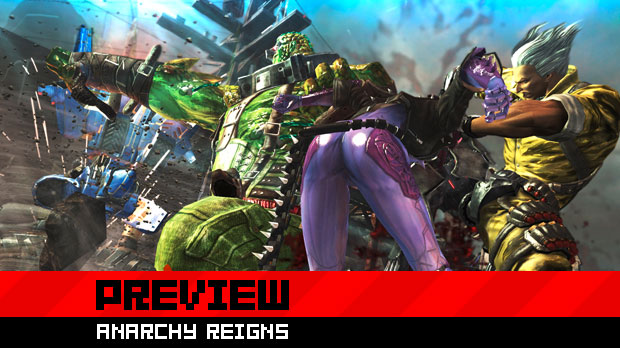 Anarchy Reigns is an over-the-top, fast paced brawler set in a futuristic post-apocalyptic world. Although the game stars many characters from MadWorld, it is not a direct sequel and the storyline is completely separate.

We were invited to sit down in Sega’s booth at gamescom where we got the chance to get some hands-on time with one of Anarchy Reigns’ multiplayer modes. 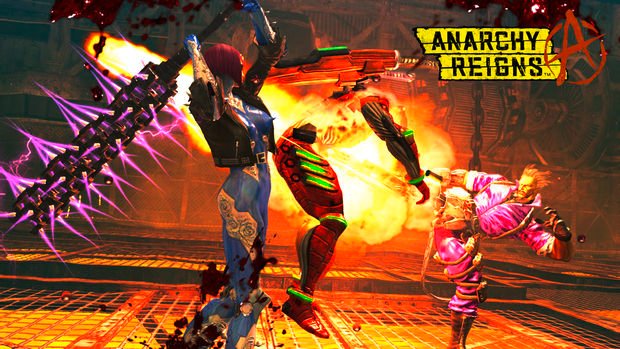 Anarchy Reigns’ single-player consists of two campaigns, with one starring Jack, the bounty hunter from MadWorld and the other starring a new character Leo, a government agent. These two campaigns are designed to give both the dark and light sides of the story.

The multiplayer mode we got to play was your basic deathmatch, but there are other modes such as capture the flag and cage fights. There is even a co-op horde mode where players can team up to defeat waves of enemies.

We played on a small map set in on a helipad located on top of a tall building. While we only played with four players, the game will support up to eight players. 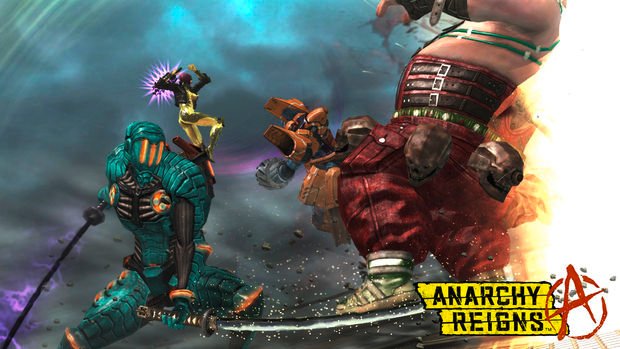 Jack and Leo are both selectable in multiplayer, as well as a bunch of other characters you will unlock from playing the single player campaign. Each character should control and feel different, and we were promised that no one character will be more powerful than another. Winning should come down to player skill and experience.

The controls are fairly simple. Tapping L1 locks the camera on to an opponent, and you can flick between targets with the right stick. Square and triangle perform normal and heavy attacks, respectively. Grabs and throws are accomplished by getting close and pressing the circle button. The player can perform killer moves by holding L2 to equip their weapon, and then use square or triangle to attack. Killer moves are more powerful than regular attacks, but can be more difficult to hit with.

I had a lot of fun in the three matches that I got to play. It’s easy to get into, and the combat is over-the-top and satisfying. My only concern is that, while fun, the combat isn’t very deep and won’t hold players attention for long. Hopefully the varied cast of characters and the different game types should be enough to keep players interested when Anarchy Reigns hits the shelves in January.