The original Tony Hawk’s Pro Skater holds a special place in my gaming heart, as it does in Conrad’s. I was fresh out of high school without a lot of money, and the addictive nature of trying to complete the perfect run eliminated the need for any other game. It was the perfect fix for when I was happy, sad, or just plain bored, and it only got better with the second installment — especially the Dreamcast version.

Unfortunately, the freshness that made the series so iconic began to wear thin with yearly updates that saw little innovation. There hasn’t been much to like for fans of the early games, but I received a sneak peek at a very early build of Tony Hawk’s Pro Skater HD, and it may be safe to say that the Birdman is finally back. 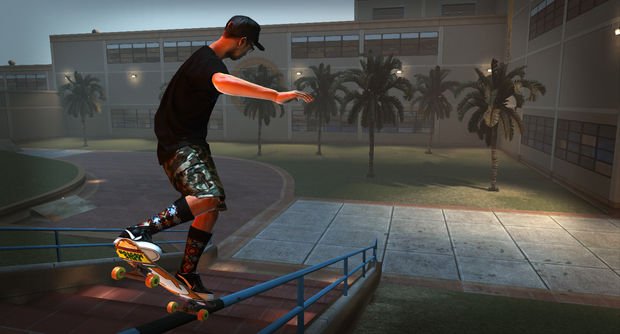 THPS: The Next Generation: It doesn’t take more than a second to notice how sexy Tony Hawk’s Pro Skater HD looks in, well, HD. But beyond that, developer Robomodo has acquired the original source code from Neversoft for their recreation. Thanks to that, every level should be 100 percent faithful, complete with the classic hidden S-K-A-T-E letters and those old VHS tapes — I mean, DVDs (they got an update, too!).

Return to glory: Forget all the crap in Tony Hawk: Ride and its godforsaken contraption. Controlling the Hawk is back to the way it’s supposed to be — with a controller. Helping further keep this classic ride smooth, THPS HD uses the scoring system from THPS2, which allows players to bust out manuals on the best stages from the first game. The revert, which forever altered the THPS landscape in the series’ third iteration, won’t be coming back, but Robomodo plans to update the remainder of the trick set to keep it current with the evolution of the sport.

Only the best: Seven of the best levels from THPS and THPS2 are getting the HD overhaul. While the Warehouse and School II are the only stages to be shown in screens so far, the Mall, Phoenix, Hangar, Marseilles, and Venice levels are all on the list for digital skaters to shred later this summer. 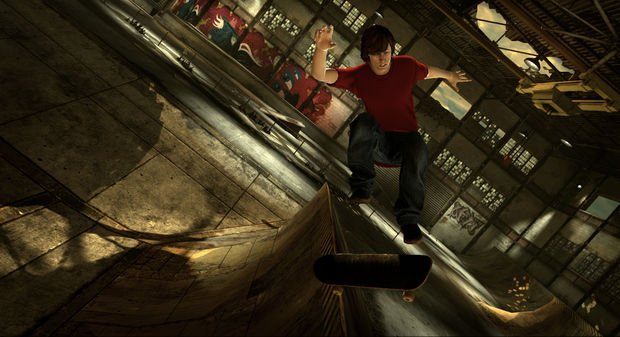 Something old and new: While it may be sad to see fan favorites like Bob Burnquist missing from the roster, there is still a fine mix of old and new to get excited about. Nyjah Houston, Chris Cole, Eric Koston, Andrew Reynolds, Rodney Mullen, Lyn-z Adams Hawkins, Riley Hawk, and both classic and current Tony Hawk have made the cut. Oh, and the cop and robot are hiding on the roster, too. Now let’s hope that Spider-Man makes his way back in and that evil red-haired ginger stays far, far away.

Music and multiplayer mysteries: Unfortunately, we still don’t know the fate of the game’s soundtrack. Will it be the seven best tracks picked from both games to accompany the best levels, or will THPS HD suffer the same fate as the Crazy Taxi remake? Nothing has been decided yet, so there is still hope. Activison also hasn’t discussed the multiplayer component of THPS HD. One will exist, but will it be online? Let’s hope the answer to that question isn’t too far off.

Tony Hawk’s Pro Skater HD should be downloading to your favorite home console some time this summer, and I personally I can’t be any more hyped. What I saw was still really, really early — the scoring system had yet to be implemented — but Robomodo appears to have the right foot forward when it comes to perfectly balancing nostalgia with today’s visual standards.