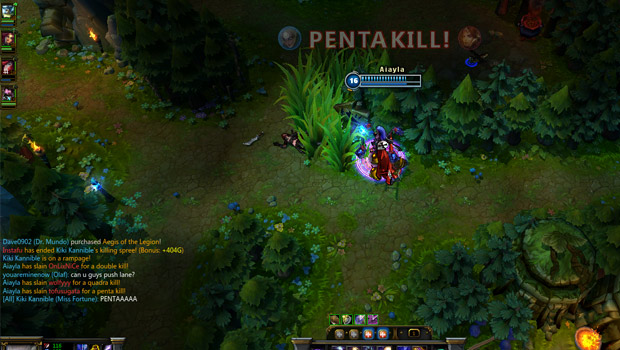 It wasn’t too long ago that big sweeping changes were being discussed about the future of League of Legends. Well, now it seems like the change has gone live on the main servers. To commemorate this, Riot games has put up a new website detailing the patch, dubbed the “Preseason Update.” Joshua “Jatt” Leesman and Ryan “Morello” Scott have also made the video above to go over some of the finer points.

Some of the changes are greatly welcome. Despite what’s been done to the jungle, I feel that the most exciting changes arrive for players looking to play support. Not only are there more support-focused items, but they seem to have the more significant effects tied to them. It also seems like the gold-boosting items, such as Kage’s Lucky Pick, build into them, giving these supports the freedom to contribute even more in a team fight through a greater variety of ways.

To those who consistently play the game and are familiar with the intricacies of it, these changes will make LoL feel fresh, but not completely alien. Already I’ve seen champions in roles that they would just never have been considered for in the past, though some might even be overpowered now. Riot has stated that it wants to get more feedback than what would be offered in the Public Beta Environment. So hopefully any inconsistencies will be brought to light and lead into a much better season of competitive play.

There is a big list of changes in the patch notes, but the website they made provides a much more thorough detailing to check out.

Filed under... #League of Legends#Patches#PvP