From login woes to slow downloads to missing buttons, it can be a pain to get your PSP, Vita, and PS3 libraries situated

After hearing the PSP, Vita, and PS3 store shutdown news last week, I was disappointed, but I wasn’t as fired up as some. More like all-around bummed and tired. We’re really doing this, Sony? Welp, okay.

With the recent clarification that we’ll still be able to download our purchases after the store closures (for the time being, anyway), I had planned to procrastinate on getting my libraries in order. July 2 – the PS3 and PSP store shutdown date – felt far enough away that I didn’t need to spring into action.

[Update: It’s hard to believe, but Sony has gone back on its store shutdown plan. While “PSP commerce functionality will still retire on July 2,” the PS3 and Vita stores are staying open for now.]

With that “I’ll get around to it later” mentality, on Friday, I began poking around various forums and communities to refresh myself on which digital-only games and cost-effective buys are worth looking into before it’s too late. Tomba costs how much on disc nowadays? Okay, sure, another PS1 Classic for the list. Next thing I knew, I was in the researching groove and I couldn’t help myself. I went a bit nuts. 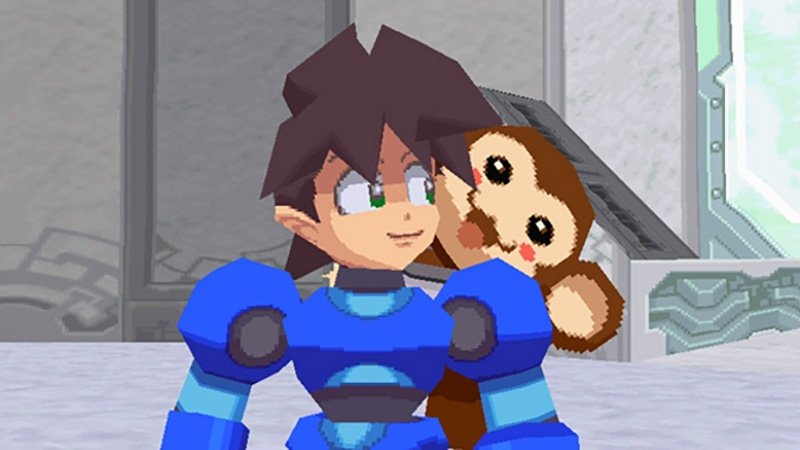 On the PSP and Vita front, I have a PlayStation Portable, but it no longer has a functional battery (the bulge got me). And while I never owned a PlayStation Vita proper, I did get a PlayStation TV back when they were super cheap – I just never bothered to do much with the little box after a cursory glance.

My PS3 is of the non-PS2-disc-playing variety, and I got it late in the cycle, so I never ended up getting many titles for it. Funny enough, most of my PS3 games are just cool, quirky, chill PlayStation Network indies – the exact kind of stuff that folks are now rushing to nab before the stores close in 2021.

You don’t need to know my whole personal PlayStation history, of course, but I’m briefly mentioning it just as a jumping-off point. After setting up my systems again, I found some games I wasn’t expecting – when the heck did I buy Ring of Red? – and I also realized I didn’t own everything I thought I did. 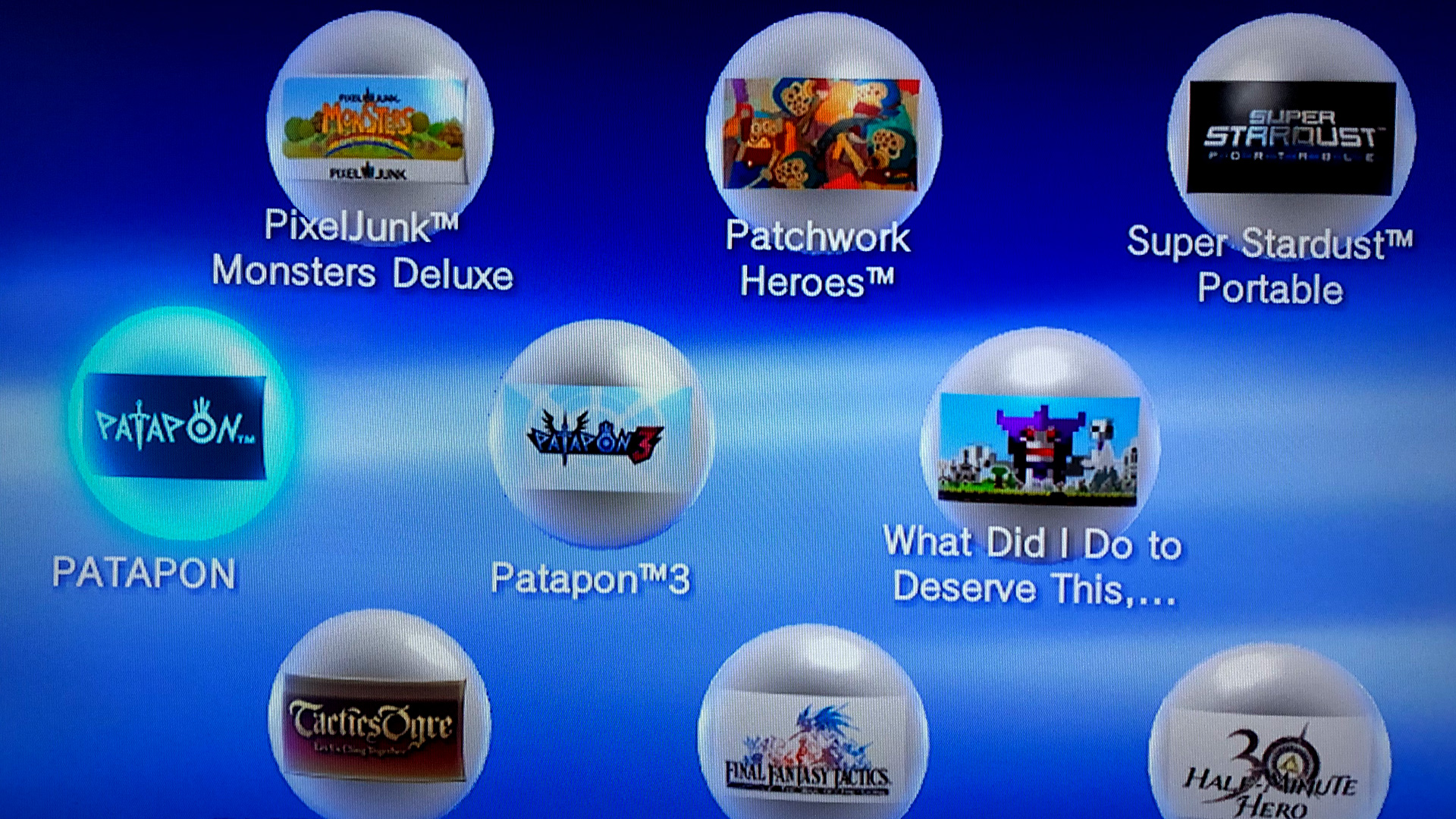 Whether you’ve sworn off Sony or you’re still open to the idea of buying digital copies of older PlayStation games while you’re allowed to, either way, I’d urge you to make a decision sooner than later. With the inability to check your “legacy” console libraries in a web browser, the bookkeeping process is a huge pain. I say that as someone who, again, doesn’t even own all that much digital stuff.

My first wake-up call was when I tried to log into these systems. I started with the PlayStation TV first, and while my account info was still there, my password gave me an error. As it turns out, I needed to authenticate my PS TV and PS3 login using a semi-obscure Sony page to generate a password.

Once I was logged in, I took stock of my PSP, Vita, and PS3 games and cross-referenced that with this very very helpful collection of game recommendation lists on ResetEra. Another good one: this list of games you can play on your Vita but only if you purchase them on a PS3 and then transfer them over.

If there’s a theme to this article, it’s that everything involved with preparing for PlayStation’s store shutdown is more time-consuming and finicky than it needs to be – by like an order of magnitude.

Case in point, the “add to cart” button (and, as a result, pricing info) is invisible for me on the PS3 store.

I had heard complaints about this recently, but seeing it for myself was wild. As a workaround for the missing button, every time I landed on a game I wanted to buy (a process in and of itself), I had to go down and highlight the “Overview” button, and then press up once and hit X to confirm. I’ve also read about purchases failing to go through, but I haven’t encountered any of those errors. Fingers crossed.

If you’re anything like me, you’ll want to fill in gaps in your PS1 and PS2 Classics collections on PS3 and Vita. It’s less than ideal, but in a lot of cases, it’s better to manually search for games than rely on the PlayStation Store’s incomplete lists. For the former, search “PSOne”; for the latter, “PS2.” That should bring up a big list of Classics for you to peruse. I’d also take notes as needed so you know which of your games are already installed – the Download List isn’t helpful or intuitive. It’s still a clunker in 2021.

Overall, though, it’s best to rely on comprehensive external lists of titles for your region of choice and manually search on a game-by-game basis. The PlayStation Store’s built-in search is lacking. 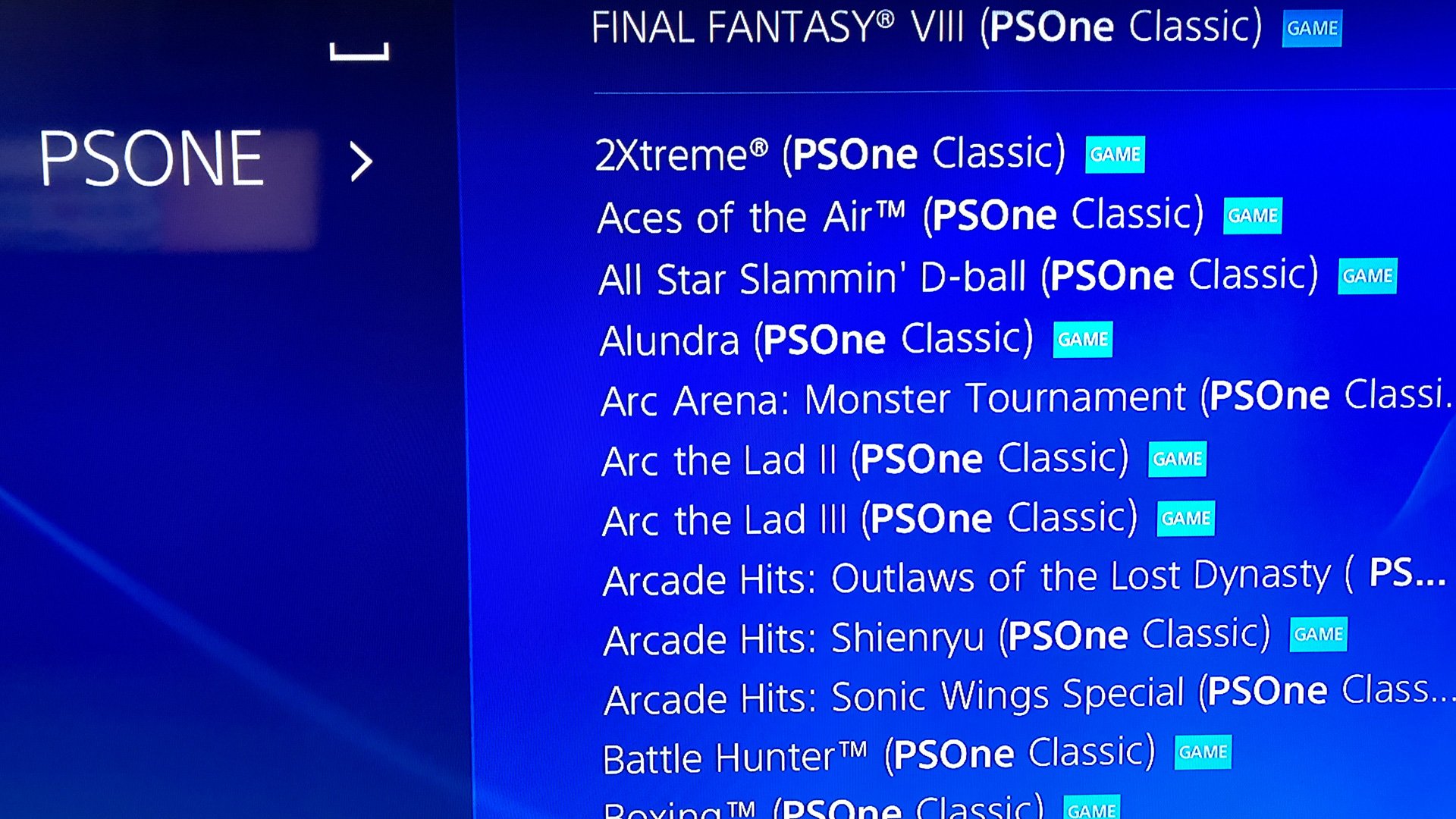 At the risk of rambling more than I need to, there’s also the matter of navigating the PlayStation Store and downloading, installing, and patching games in general on these platforms. It’s all much slower than I remember, and I didn’t have particularly fond memories in the first place. Come into this process expecting to babysit everything – even in the best circumstances, it’s going to feel like a project.

I ended up with a dozen more PS1 Classics including Mega Man Legends, Suikoden, and The Legend of Dragoon, as well as the Resident Evils (I’ll laugh if Capcom does modern ports later this year for the series’ 25th anniversary) and can’t-miss titles like Tactics Ogre: Let Us Cling Together. When will I ever get around to playing any of this? That’s a topic for another day – but I’m gonna try, honest!

I’ve only done the bare minimum, which is to say I got the games I wanted (and some I probably didn’t need), but I haven’t backed up anything or put in any additional time to future-proof my digital purchases. Those conversations are happening online, though. If you’re invested in your digital library for PSP, Vita, and PS3, I wouldn’t necessarily encourage you to start buying a bunch of old games you may or may not need before Sony pulls the plug on new purchases, but I would start figuring out a plan.

To anyone moving away from the PlayStation ecosystem in light of these shutdowns – or at least reconsidering their stance on digital purchases under Sony – I feel you. The brand took a big hit.