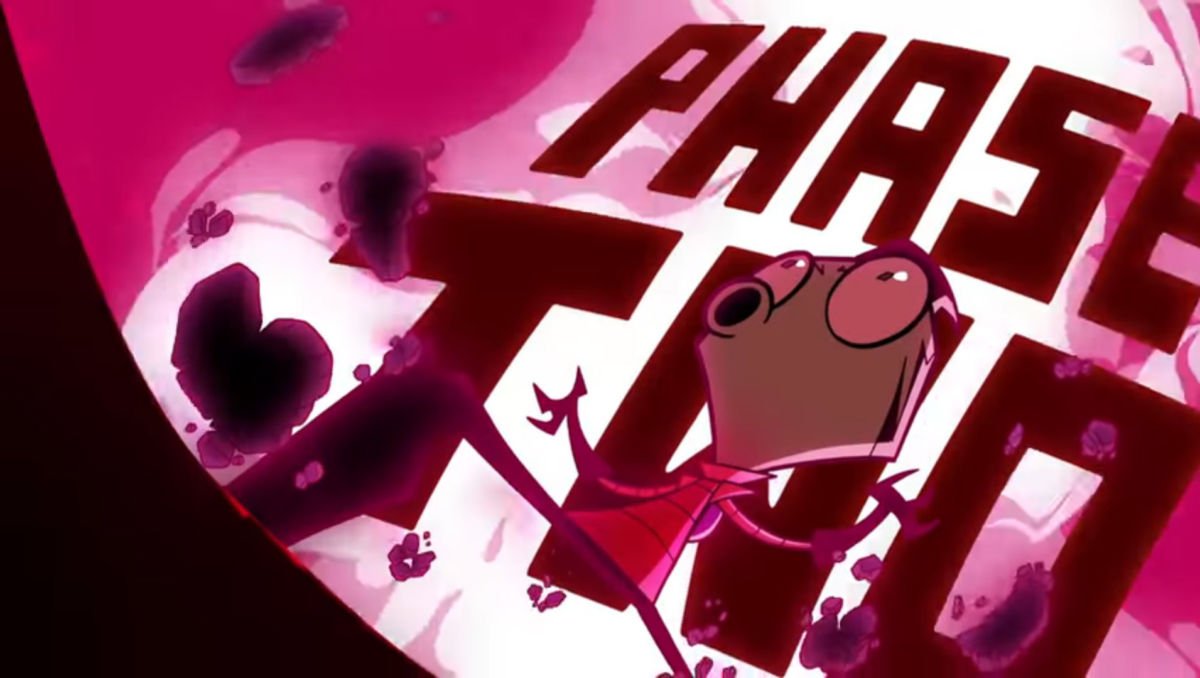 As fun as a room with a moose

When Nickelodeon announced last year that they were bringing back Hey Arnold, Rocko’s Modern Life, and Invader Zim for TV movies, I was floored. I grew up with all of these shows as a kid and I loved to watch them all on reruns, but my favorite, without a question, was Invader Zim. Whether it was its dark aesthetic, weird sense of humor, or how horrifyingly disgusting it could be, it was just something that I couldn’t ignore.

Time has passed and while we already got a look at the new Rocko’s Modern Life movie, which is still due to come out this year, we finally got a look at Zim’s latest outing, Invader Zim: Enter the Florpus. What is a Florpus? Who the knows, but it sounds cool.

The trailer was shown off for the special at Comic-Con, and while there is no dialogue whatsoever, we’re still able to piece together a few notes. All of our favorite characters are back, such as Zim, Gir, Dib, Gaz, the Tallest, and Dib’s dad, and Zim is preparing for “Phase Two.” I assume it’s phase two of his invasion, which Dib is going to try and stop and expose once and for all that Zim is an alien. Or we could get 90 minutes of Gir rolling in pizza and waffles. I’m not very hard to please.

There’s no sign of a release date, but at the rate Nick has been going with these TV movies of classic shows, I wouldn’t be surprised if we got it in 2019.