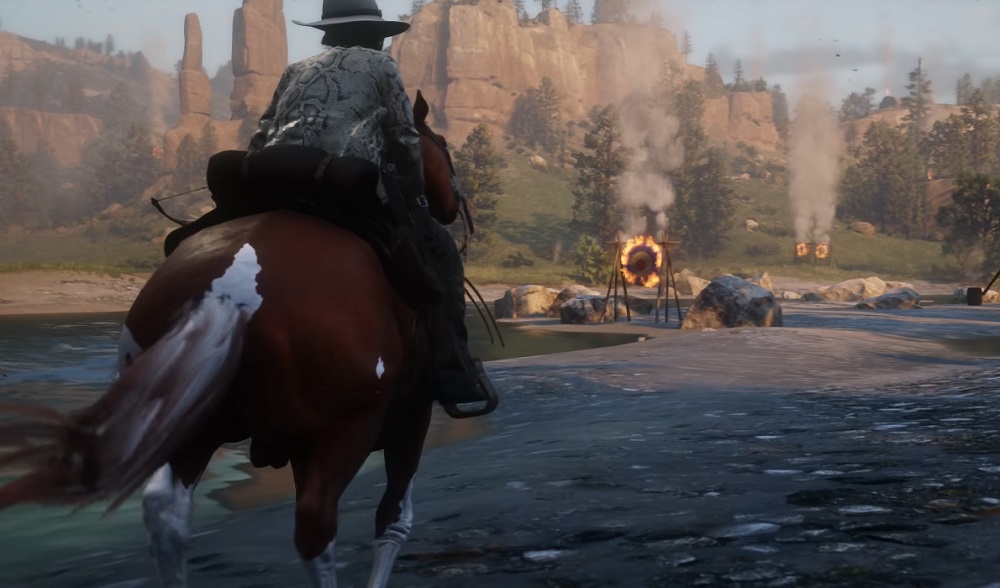 Rockstar continues to add new features, gear, weapons and modes to the online beta of their wild west sequel, Red Dead Redemption 2. A new update introduces an all new activity in the form of “Target Races”.

Players will take part in what could be considered a cross between a biathlon and The Wild Bunch. Although ostensibly a standard horse race, racers will have to keep their steed’s stamina up by shooting down various targets with an evolving arsenal of weapons, from bow and arrows, to revolvers and high-velocity rifles.

If that wasn’t enough, you’ll have to keep one eye open for your fellow riders, lest you find yourself in the firing line. The PS4 edition features a variation, Open Target Races, which takes place in an wider locale, as opposed to a strict race track. Also, for those wanting to reward their hoss for their hard work, there’s currently a 25% discount on all horse care products, as well as a 20% boost for all XP earned in activities.