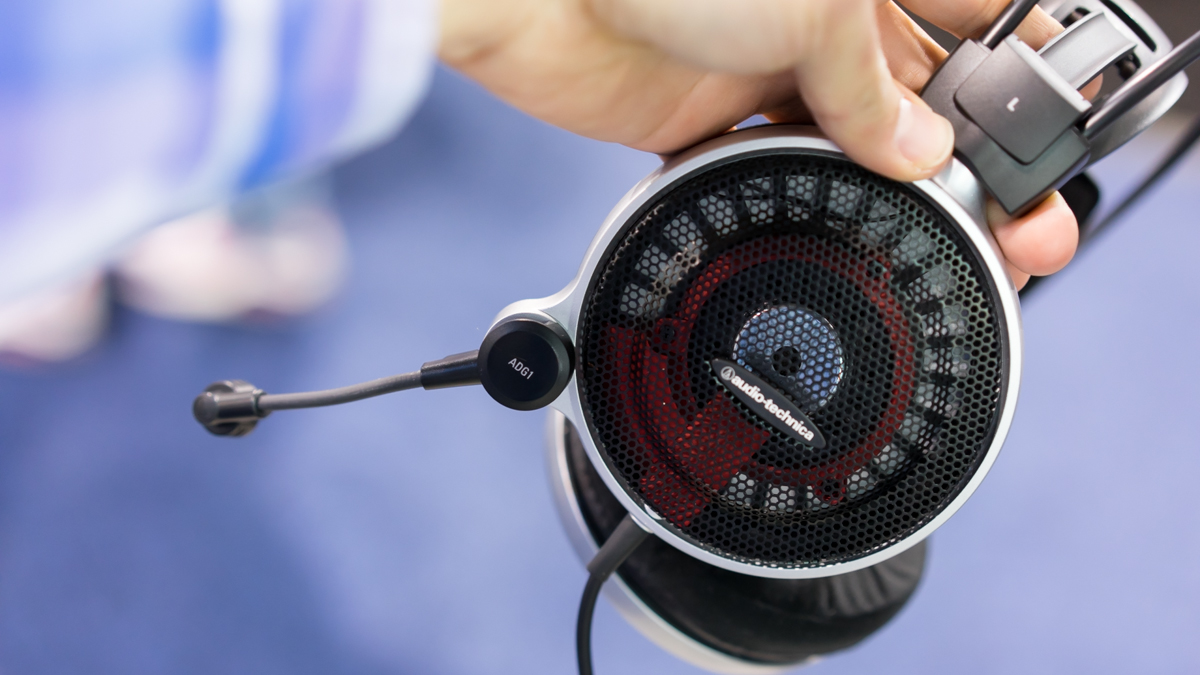 The business of gaming audio is growing so fast that the makers of many premium audio product brands are throwing their hats into the ring. Several new gaming headsets debuted at CES 2014, with entries from top names like Audio Technica, Sennheiser, Beyerdynamic, Klipsch, and Polk. These are all companies that know quality audio, and some are among the top names in headphones. Some of the third-party gaming accessories companies should start watching their backs.

Read on for our quick impressions of these new headsets from CES 2014.

Audio Technica’s two new gaming headsets both feature big 53mm drivers and “wing” support systems, just like their high-end listening headphones. The ATH-AG1 is a closed-back set that has plenty of low end for powerful explosions and booming bass. I dug the open-backed ATH-ADG1, which sounded clear, precise, and airy in contrast.

Both sets also feature a boom mic and a little clickable chat mute button. Even better, they both have detachable USB DAC units, complete with headphone amps.

While both sets sounded great in their own ways, and both were light and comfortable, they felt plasticy and looked a bit cheap in some of the trim work. The sound? Premium, for sure. But I was hoping for a bit higher quality build for the $349 asking price.

I don’t necessarily dig the Stormtrooper-ish black-on-white design of Sennheiser’s two new gaming headsets, the G4ME Zero (closed back design, $279) and G4ME One (open back design, $249). And I don’t care for the names, either.

But Sennheiser makes some of the best headphones in the universe, so we have high hopes for the audio quality. I played a bit of Killzone: Shadow Fall using these sets and quickly took a liking to how they sounded: full and accurate. The high level of noise on the show floor made it hard to do any critical listening, but from what I heard I expect these to sound pretty nice.

Despite not liking the looks, the build quality and comfort level of both sets was easy to appreciate. The velvet earpads on both are big and soft, and the headband is comfortable. Only the G4ME Zero had a foldable design, though.

A PS4 connection required an adapter that combined the headset’s two plugs into one single 1/8″ pin.

The 40mm drivers sounded nice from what I could hear in a PS4 test, but the ear pads weren’t blocking enough external noise for me to get a good listen.

The KG-200 has weird looking teardrop shaped ear cups, but they felt fine on my head. The back of the cups are plastic and felt a bit hollow, and the glossy black headband was already covered in scratches after two days of being on the show floor.

Both models feature several larges buttons on one ear. A rocker lets you adjust sound and chat volumes, and an EQ select button scrolls through four presets.

Polk’s Melee headset ($199) is interesting in that it is Xbox branded. Built-in signal processing lets you tune your phones to work best with certain gaming genres as well as with movies or music. These are really sharp looking sets that come in white, blue, and black.

We have a pair in the office that we’re currently reviewing. Check back later today for our full review.