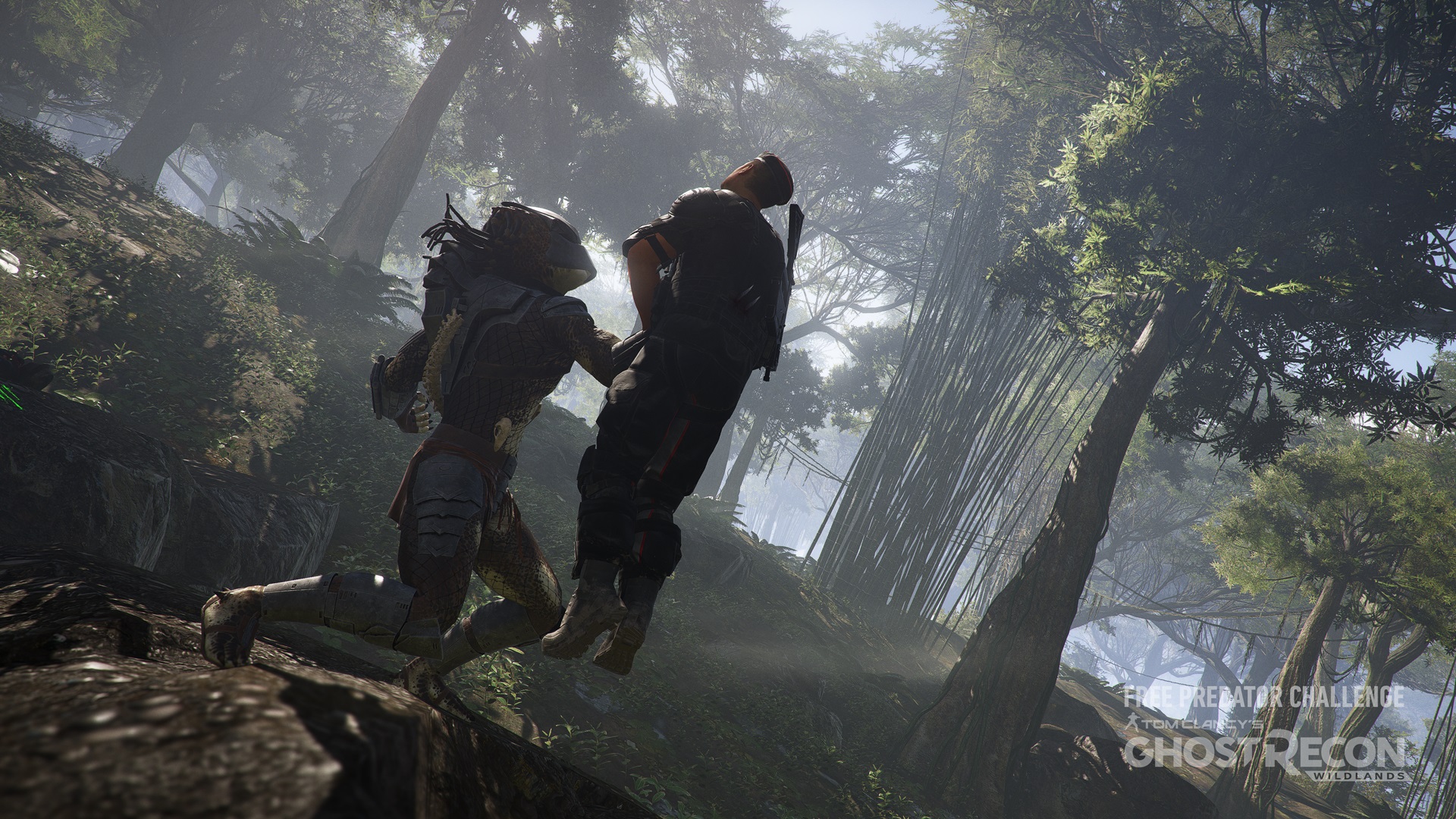 Predator is a movie worth watching 30 times in two months. It’s an all-world physique lineup — Weathers and Jesse “The Body” Ventura and probably Arnold too. It’s important to pack on mass. Much better than, say, Transporter 2.

Ghost Recon Wildlands just packed on mass, so to speak. Ubisoft confirmed what we had already suspected: Predator is coming to terrorize the jungles of Wildlands. Starting tomorrow, players are challenged to kill the Predator in a special free hunt event that runs through early January.

Those who manage to fell the Predator will earn exclusive in-game items, such as a Predator mask that features thermal vision. More importantly, they’ll earn their continued existence. Predator hunts for honor and for sport; you hunt for survival.