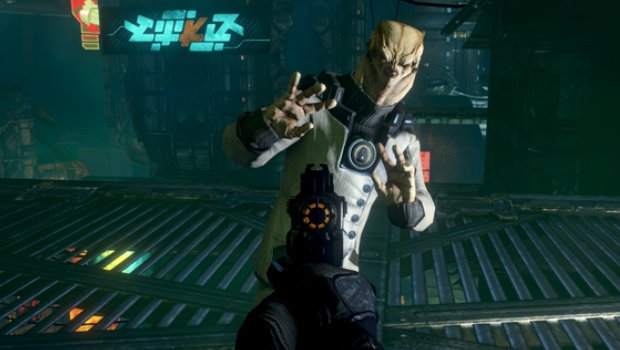 And more unconscionable reasons why I wasn?t playing Prey 2 a year ago

Yeah, I did a double take, too. Developer Human Head’s Prey 2, recently considered vaporware much to the chagrin of all of us who fell head over heels for the Bladerunner-esque title two years ago, resurfaced recently following some unexpected rumors. Namely, it seems that Human Head’s work on (and association with) the project seems to have been scrapped. The game will still exist under the name Prey 2, but essentially as a wholly new title developed by Arkane Studios (Dishonored) and slated for a far off 2016 release.

IGN, speaking to multiple sources in a recent article, seems to have more insight on what exactly happened between Human Head and Prey 2 publisher Bethesda. Allegedly, the publisher “denied further funding of the project, and started failing milestones,” reneging on supposed verbal promises to give the team more time it needed to polish and finish the game. A source said Bethesda was “”bleeding Human Head dry” and that the Human Head refused an attempted “hardball” buyout by the publisher despite lacking the funds to finish the game and being contractually unable to work on any other games on its own.

Development of Prey 2 apparently ceased in November of 2011. Bethesda waited out the remainder of Human Head’s contract, at which point the developer and publisher parted, the latter hanging onto the game.

It’s a damn shame and a loss for us all.