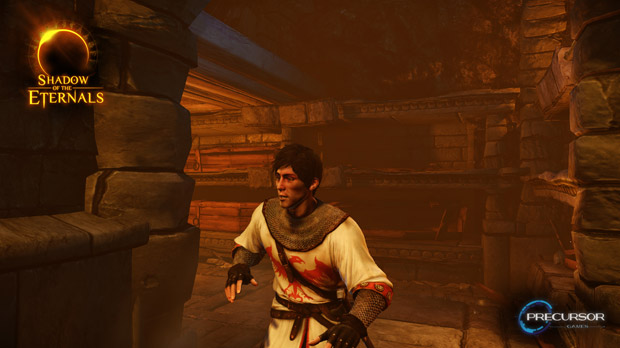 Kickstarter campaign to be temporarily shut down

The progress Precursor Games has made toward successfully funding Shadow of the Eternals has not been happening at the kind of rate that inspires much confidence. With two weeks left to go on the Kickstarter front, the studio has decided to “temporarily take down” the campaign on both Kickstarter and its own website on Thursday, June 6.

“This doesn’t mean we are going away — far from it,” reads an update from Precursor. “We’ll be re-launching the Kickstarter in just a few short weeks with a reveal of these exciting new developments.

“As we’re closing the current Kickstarter campaign not a single dime from this campaign will be removed from supporters’ accounts and everyone from our website’s crowdfunding campaign will receive full refunds via PayPal,” continues the post. “As we re-tool our campaign and continue development, the forums on our site will remain open and active and any interested fans can still join the ‘Order of the Unseen’ to see our progress and join in the fun of creating content for the game themselves.”

There are a number of worthy reasons to steer clear of the project, and although I think the developers are coming from the right place here — giving the people what they want, or at least attempting to — I’d be worried if I had money invested in Shadow of the Eternals right now.