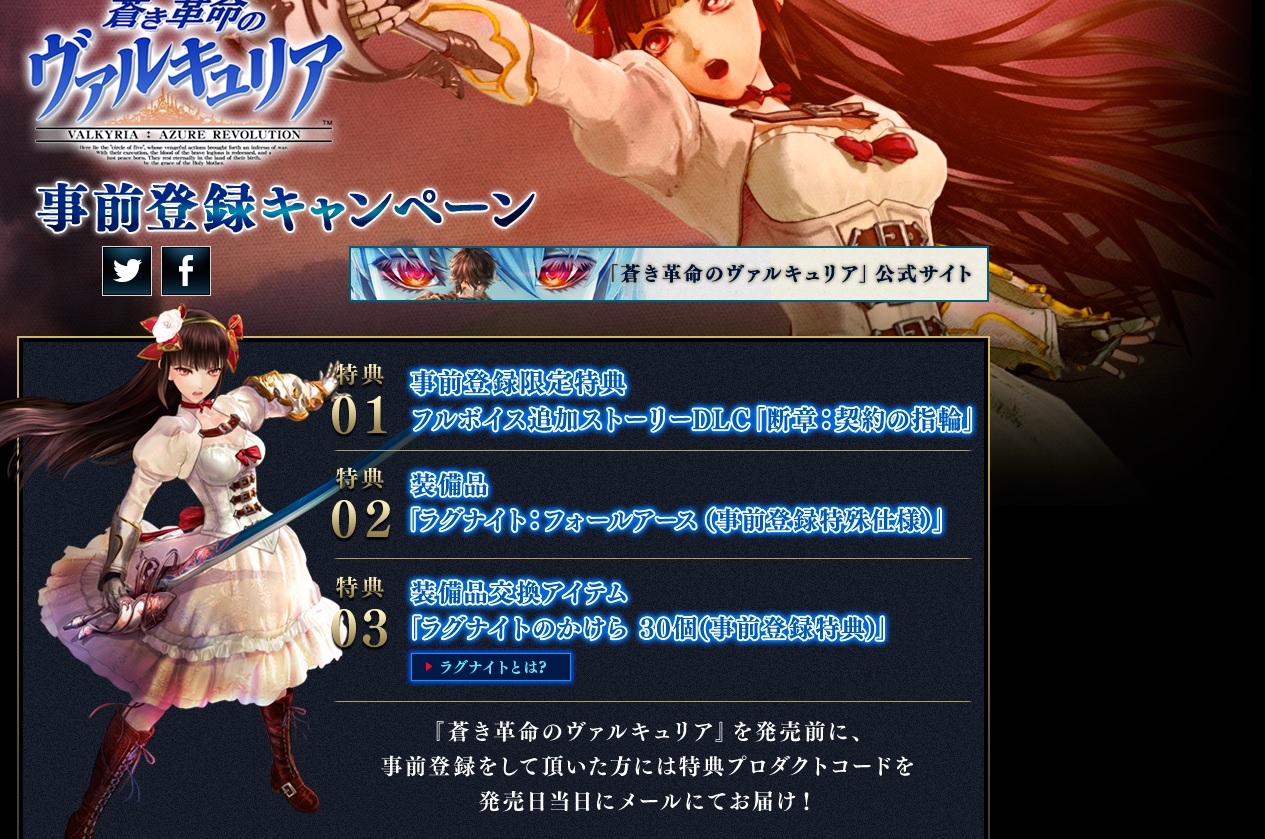 Valkyria: Azure Revolution has undergone a lot of changes as a result of its multiple demos, which have almost acted like a sort of early access program for PS4.

Sega is changing a number of things fans were upset about (like its overly action-centric focus), and there’s yet another demo coming soon — but this one is mostly public. They’re once again rolling out the TGS demo, but all you have to do is head over to the official site and sign up for it to nab the demo and a few item bonuses.

Just scroll down to the input box near the bottom of the page and put in your Japan PSN address. You should get a code on November 20, as long as you register before November 19. From there, you’ll be able to access the demo until January 18 — not bad!

It’s great that Sega has been listening to fans like this rather than rolling out a broken, poor game, but hopefully the finished thing is…you know…actually good, or all of this effort will have been for naught. I’d really hate to see the storied Valkyria series go out like this.